With a new location, a store need not keep to its old self. Surrender has taken that approach. If you think that you can still experience one of Singapore’s best regarded men’s wear store the way it was, it may be best to just hold on to your memories.

Flanked by Off-White on one side and Christian Dada on the other, the latest version of Surrender, previously known as #SRD268, is part of a retail triumvirate that dominates the first floor of 268 Orchard Road, the building whose market positioning is unknown. It also seems to have absorbed the street-style vibe of its immediate neighbours. “This isn’t the Surrender we remember,” a couple concurred as they browse quietly in the store on a Friday afternoon. Or could it be due to a loss of familiarity?

That, in itself, is not necessarily a negative, but the success of the over-two-decades-old Surrender, although fairly low-key, is based on a loyal fan base. The new space, designed by the Singapore collective Asylum, could either distance or entice. About a month after it opened, without fanfare, we’re still not sure where we stand. 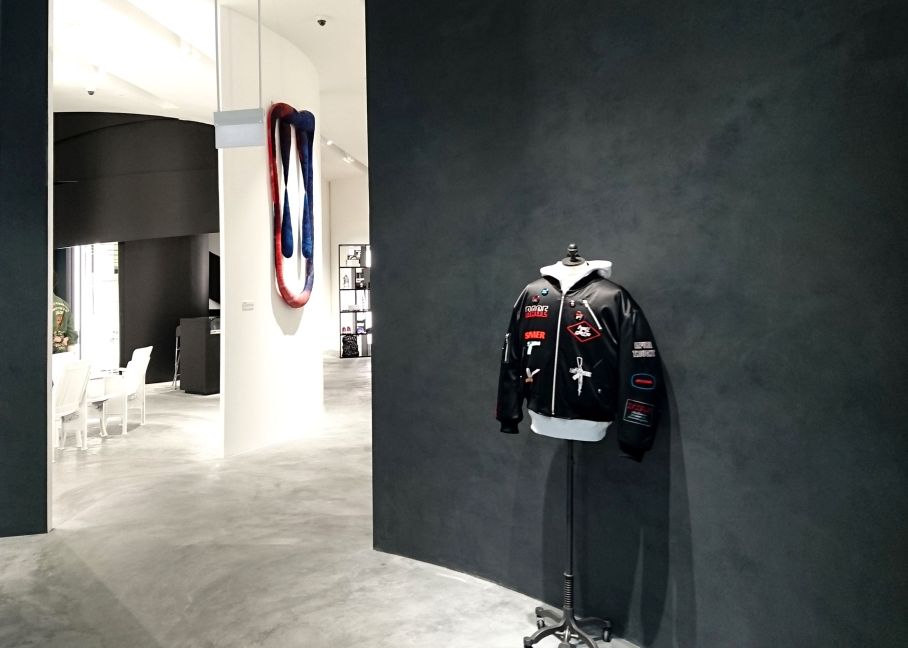 To be certain, this Orchard Road store is not unattractive, but it is no doubt strikingly different from its previous form. The first thing that hits you is the lack of warmth. Here, unlike in Raffles Hotel Shopping Arcade, the space is based on the black-and-white-wall, concrete-floor variety, which clearly contrasts the former’s wood/carpet/cabinetry amalgamation.

The layout isn’t so straightforward either. A circular central area, within which appears to be a sort of event space, is demarcated by curved, not-level walls—the spot, while effectively creates an otherwise non-existent zone, distracts shoppers from noticing its regular shop confines. Lower-case-N-shaped, railing-style metal racks line the perimeter and curved walls, hinting at an industrial bent, but could be there to lend the space the presently important street cred. 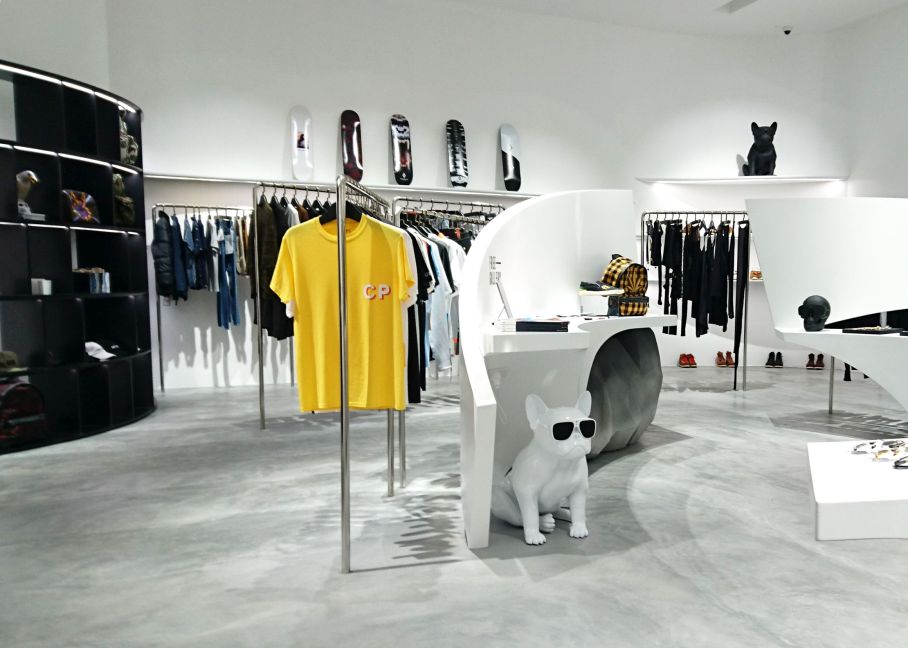 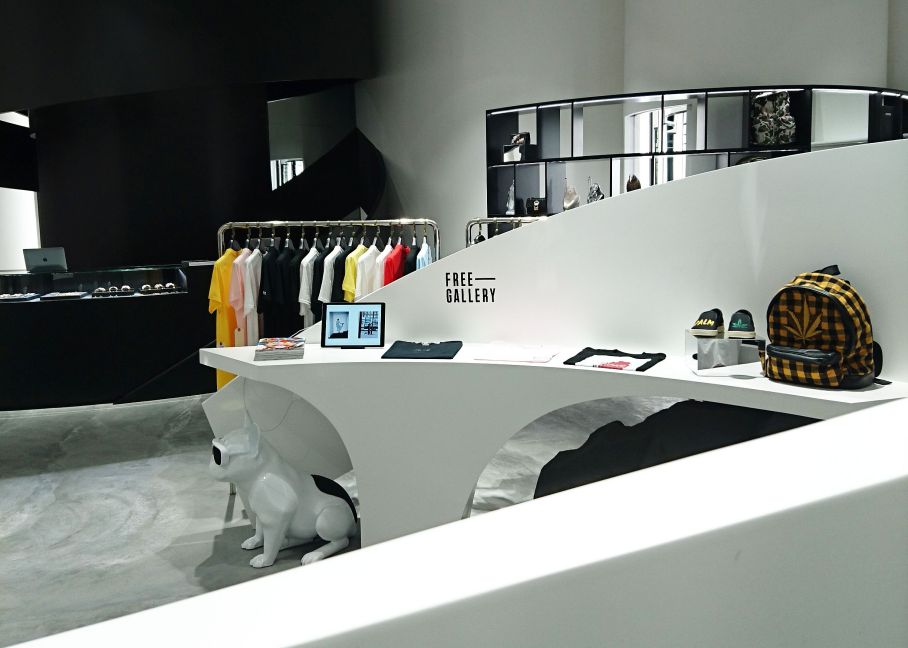 On these racks, the clothes—now including some women’s wear—at a quick glance also seem divided from the former mix, which was heavy on Japanese labels. No doubt, the best-selling Neighbourhood and some compatriot names are there (a reduced total), but they seem overshadowed by new European and American brands that appear to bank on edginess than substance to stand out. There’s also a Goth undercurrent that, to the store’s followers, is not a part of the aesthetic of the past. Could this be the consequence of merging the original Surrender and Salon by Surrender (formerly at MBS)?

It is tempting to assume that Surrender’s parent company D’League is taking a different path. The opening of both their Off-White and Christian Dada stores in the same location hinted at Surrender’s meandering off their former track. We just did not see it sooner. But the change is not all that surprising when savvy retailers are expected to react to shifts in the marketplace. If the traffic at Off-White is any indication, the streetwear-and athleisure-heavy merchandising of Surrender is a logical progression for the business. 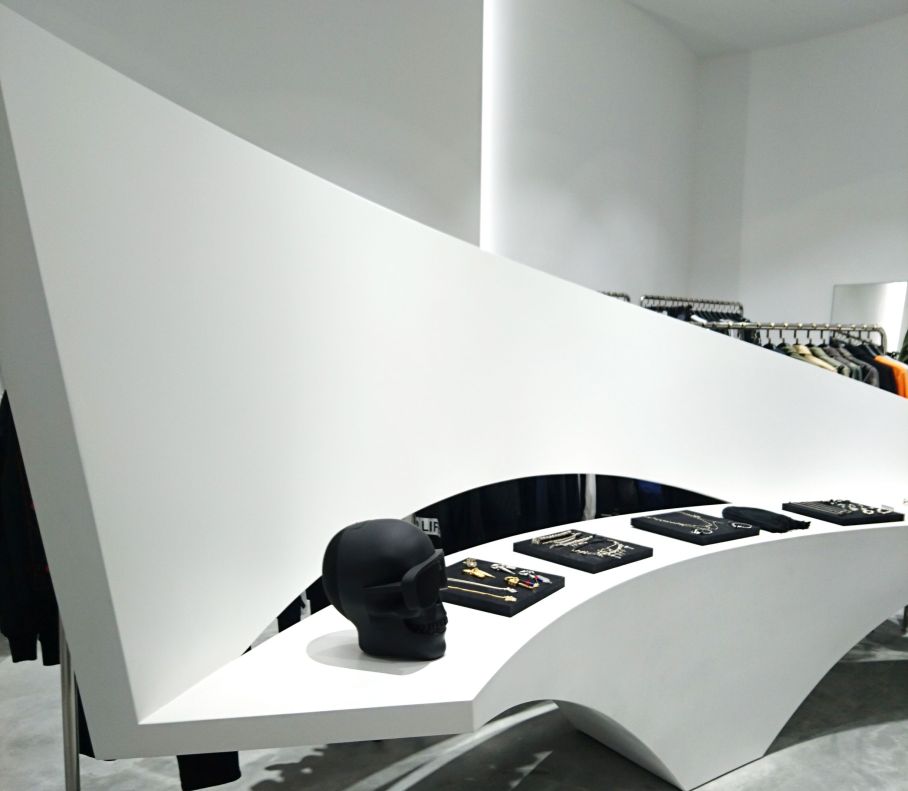 What, perhaps, is more alluring is the new sneaker space. Here, you’ll find sneakerhead faves such as Visvim and limited-issue Nikes and every rich kid’s preferred footwear Buscemi. They’re all arranged neatly on rows and rows of shelves, rather than mostly on the floor at its former location. This part is a separate cocoon of a space and, despite its fluorescent-white light, feels the comfiest and most inviting.

Surrender, the way we see it, isn’t an update; it’s a reincarnation.

The new Surrenderstore  is at 268 Orchard Road. Photos: Galerie Gombak

One thought on “Giving In To The New Surrender”