Not many women designers from Japan get to take the world by storm. Rei Kawakubo did in the early ’80s after facing initial ridicule and derision. The setbacks, if it they can be so called, however, lead the way to the upcoming exhibition dedicated to her at the Metropolitan Museum of Art in May next year. Ms Kawakubo would be the only second living designer in the Costume Department’s history to be given the honour, after Yves Saint Laurent in 1983, following the debut of Comme des Garçons (CDG) in Paris two years earlier. Chisato Abe, the designer behind the label Sacai (actually her maiden name), did not have it quite as hard and daunting mainly because she came into her own in what may be considered the post-Japanese era.

Sacai is no CDG, but Chisato Abe is not an isolated designer working in an obscure corner of Tokyo, selling her wares in a small shop in the hipster neighbourhood of Kamimeguro. In fact, the Sacai flagship, opened in 2011, is in the swanky Minami-Aoyama district where edgier Japanese designers tend to concentrate. The red-bricked building, although situated in an area where Prada, Costume National, the Embassy of the Kingdom of Morocco, and the two-level shopping complex Glassarea are neighbours, looks like an unlikely spot to house Sacai’s eye-catching designs—you’d expect to find a convenience store here. But it is here, far from the maddening crowd that is the nearby Harajuku that fans get an appreciative peek into the world of Sacai. 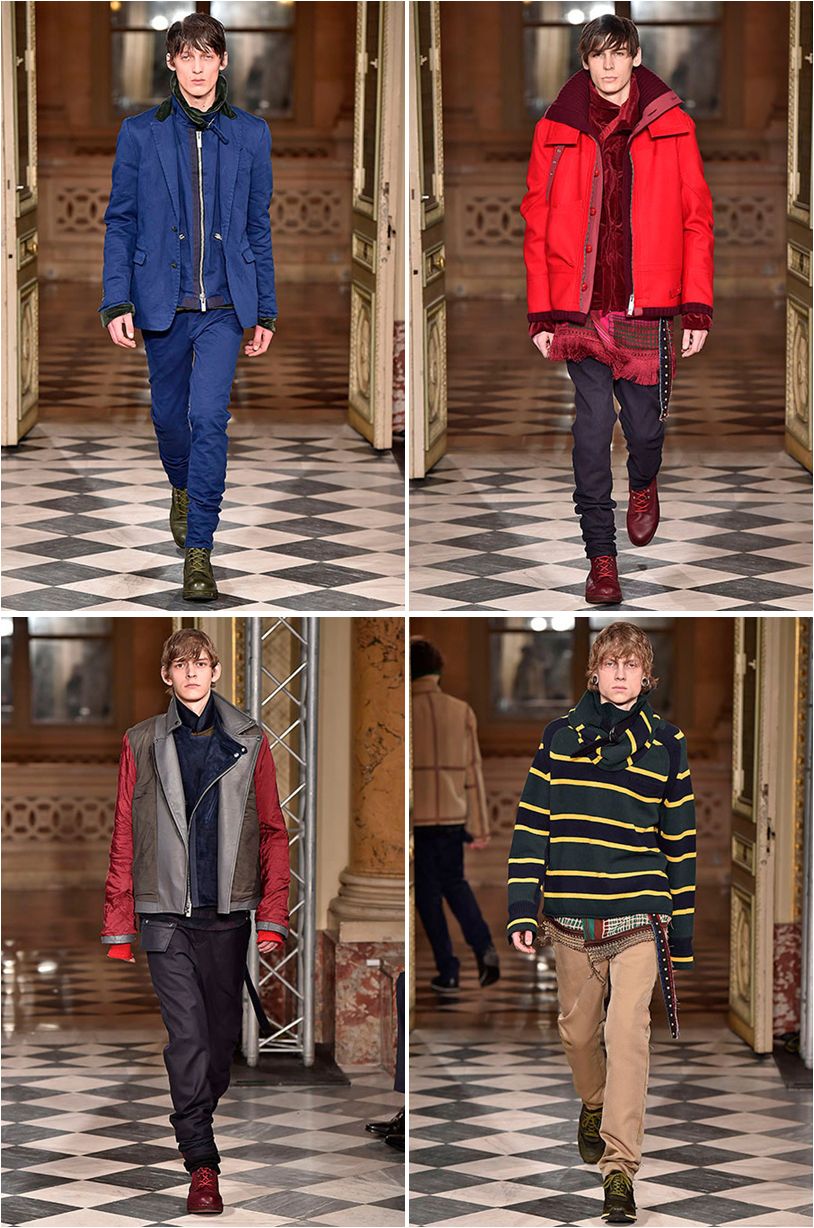 Ms Abe cut her teeth at Comme des Garçons before assisting Junya Watanabe (also under the umbrella of CDG designers) for 8 years, both experiences the ideal springboard to her own line. Sacai was established in 1991, after the birth of her first child (interestingly, Ms Abe is married to another-Japanese-label-to-watch Kolor’s Junichi Abe). Despite her design pedigree (she’s also know to be a talented pattern cutter), she does not create what she described to the media as “typical Japanese design”. She said that what she does is “more international”.

And it is on the international stage that Sacai has won accolades and the loyalty of many a fashion editor. The label debuted in Paris Fashion Week in 2012 with the kind of response her former employer received only after the world realised they were witnessing history in the making. Ms Abe has said that she learnt well at CDG and that Ms Kawakubo herself has told her “to be your own designer and create what you want.” And she did just that, producing striking clothes that, unlike some of her fellow CDG alumni, do not even hint at a Rei Kawakubo hand guiding the designs. 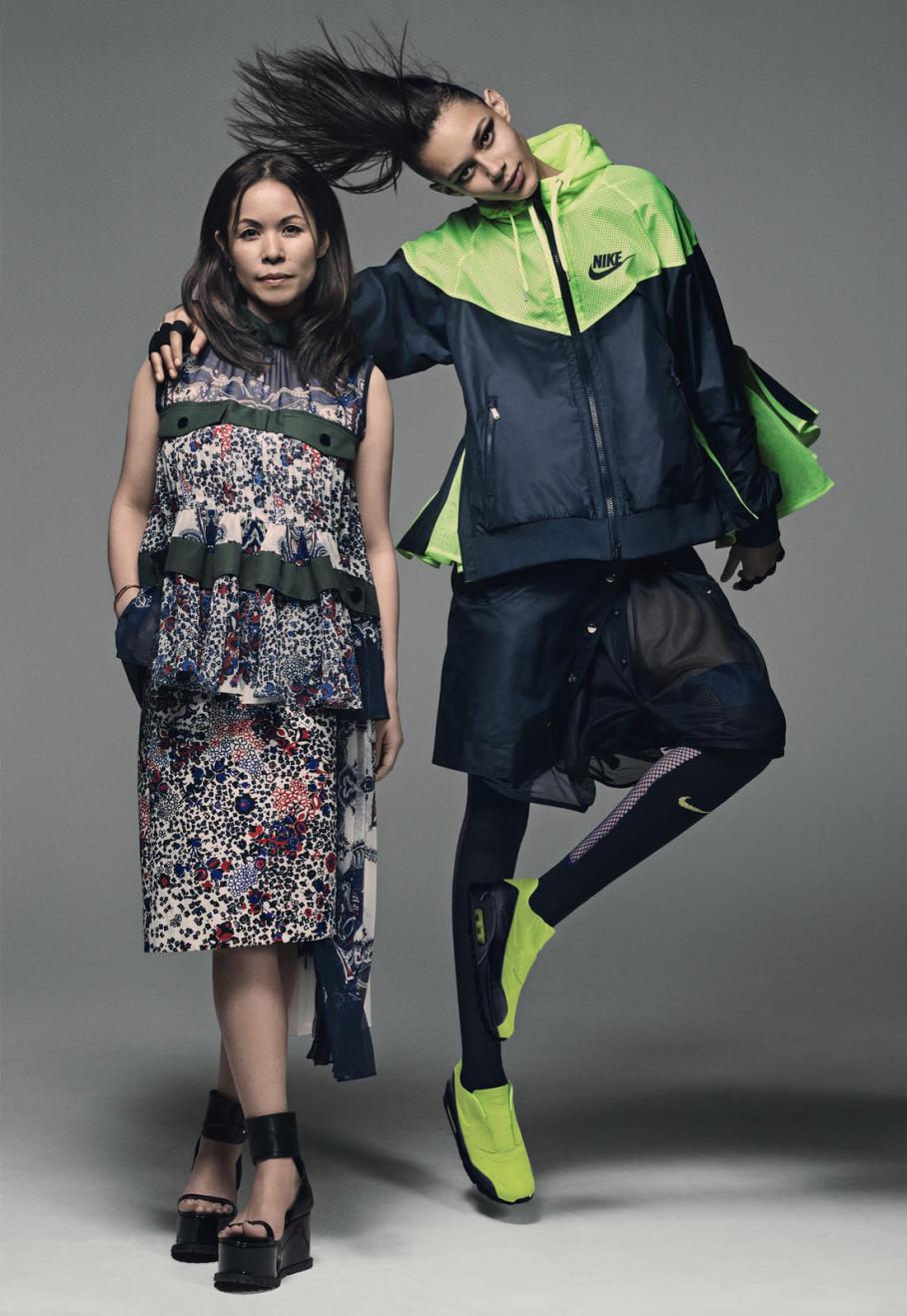 So confidently executed was her work, so sure her voice and so ardent her audience that in no time, she was collaborating with multi-billion-dollar brands, such as Nike last year, in her first sportswear collaboration. The Nikelab project showed that Ms Abe was ready to take on new challenges. Those pieces, based on classic Nike men’s track wear, turned performance-enhancing athletic apparel into visually stunning Sacai clothes that women were buying not for jogging in a city park (where you would need good-looking clothes rather than regular gym togs), but dancing at the chicest downtown clubs.

That she would chose to pair with Nike was not surprising as her former boss, Junya Watanabe, is a Nike fan and serial collaborator, and his taste could have rubbed off (her husband’s Kolor, interestingly, paired with Nike’s greatest competitor Adidas!). What makes her take on Nike exceptional is her willingness to incorporate her sense of quirky femininity into sports clothes that, by definition and function, have to be frills-free. Yet her tops and jackets have pleated and swing backs that open up like a ballerina’s tutu when in sporting motion. 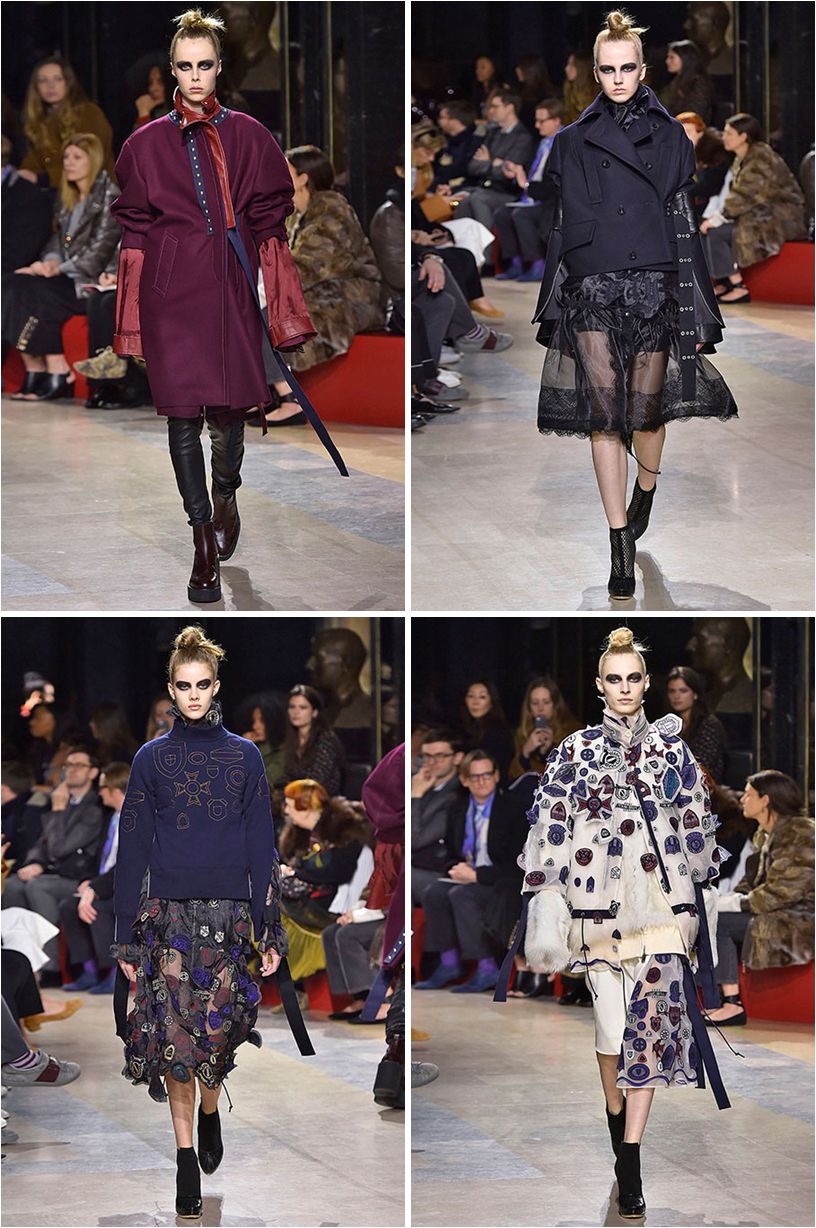 Sacai’s appeal is, perhaps, best encapsulated in those unexpected backs. Her clothes, in fact, do not have fronts and backs that correspond to conventional fronts and backs. She designs by looking at every side of the garment, improving and surprising where you do not think improvement and surprise need exist. She likes bringing contrasting elements together and often pairs military and utilitarian details with totally feminine components such as floral silk chiffon fabrics, proving that masculine touches can enhance femininity, rather than overt, skin-baring sexiness. For all her avant-garde tendencies, Sacai looks decidedly approachable; the clothes do look like clothes, wearable to boot.

Ms Abe may claim that Sacai is not “typical Japanese design”, but the brand is Japanese at heart, and the creative output can only come out of Japan. After that first wave of Japanese designers in the early ’80s, many observers think subsequent Japanese designers are not capturing the world’s attention like they used to. Their distinctive aesthetic, after 35 years, is perhaps no longer as particular or idiosyncratic. It’s not even sub-cultural, now that it has crossed so many borders, and aped by so many designers of the West. In addition, neighbouring Korea is attracting awareness with their kooky streetwear. But Japan, ever the relentless re-inventor, is still quietly challenging the standard issue. Sacai is leading the pack, cut by cut, fold by fold.