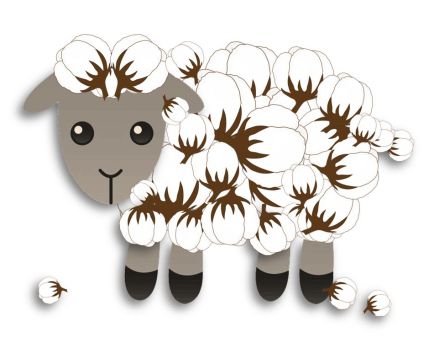 Social media is having a blast! We finally learned that, since the beginning of time, we’ve been duped. Cotton, in use as fabric since at least 2,300 BC, is now believed to be derived from the quadrupedal and ruminant mammal we know merely as sheep. According to one learned minister in a video interview published yesterday, we “don’t have too many sheep in Singapore to produce cotton”. Does that mean wool grows as a boll and comes from a shrub? The truth. At last!!!

Wait! The belief that cotton comes from sheep, isn’t a recent one. Apparently, back in the Middle Ages, trending were stories, including possibly the songs of the goliards (the young who wrote satirical Latin poetry) of a fantastical part-lamb, part-plant living thing that produced cotton. This creature, it was said, helped sell the travel tales of writers often referred to as “fabulists”. Known as “vegetable lamb” or barometz, they fuelled the imagination of those who were unaware of the genesis of cotton. Did the minister read one of these books and was duly informed?

Looks like all the nursery rhymes we have learnt in kindergarten have been mis-written! We have been fed alternative facts all our lives! Oh, Ba Ba Black Sheep, have you any cotton? Mary’s Little Lamb, are your cotton as white as snow? Thank you, minister, for clearing that up!