As the unrest in the US over the death of a black man under police arrest rises, arsonists are burning police stations and looters are targeting Louis Vuitton 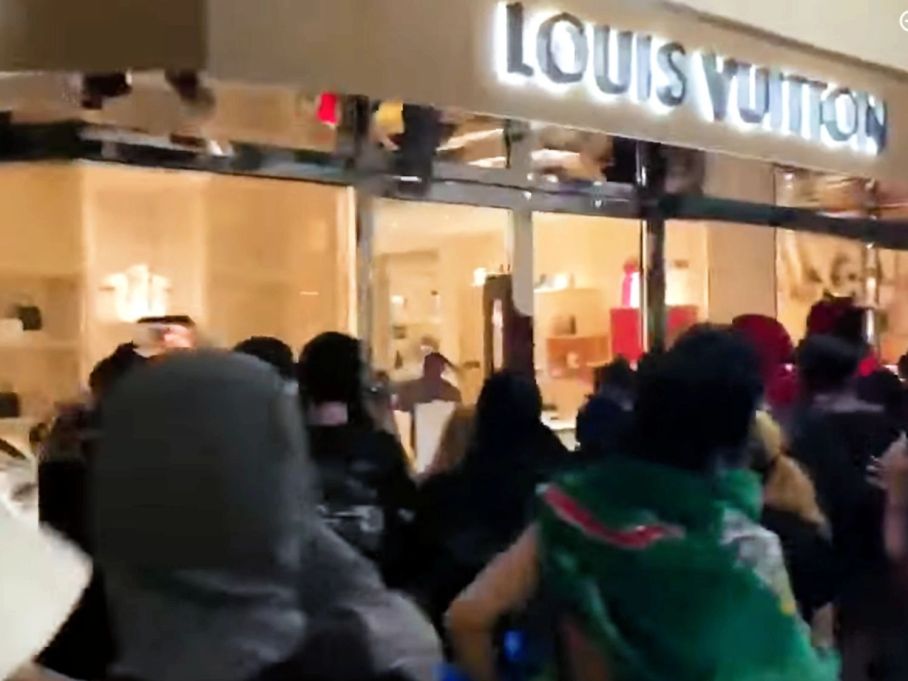 In a luxury mall reported to be in Portland, Oregon, angered rioters-turned-looters have smashed down the glass doors of a Louis Vuitton store and cleared out its merchandise. Videos of the mayhem were posted on YouTube today, and widely shared. People were seen rushing in and quickly grabbing whatever their hands could carry. One woman left with a pink bag (among others) that looked like a Capucines BB, priced above US$6,000. According to KOIN 6 News, Portland’s CBS affiliate, “multiple high-end retailers, including storefronts for Apple, Louis Vuitton and Tory Burch, were breached and looted”.

Some commentators on YouTube remarked that “this is Karma for instigated (sic) rioters in Hong Kong”. Geopolitics aside, it must be said that looting in times of social unrest is not acceptable nor defensible. The US isn’t experiencing a natural disaster and people are not fighting to survive. This is an outburst against social injustice. Outrage is understandable, rioting is not, and looting—a luxury store or any store—is undeserving of comprehension because material goods isn’t behind the motivation for social/ethnic/class eruption. This isn’t stealing food to survive. Sure, stolen LV merchandise can be put on Ebay to generate money for sustenance. But are the looters—mostly masked (as a safety measure because of COVID-19?)—despoiling so that they could buy bread to bring home to their kids?

What happened in Portland does not fall into a moral grey area. The plunderers targeted the LV store. They knew what they were going after. They weren’t just passing by and seeing what could be means of survival. They appeared determined to clear the store out. It took only a few to pave the way. This had nothing to do with supporting the unfair treatment of black people, as the protests that started in Minnesota originally was. The looting of Louis Vuitton, regrettably, shows how luxury—now easily “masstige”—have become a symbol of the accessible unattainable. From exclusive it once was, luxury is now democratic. But is it really? Were the looters being democratic or exercising their democratic right? To free action, not just speech?

The sight of the looting is disturbing, as much as the possible diminishing appeal, henceforth, of Louis Vuitton, a brand that has for a long time targeted those who “aspire” to go higher, but are struggling with their status quo. Luxury brands don’t discriminate; they appeal, regardless of where one stands on the social hierarchy.  And it is known that those trapped in greater inequality are just as keen, if not keener, in luxury. Portland Mayor Ted Wheeler said to the press, “There is no value [in the violence] expect the value of self and the desire to steal things and cause destruction in our community”. Moral standing, it appears, has become the luxury no one desires.