Is Silvia Venturini Fendi now tracking her own path? Or did she learn well from a former part-time employee?

Fendi. The moment they tried moving the focus away from the founding business of fur (for obvious reasons), the Roman house has placed significant emphasis and resources on its ready-to-wear unit, which is today 43 years old. While the late Karl Lagerfeld has been credited with modernising Fendi’s fur designs, not many—even members of the press—seriously note (or remember) that it was Mr Lagerfeld who launched the furrier’s RTW in 1997. And steered its direction till his death last year. Fendi and Karl Lagerfeld were synonymous. Although Mr Lagerfeld did credit third-gen Fendi, Silvia Venturini (she of the Baguette bag fame), as co-creator of the RTW, the designs had been in the aesthetical signature and whim of the German designer.

It has been a year since Mr Lagerfeld passed on rather suddenly. There was no known succession plan at Fendi. His design partner at the house since the mid-’90s decided that she could go on. Alone. Ms Fendi largely kept to Mr Lagerfeld’s codes for the house in her first solo RTW outing last season. A theme (something “solar”, if we remember correctly) running through the collection, however, saw Ms Fendi dancing dangerously on the grounds of parody. In addition, it was too post-Lagerfeld, a wobbly stance between homage and breaking free, which led to some observers fearing that Fendi would be like Chanel: lost. Perhaps it was take-over jitters. However, Ms Fendi now seems to have found her footing. Or, able to express herself without the “captain”. And the collection she presents for next fall is surprising, and a joy to view. 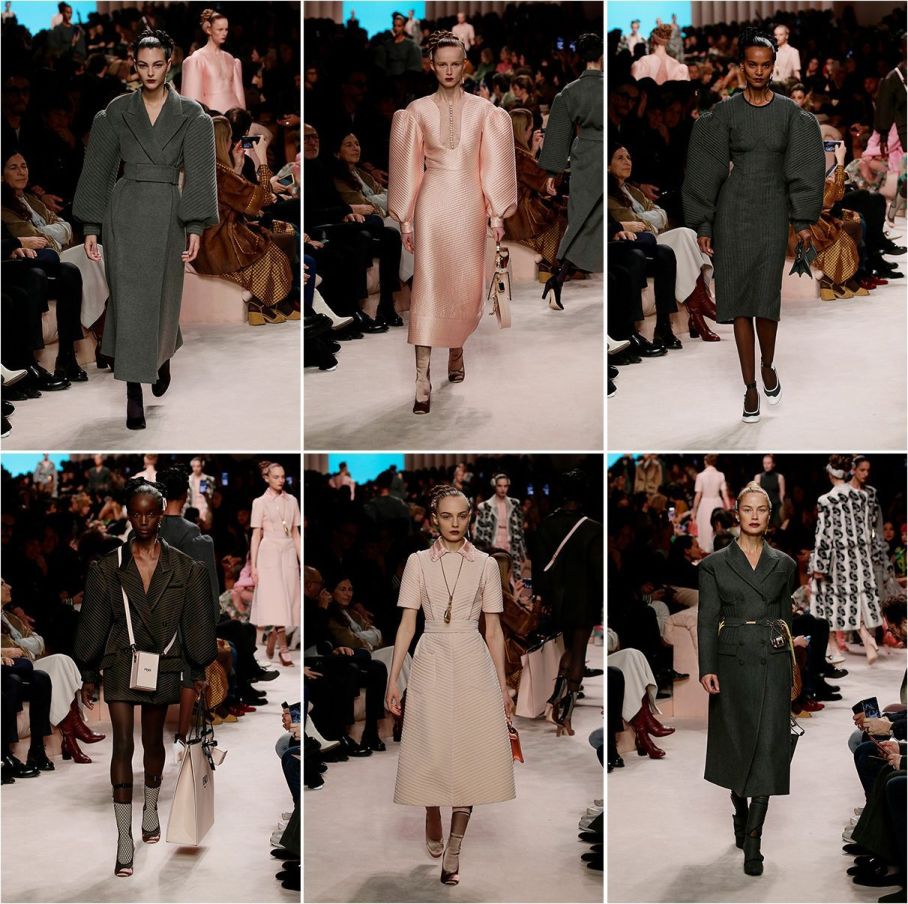 Ms Fendi has learnt well from her former collaborator: don’t let a good idea fade into the surfeit of the mediocre. This season, there are those statement sleeves, based on the idea of what could be a baguette shape (that bread again!), pulled down and away from the edge of the shoulder. Sticklers of conventionally-set sleeves may find Fendi’s elongated puffs ungainly, but we do consider them a welcome study of volume for a part of the body usually preferred when slender. What’s amazing is how, with manipulating the size and proportion, it is then applied on a wide variety of garments: coats, blazers, dresses, cardigans, blouses (sheer, as well), even rompers!

Ms Fendi’s known love of cinema is also captured, saluting how and what it was before in the movie world, on screen and off screen. That the clothes are imbued with bygone romance than cliched cinematic glamour make them more than facsimiles of period trends. A couple of beautiful dresses with seemingly thrown-on scarves (but are, in fact, part of the outfits), forming an X across the upper bodice fall in with the gracefulness and elegance of those designed by Hollywood costumer Adrian. Others could have been gleaned from Italian movies—vintage-y prints; contrast collars; slim, calf-length skirts—are in sync with the Italians’ love, this season, of lady-like dressed-up given just the right touch of the kooky. And la dolce Roma. 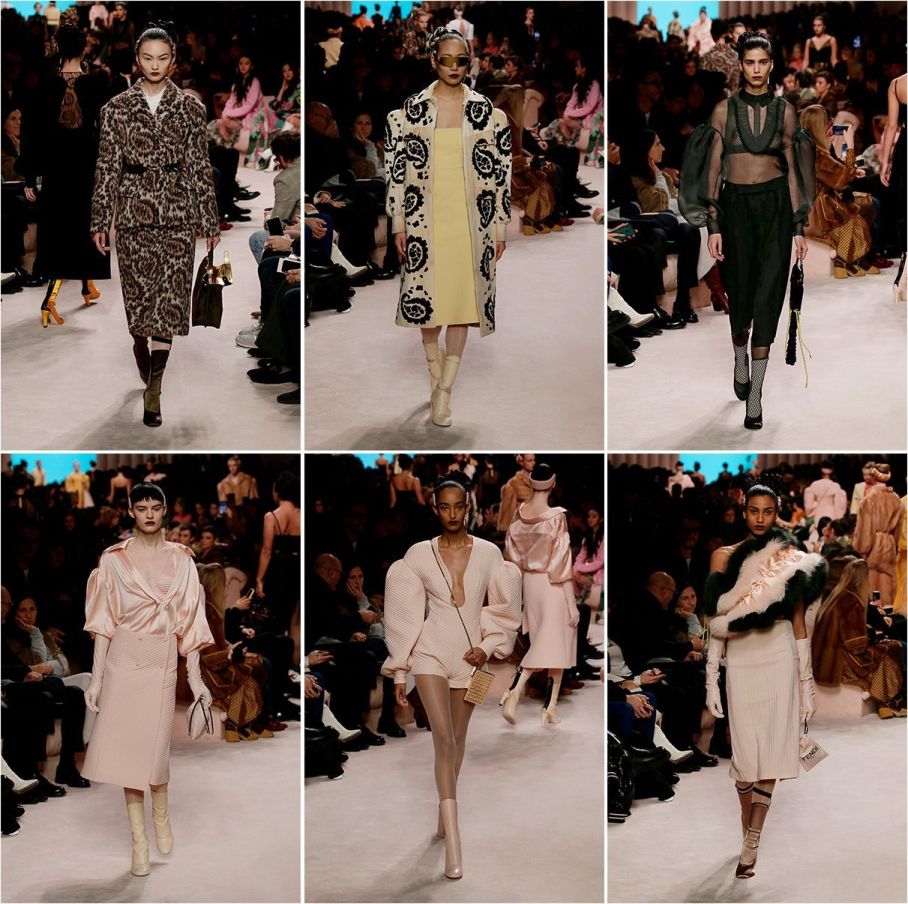 There is some aesthetic/visual contradiction too. Ms Fendi showed double-breasted suit-jackets and their leather cousins with boning that suggests corsets. Nothing wrong in emphasizing the waist, until two plus-sized models later appeared, with one of them in the similar suggestion of a constricted middle. Not to make an issue of it, but the incongruity is noticeable, and the different effect of the horizontal boning on the skinny and not are just as evident. It is not clear what the intention is other than to join the increasingly audible chorus demanding inclusivity. Would Fendi welcome diverse body types beyond this season’s token two?

Splendid coats, striking dresses, sapid skirts, and between them elements that come together to spell stand out—Silvia Venturini Fendi is on to a good (re)start. And a re-positioning for the now LVMH-owned brand beyond furs and accessories. In addition to the legacy of Karl Lagerfeld, Ms Fendi, too, has the input of two British fashion forces, the stylist Charlotte Stockdale (also one-half of the label Chaos), as well as Mr Lagerfeld’s right-hand consultant at Chanel, Amanda Harlech. Could this be the new power trio to re-energise Milan Fashion Week? Let’s see.