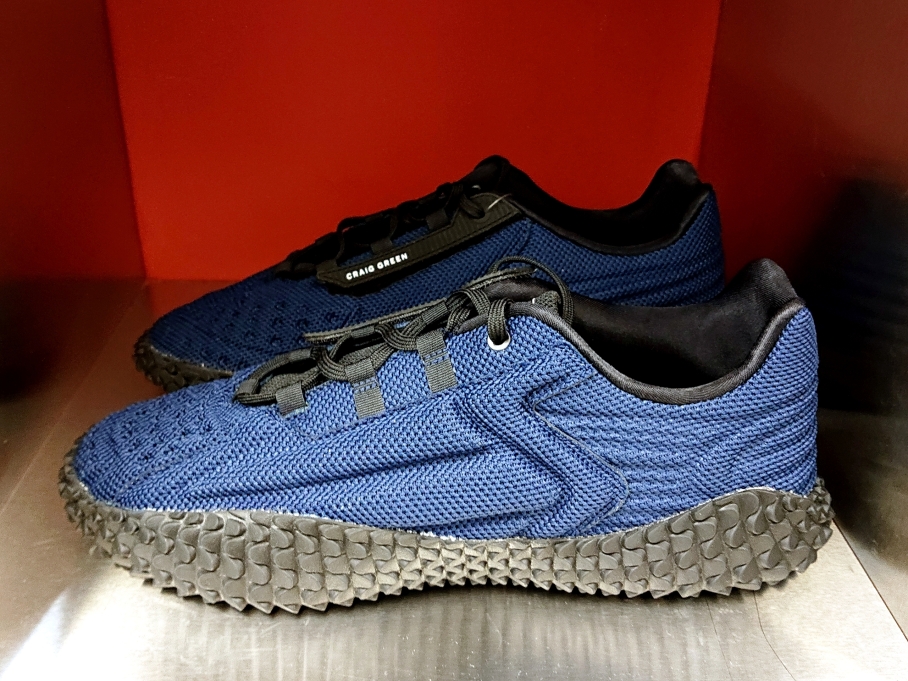 Frankly, I would have preferred that Craig Green paired with Nike. There are more interesting silhouettes in Nike’s archive to exploit. The Japanese designers have been especially successful in morphing Nike’s classic kicks into deliciously new shapes. Undercover’s Jun Takahashi, for one. But London’s leading designer chose to work with Adidas. I wonder if Mr Green is himself a Three Stripes or Swoosh wearer.

Perhaps that does not matter. Mr Green’s first output with Adidas is out today. And sneakerheads are understandably excited. One told me that this is a “must-have of 2020”! Fresh from a stunning debut at Paris Fashion Week, Mr Green is establishing himself even more among hypebeasts with, not one but two, sneaker releases (the next collab was already shown earlier in the month in Paris). By the time you read this, they’re probably sold out.

The collaboration with Adidas Originals (again, staff in the store told me this is a “boutique release”, hence not available at even the flagship store) yields two styles: the CG Kontuur I (top) and CG Kontuur II (above), based on the retro-clean Kamada and flat-bread-looking Ozweego, respectively. I personally do not gravitate to either. If I had to choose, I think I’d go for the CG Kontuur II since I am partial to Raf Simons’s re-interpretations of the Ozweego. But interestingy, it’s the CG Kontuur I that speaks to me. Mr Green’s version sports his love for padded details, and the midnight-blue (they call it navy) upper and black mid-sole combo is especially fetching. That it is an extremely comfortable shoe—although a little too formless—adds to its cyber-geek appeal. Only thing is, I’m quite over chunky sneaks.

“Footwear is like a sculpture,” Mr Green offers through a media release. “There’s so much you can do with sneakers that you can’t do with clothing.” But he is already doing a lot with clothes, I think, sculptural ones too. Sneakers are just part of an expanding universe of merchandise. And I believe I’ve seen the future: with the next Adidas collab, Craig Green’s done a lot of the “so much”, and it is even more enticing. Stay tuned.