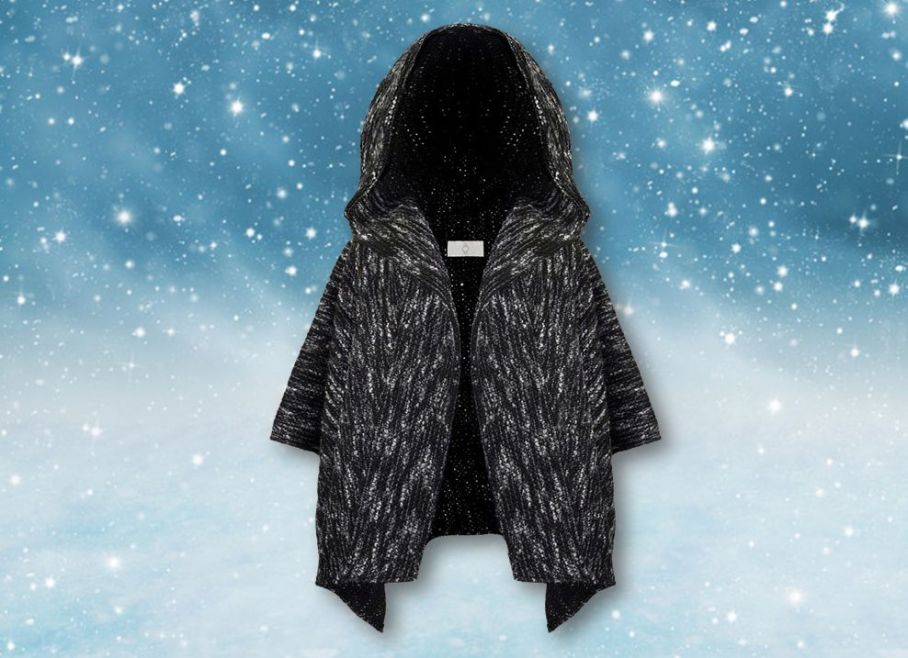 When picking out an outer for winter, we often think of a heavy coat. One of the most overlooked articles of clothing is the knit outer wear. And one of our favourites is this poncho-like ‘Spider’ cardigan by the Singapore-born label Cavalier.

We first spotted this last year at Kapok when they were a Cavalier stockist, and are surprised to see that it is still available online. Cavalier, now available worldwide from Australia to Russia, is marketed as a line of kids clothing, but they size up so that adults can wear some of their styles, which, surprised us by their playful, child-like shapes that are not the least kiddy. This cardigan, intriguingly called ‘Spider’, falls Jedi-like (how timely!) over the shoulders, which the brand describes as “urban nomadic drapery”.

Cavalier was launched by designer Angela Chong and her husband/business partner Perry Lam in 2014. Both were heavyweights in the advertising business, but had chosen to leave the industry to “design for a brave and brazen freedom of expression.” This means clothes, even—or especially—for children, that defy the convention that they have to be made with a specific set of rules. 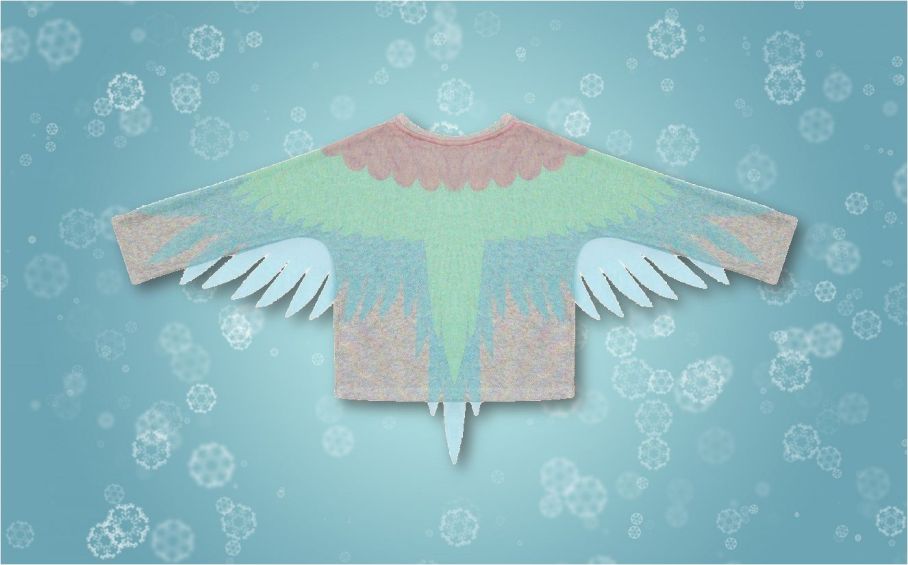 Ms Chong’s approach has hitherto mostly been about play: the slubby ‘Macaw’ flight top (above), for example, is a French terry pullover made good-humoured by ‘wings’ of multi-layered-and-coloured tulle. The almost-2-D graphic approach is reminiscent of a child’s colouring book. Similarly, another version with the more boyish name of Condor has the wings formed with scallop-edged panels of grey tones, arranged for an ombré effect.

As for the Spider cardigan, the roominess and the flattering drape are totally in keeping with the penchant for tented shapes and subtle Orientalism that really wouldn’t be out of place on the set of Dr Strange. The texture and the monochrome of the cotton/wool/acrylic knit, too, are in keeping with a certain grown-up aesthetic that wouldn’t deny the wearer audience with the Ancient One.

It is perhaps odd that while the pre-spring 2018 collections are dropping in stores around the city, we’re recommending something from last year. The thing about winter wear is that an overtly trendy garment may mean you would not return to it the next time weather for layering beckons.

Cavalier is available at Threadbare and Squirrel. The ‘Spider’ cardigan, now SGD73.88 (original price: SGD147.77) and the ‘Macaw’ and ‘Condor’ flight tops, both SGD116.30, are available at cavaliervault.com. Product photos: Cavalier. Collages: Just So