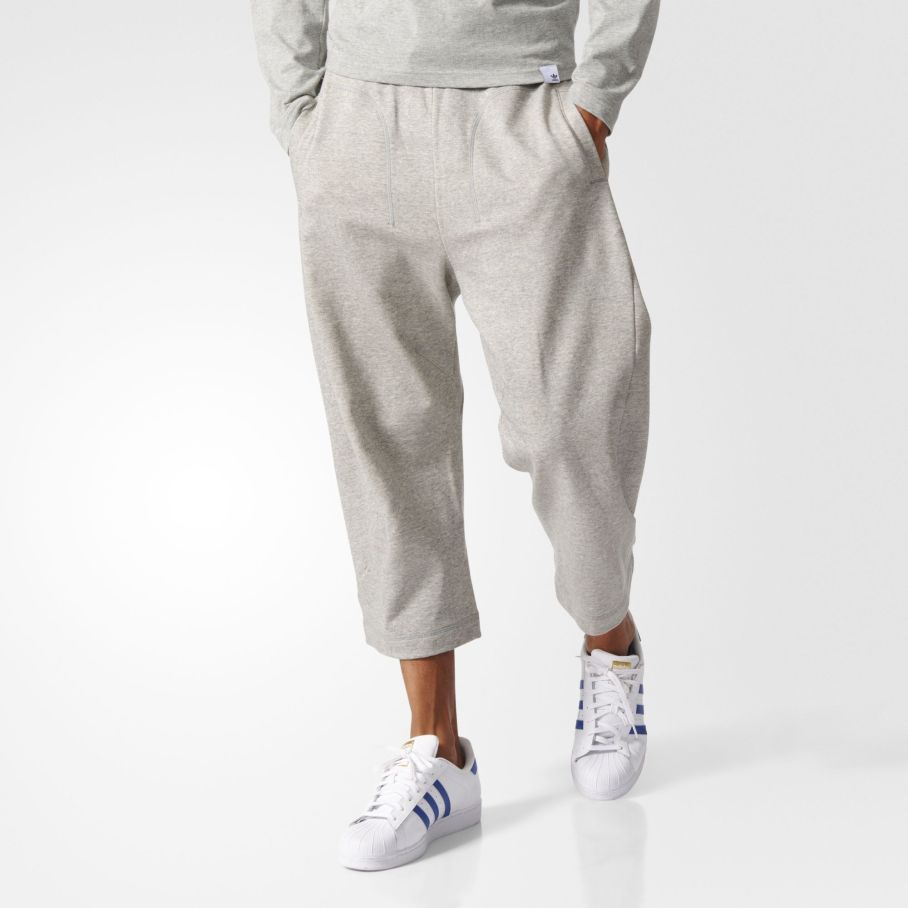 Skinny and skin-tight pants have so dominated the wardrobes of Singaporeans that it is a wonder anyone would be interested in Adidas’s latest iteration of the sweatpants availed under the new sub-line XYBO. Well, I am wondering.

Last year, at the launch of Uniqlo’s U line—helmed by Frenchman Christophe Lemaire—in their Orchard Central flagship, a couple was seen picking a pair of sweatpants. The guy tried on what he chose and when he emerged from the fitting room, looking pleased, his other half said audibly while shaking her head, “Nope, too baggy.” And the guy retreated, defeated.

Don’t ask me why sweatpants have to be fitted, but there are men and women who wear them limb-hugging as if the legs of the pants are one extended ribbed cuff! So you can imagine how surprised I was when I spotted this pair at the Adidas Originals store. I really like them, but as my friends are wont to say, when I like them, they won’t sell.

But let’s give the Adidas pants a chance.

First, XYBO. Not sure what it means. Or if it is even written in this manner: full caps. On the Adidas website, it’s spelled in both lowercase and uppercase sans spacing: xbyo (or XBYO), which prompted me to read it as X.B.Y.O. But on some online reports, the name is spelled XByO and XbyO, which could mean it’s collection X by an unknown entity O. Perhaps it is not an abbreviation (surely it does not stand for X, Bring Your Own!), just a random mix of letters—not dissimilar from Japanese naming convention. (For this post, I shall stick to XYBO.)

And the Japanese-ness of the line is unmistakable, especially the cuts. So it surprised me not to learn that XBYO, conceived for both men and women, built its design cred on the skill of Japanese pattern maker Satomi Nakamuri, an accomplished technician who has cut for Comme des Garçons and the denim label Johnbull. Pattern making is, of course, not the same as designing. While Adidas has been enthusiastic in touting Ms Nakamuri’s contribution to XYBO (an unusual marketing angle), its US website is careful to state that the brand “revisited the archives with expert pattern maker Satomi Nakamura to bring an artisan approach to Adidas heritage. Designed in Germany and crafted in Japanese-made Yamayo terry…”

And that’s another highlight feature: the terry cloth used is from Japan’s “premium terry cotton manufacturer” Yamayo Textile that, I suppose, could be considered the Kurabo Mills of fabrics for sweatshirts. So vital is this distinction to XBYO’s USP that the fabric mill’s name is identified in one of the garment’s hang tags. And truth be told, this fabric is extremely comfortable to the touch, and Adidas is not exaggerating when they describe it as “luxe”. 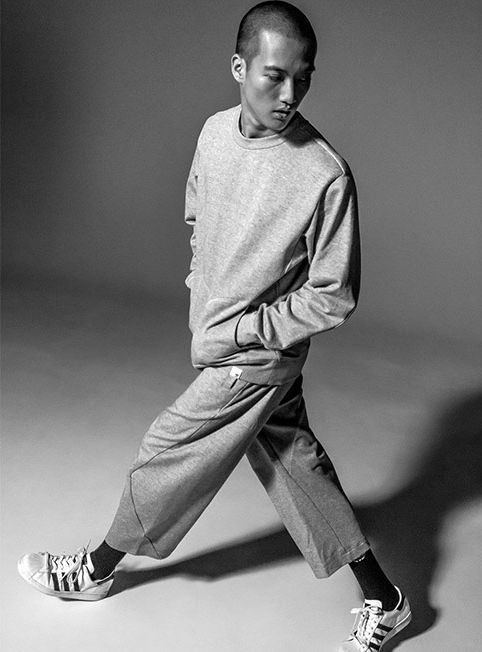 Well, so far, so clear. But in case you thought that this was some wayward Japanese fantasy for world athleisure domination, or Y3 part 2, Adidas would have you know that XBYO is essentially a “street style”. But I’m not sure if the collection is street by way of Harajuku or Copenhagen’s Strøget. The minimalism of the look is evocative of Danish designs, yet there’s something rather Japanese in the styling, especially the cropped length of the sweatpants (which explains the name: ‘Seven-Eighth Pants’). They remind me of those Red label engineered jeans launched by Levis in the ’90s, reportedly conceived, if I remember correctly, with Japanese consultants.

Perhaps it’s in the side seams: they meander forward around the knee before going backwards, forming a veritable less-than (or more-than, depending on which side you’re looking at) symbol. More exaggerated than those engineered jeans, I say. Will it fall nicely when worn? I had to try them on to find out.

These have to be the easiest to wear sweatpants I have ever tried. Perhaps it’s because of the absence of cuffs. There is, of course, the roominess (and the surprisingly generous crotch): you won’t feel like you’ve slipped into a pair of ‘jeggings’. And the unconventional seam placement does not affect how the pants hang and move with the body. Now that joggers are jostling with jeans for prime position in our wardrobe, the XBYO Seven-Eighth Pants may be the one to take on the alpha role. I’m all for that.