Frankly, I don’t quite get Supreme. Perhaps it’s because I am more of a Palace guy. But it’s Supreme we’re talking about, so let’s stick to the label that always makes me think of a particular Motown girl group. Let me admit: I am a bit of an authenticity snob. I like streetwear labels to stay close to the street, and I don’t mean Avenue des Champs-Élysées. Yes, I am referring to Supreme dipping into the high fashion pond fed by the head water Louis Vuitton.

What was once skater kids’ go-to label, Supreme is now, to me, a lackey of luxury. LV is going to sell loads of that bag, the Supreme box-logo alive as a Speedy or could that be the Keepall—entirely bleeding red and screaming. But does that make Supreme more desirable? Unless, of course, they’re not so pleasing to begin with. Still, it’s Louis Vuitton as partner, which means the goods end up on rich kids with no taste than on cool kids with edge. While GQ gleefully calls it “a collaboration of dreams”, for real fashion folks, this sort of high-low partnership is somewhat—and sadly—déclassé. 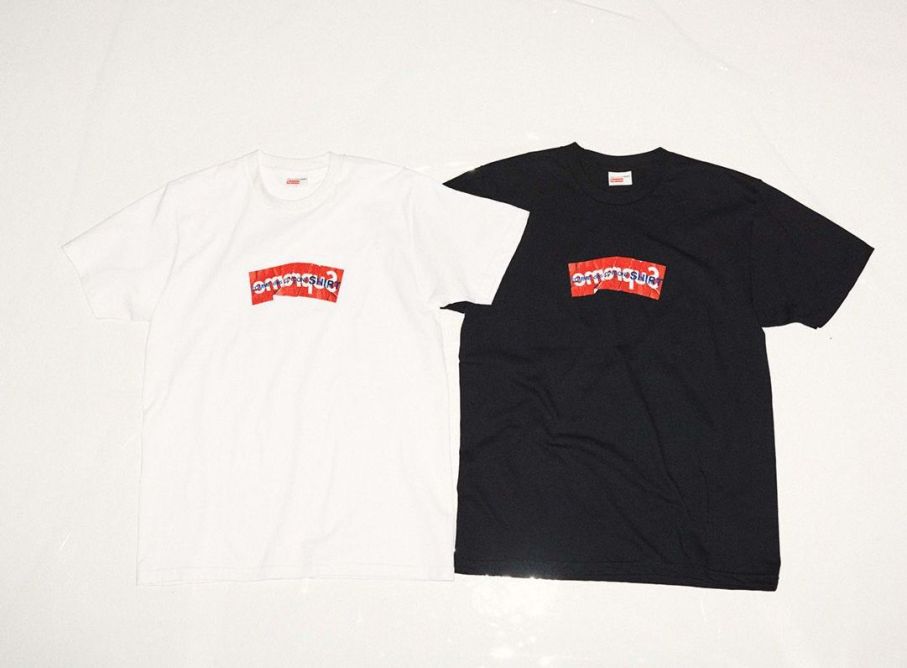 My first (and belated) encounter with Supreme was in Tokyo last summer in its Shibuya store, situated in the hipster neighbourhood of Jinnan. It was a disappointment so huge I was totally consumed by it. Perhaps it was because Supreme was my last stop in the area that is home to some of the most exciting retail concepts in the whole of Asia, such as the indescribable WARE-mo-KOU and the always intriguing Beams. I was quite intoxicated with seeing so many things I do not get to see here—to the point that a glimpse of plain tees with some mindless graphic on the chest was like being smothered with chloroform.

Supreme is in a side street with nothing but its own silent company. The façade is a concrete sea with the familiar red logo afloat like a life buoy in the ocean. It was close to sun down when I arrived and the coveted logo was illuminated by two lamps above it in such a way that the light formed a heart-shaped halo around it. The exterior hints at a minimalist interior and, true enough, it was a space as plain as a warehouse, save a blue, Sphinx-like creature prostrated right in the middle of the shop. The clothes were on racks that were lined up against the walls. I flipped through the mainly T-shirts and thought how much nicer Stussy in Daikanyama was. The Supreme store was empty except for a Thai couple who was buying the 3-in-1 pack of Supreme/Hanes Tagless Tee.

So what does it mean when Supreme now pairs with Comme des Garçons, the label that, in less than a month, will be saluted at the Met Gala, the prelude to this year’s spring exhibition Art of In-Between? Okay, I am conflicted with this one. I am tempted to say that Comme des Garçons deserves more. The label does not need to validate itself with this alignment. No one will go to the Metropolitan Museum to see the streetwear adjunct of Japan’s leading designer brand. To be sure, this is not the main CDG line at work. It’s the sub-brand Comme des Garçons Shirt, which, in part, sometimes has a whiff of street sensibility. Still, CDG will not be less desirable if it does not adopt something so blatant as sharing Supreme’s name. After all, it’s has Gosha Rubchinskiy in its stable of brands.

But, I know better. This is really a commercial venture, as much to elevate the CDG brand as making Dover Street Market, where the collab will be available, an attractive emporium for another group of wealthy consumers with pretensions to skate style. Supreme and CDG have been partners since 2012, when both came together to produce a capsule for the opening of DSM in Ginza. It was, by most accounts, a wildly successful output, with Supreme fans going quite frenzied trying to hunt down the limited pieces out there. Every Supreme X Comme des Garçons Shirt release since then has been a baffling, queue-forming global phenomenon—Supreme’s hometown New York City the centre of the madness.

I am, of course, inclined to sit this one out. Supreme is a brand I have been reading about and seeing on social media for years, but somehow it’s always not on my radar. Yet, I am curious, because I want more for CDG. So, I visited DSMS’s E-Shop last night at about eight. The site was not accessible, with the error message “This page isn’t working (or HTTP Error 503)” appearing repeatedly enough to see me get quite vexed. Finally at about ten, I had access, but nothing was for sale yet. Then the same error message again. Okay, according to an earlier blurb on DSMS’s main page, the Supreme X Comme des Garçons Shirt 2017 release will be available in Singapore on 15 April, which is tomorrow. I was early, I admit; I just wanted a sneak peek.

Although we don’t get to buy, images of the collection are available to arouse temptation. There are the destined-to-be-sold-out T-shirts with a newish logo reportedly inspired by the Comme des Garçons Shirt 2010 spring/summer campaign featuring the distorted images of conceptual artist Stephen J Shanabrook, hoodies with said logo, a trio of rayon shirts with repeated patterns, some suits, a fish-tail parka, a Nike Air Force 1 Low, and some wallets—clearly for die-hards. So who’s copping?

Update (16 April 2017, 9.30am): Comme des Garçons Shirt X Supreme is taken off the listing on the DSMS E-Shop. SOTD checked the site at one minute past midnight on 15 April, but was unable to find anything from the collaboration on sale. Six hours later, it remains the same. One last check on the launch date at 10.30pm saw the situation unchanged. More than 24 hours later, it seems that the line is no longer available for sale in the E-Shop

2 thoughts on “This Power Pairing (Updated)”