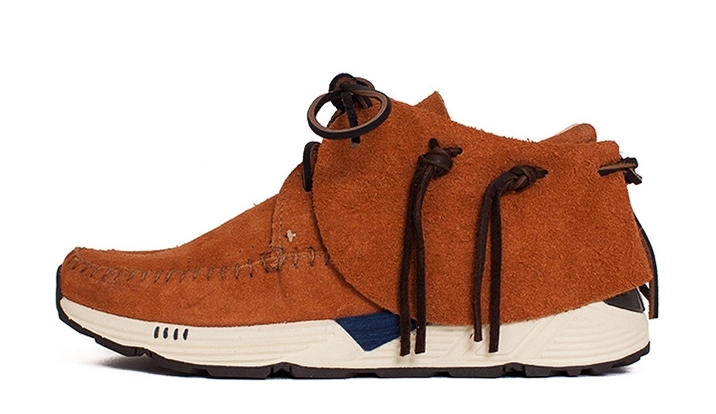 Can ethnic shoes be modernised? If Visvim’s FBT is any indication, yes they can be. Designer Hiroki Nakamura has created a moccasin-sneaker hybrid that is so unlike anything sneakerheads are hankering after that they’re only picked up by “insiders”, including music men with especially deep pockets.

The Visvim FBT stokes the romance some of us have with things from faraway, cultures strange and unfamiliar, tactile crafts reminiscent of travels. Clearly based on Native American moccasins, the FBT is, however, not something you’d pick up in a Los Angeles tourist gift shop that also hawks gaudy miniature totem poles.

This is not some revivalist’s vanity project; these are not the equivalent of Michele Alessandro’s campy Princetown fur-lined mules for Gucci. Mr Nakamura is genuinely passionate about American culture of yore, especially from the east coast. His love of Americana—a version that the Japanese has spun into a category known as ametora—is the underpinning of his Visvim label. 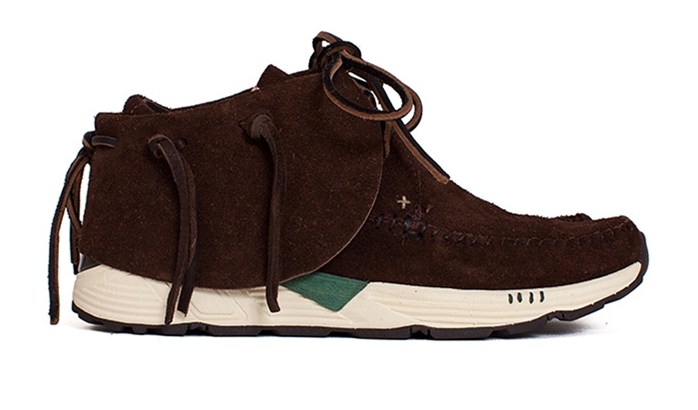 In a sea of sneakers rich with tech and formed with all manner of unimaginable materials for the upper, it is refreshing to see Visvim stick to a silhouette so elemental and with a fabric so uncompounded as suede. These shoes are not old-school, they’re old world—therein lies the charm. The FBT saw many different issues in the past, but it is the current version—the FBT Prime—that is winning more fans. FBT, by the way, is the abbreviation of ’80s New Wave band Fun Boy Three. According to Mr Nakamura, he was shown one of the LPs of the British trio by Fragment Design’s Hiroshi Fujiwara. On the cover was lead singer Terry Hall wearing a pair of moccasins. The rest, we leave it to you to imagine.

The FBT Prime is a mid-cut sneaker with vegetable-tanned cow suede upper, given a shaggy appeal with an extra, same-fabric removable collar that is fastened with knotted cords, forming a loose fringe. The upper sits on a Vibram sole unit (vulcanized rubber) that is reportedly designed specifically for the FBT Prime. Visually, they may need some getting used to since the silhouette is not as slender as the Stan Smith or as hunky as the Reebok Pump Fury, but worn below the cuff of jeans rolled high, they project a charming bohemian vibe.

These shoes do not require a test run. As expected, they are really comfortable kicks. The suede upper cocoons like a shroud, never hugging the feet too snugly but still provide a nice overall fit. The FBT Primes are surprisingly light, which make them nicely inconsistent with their autumnal looks. And one more point: they hold their shape beautifully, and would not spread like leaven bread as traditional moccasins tend to. 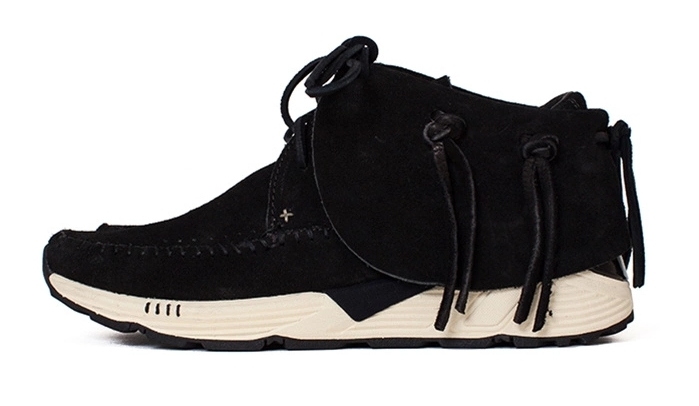 Yet, the FBT Prime may not be cool enough for those more into the latest Boost (come to think of it, Kanya West’s Yeezys share similar relaxed forms of the FBT). But they may appeal to a certain, not-necessarily-bohemian group that likes their footwear with hippy leanings. There has to be, for not only are the FBTs well-accepted, a similar shoe hand-built on the Nike Air Max 1 sole is generating tremendous interest. Randy the Cobbler, based in Arizona, is doing such brisk online business with his version of the fringed moccasin-sneaker that, at the time of this writing, he is not taking any more orders.

Hiroki Nakamura and Randy the Cobbler aren’t the only ones riding on the cresting interest in the ethnic aesthetics of the West. Skate industry veteran Taka Hayashi, a long-time collaborator with Vans (and a Cherokee in a previous life, I suspect), has been drawing from Native American motifs to output for the brand’s premium sub-line Vault. The covetable results with names such as “Buffalo Trail”, “Nomad”, and “Chimayo” are telling and point to the direction footwear design could be heading.

Visvim’s FBT line will only heighten the sport moccasin’s appeal even, for most, the price could be a deterrent. But when it comes to desirable sneakers, no matter how costly they are, few will consider exorbitance a deal breaker.