It’s not often a sneaker’s anniversary is celebrated with such style. New Balance Athletic Shoe Inc’s pop-up exhibition salutes their 580 model in its 20th year so strikingly that it will be a visual treat to those who can pry themselves away from the screens of their digital devices to be moved by the mutli-media display. Installed at its former retail store in the hotch-potch centre *Scape, the New Balance exhibition expresses the story of a shoe more experientially than a virtual room could.

The Japanese aesthetic is unmistakable. Opaque, all-white vinyl adhesive screens the store’s front doors, partially obscuring the gallery/retail space within. In the tradition of special-edition launches designed for those in the know, New Balance’s tribute shop is high design paired with what is essentially destined for the street. It could have been a transplant plucked straight out of Shinjuku. See-through casing, suspended amid a sea of white 580s that sticks out alluringly at you, house the star shoes. This is unquestionably sneakerporn.

For an athletic shoe, twenty years of existence can be considered longevity. The New Balance 580 did not, however, have a terribly auspicious start. Its genisis can be traced to the American-made 585, a running shoe that did not gain much traction when it was launched in the mid-Nineties. When it became the 580, it would take the Japanese’s spin for it to eventually take the sneaker world by storm.

In 1996, Mita Sneakers, the Japanese retailer almost every athletic brand wants to collaborate with, tweaked the original to give it, dare we say, a bolder silhouette while augmenting its retro vibe. Together with the now-defunct Japanese street wear label HECTIC, they started a trend in what Mita Sneakers’ creative director Shigeyuki Kunii, who is here for the launch event, calls “Japan-modified products”. 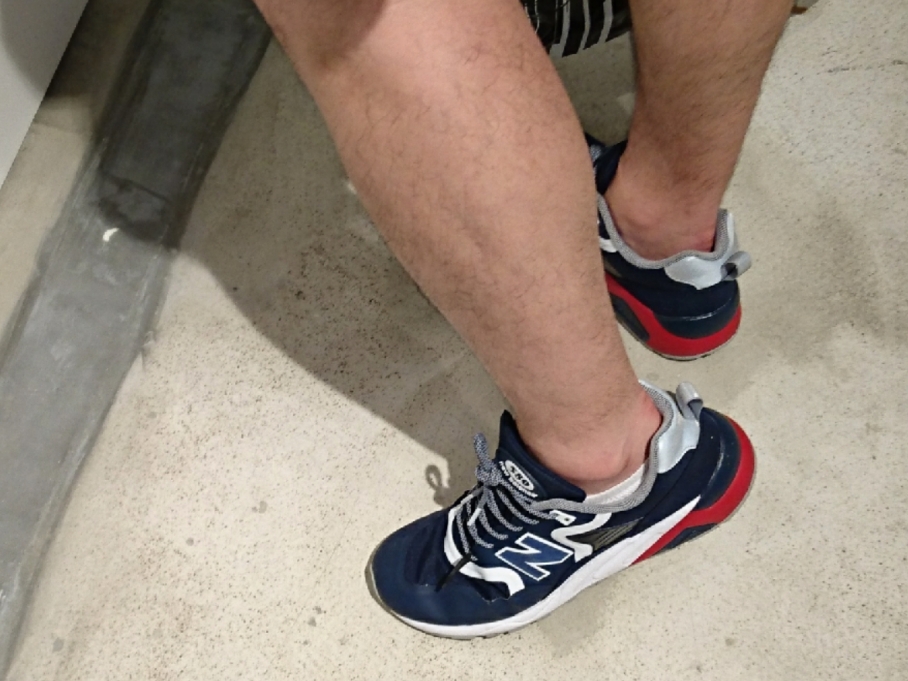 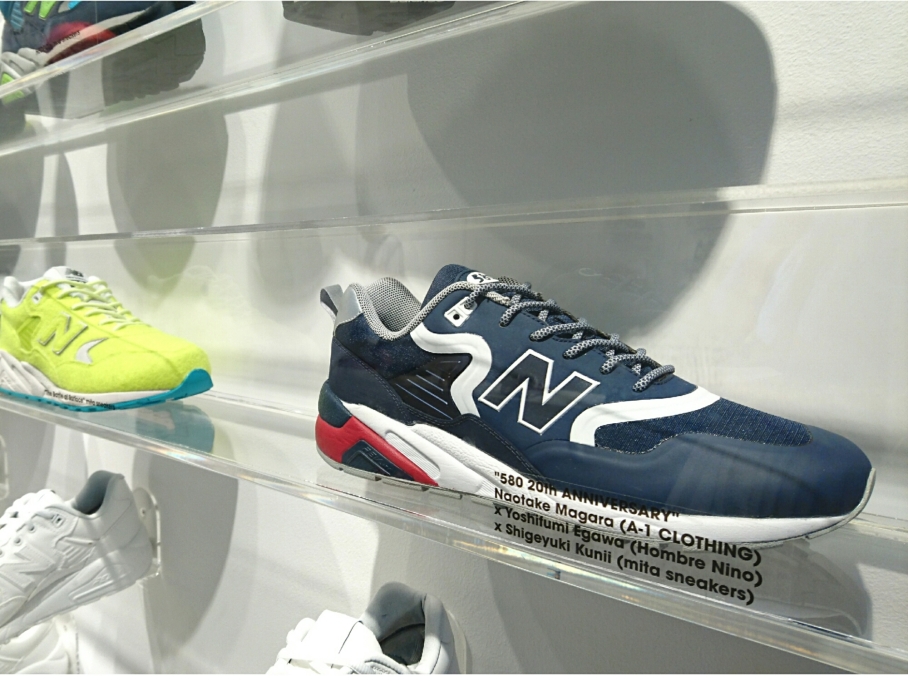 The New Balance 580 sneaker may not enjoy the attention that its sibling shoes numbered 9++ receive, but through the years since its introduction, each collaborative release has been much sort after, especially those with Mita Sneakers, which amounts to more than 40 to date. The 580’s distinctive midsole with diagonal, moulded heel has not changed significantly despite the proliferation of fancier, all-manner-of-material-infused versions from competitor brands. It’s this classic leaning that has kept the 580 enduring and a firm favourite among sneaker aficionados.

For the 20th anniversary issue, New Balance has once again tapped the flair of Mita Sneakers. The unsurprisingly limited edition of the MRT580—out of 96 pairs made available to the Asia-Pacific region, only 24 are assigned to Singapore—is distinguished by a tri-colour combo of navy, white, and red, which seems rather more flag-like than the unusual chromatic pairings sneakerheads usually seek. Still, for collectors, this is no doubt worth queueing for.