There is something in Italy that makes boys want to dress up and swagger and give the impression of a carefree life. Dolce and Gabbana showed how it’s done. Economic gloom and social discontent—they’re another country

Domenico Dolce and Stefano Gabbana have never been shy of their love of the sun-soaked south of Italy, such as Mr Dolce’s birthplace Sicily. In the past ten years, Dolce and Gabbana’s style tended to embrace the heartiness and the gioia de vivere of the lower half of the boot-shaped country, where colours are more vivid and patterns more striking. Both men have taken the look to new heights by learning from the book of hyperbole. They have indeed expanded this into a lifestyle, too, as seen in their advertising campaigns and their window displays (long table filled with food!) Or, as one dictionary says of style, “a mode of living, as with respect to expense or display”

This ostentation is well and alive in the Dolce and Gabbana show for Milan Men’s Fashion Week. The second guests-in-attendance runway show of the city, it was staged at the Humanitas University (aka Hunimed), south of Milan. The choice of a medical school for a fashion show is rather odd, until we learned that the company has an ongoing CSR program with the institution and, this time, “every donation up to €1000 will be matched to support Scientific Research,” as the brand explained. That this is where serious, life-saving stuff is taught and studied amplified the frivolity of the presentation and the splashiness of the clothes, and, as a result, their garishness. Considering that both men started in the less exuberant house of Giorgio Correggiari, what Dolce and Gabbana were pursuing (and have been in at least the last ten years) is an aesthetical reversal. 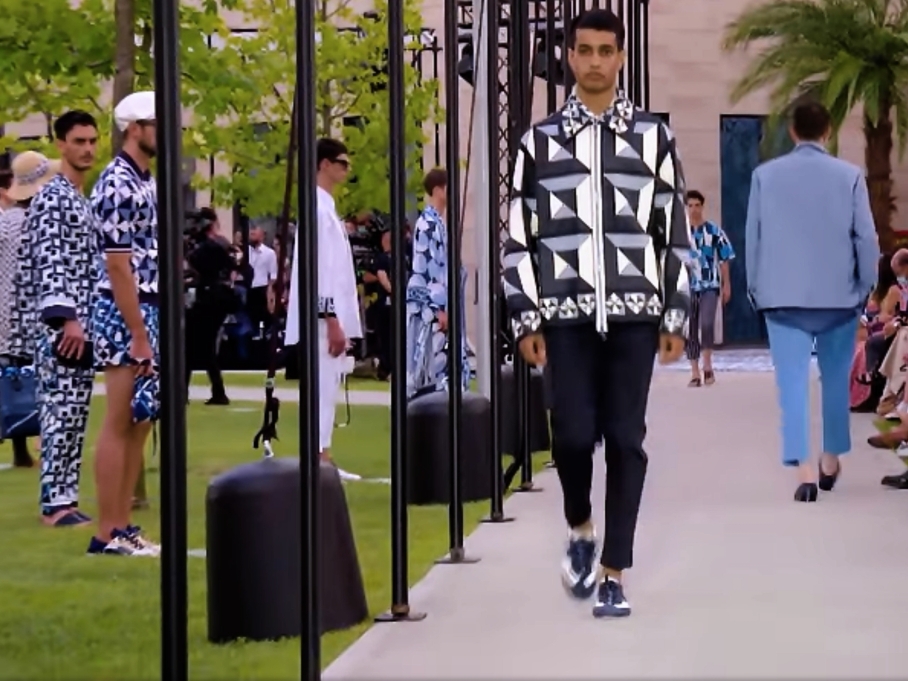 It is unthinkable that once (partially) freed from the restrictions as a result of pandemic containment affecting almost every country, men would want to jump into clothes that say, “I’m having so much fun”. The collection contain “elements inspired by the blues of the sea are combined with lightweight white fabrics. The looks pay homage to creativity, Italian design and the summery, unforgettable atmosphere of holidays in Sorrento (also in the south),” according to the show notes. There is that word again: “Holiday”. While domestic vacations might be possible (here, we can only do staycations!), global travels are still very much limited. But perhaps the idea is for people to dream and to yearn, and in so doing, wear Dolce & Gabbana.

For a collection presumably produced during lockdown (Italy has one of the severest in Europe), it is huge—a staggering 104 looks that took about 25 minutes to show. What was rather curious was the inclusion of denim styles not previously obvious of the brand. The patchworked jeans, especially, recalled the work of Junya Watanabe and those bloomer-like pants with contrast panels and straps, and boxy tops with more patchwork brought to mind the Japanese label Kapital, who are known for their denim couture, if there’s such a thing. The Southern Italian vibe was rather lost on us with those. Part of the predominantly blue collection then had less the whiff of the Gulf of Naples than the port town of Kojima. 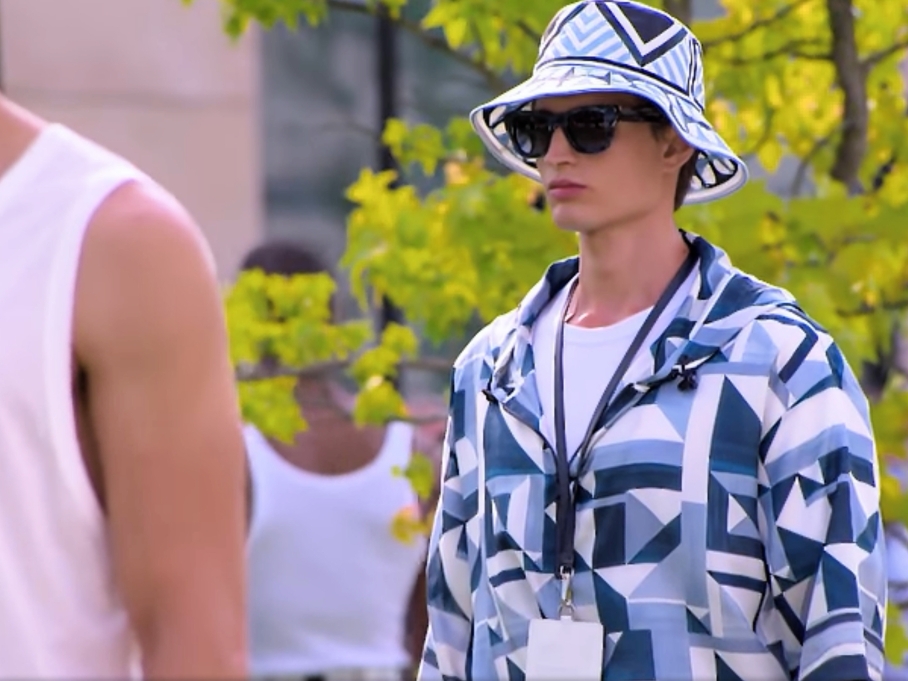 But what was striking of the collection were the profusion of prints. Dolce and Gabbana naturally love prints, the more the merrier, the more garish the gayer. They were in tops and bottoms—together, in three-piece ensembles, even in head wear. The prints came in geometrics, stripes, figures of myth, scenes of ancient cities, and sometimes a mix of either of them. Unrelenting was the onslaught, which felt more intense after a period of fashion detox. Dizzying were the pairings and the mixes, so much so that they could be as intrusive as blaring, discordant sounds. Indolence was the habit of slapping one of them prints on plackets, yokes, and cuffs and pass that off as design. You’d expect that at H&M, not D&G.

When we sat back to look at the massive collection in its entirety, one thing struck us. At the risk of social profiling (which is not the intention here), the clothes seems to target, at least in this part of the world, a unique tribe we identify as Bengs. And it would appear D&G caters to every type of Beng, from gay Bengs to gym Bengs to towkay Bengs! Consider this in a different light. Dolce and Gabbana, despite their cultural faux pas elsewhere, is inclusive. That can only be a good thing.