Yeezy may need Paris, but does Paris need Yeezy?

Yeezy disappeared for a couple of seasons. Sort of. They ‘showed’ via social media, modelled by the missus, of course, and styled, according to KKW herself, by Carine Roitfeld (probably not very busy at CR Fashion Book). And there were reported “private appointments”, presumably for trade buyers, not the rest of us. The collections S6 and S7 were available online, not seen, according to our sources in New York, in stores. Does anyone still remember Kanye West’s Yeezy fashion?

Season 8 is a return to a catwalk presentation and a reminder that the clothing is as alive as the sneakers, and still designed by Mr West, a newly religious man, who, a day before, conducted Kanye West presents Sunday Service in Théâtre des Bouffes du Nord, a performance venue near the Gare, considered by the French to be a salle historique Parisienne, and one of the locations of Jean-Jacques Beineix’s 1981 film Diva. Setting is important when you do not have an actual church to conduct your song-led service in. What does a faith-guided collection prefaced by worship look like? 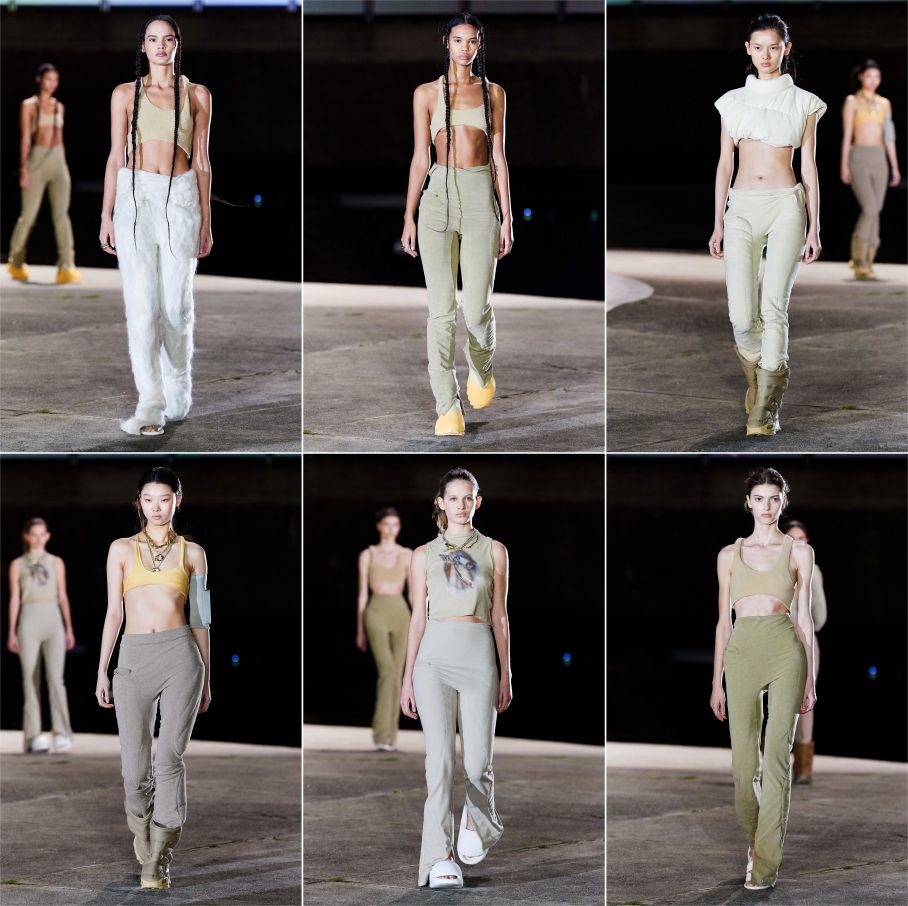 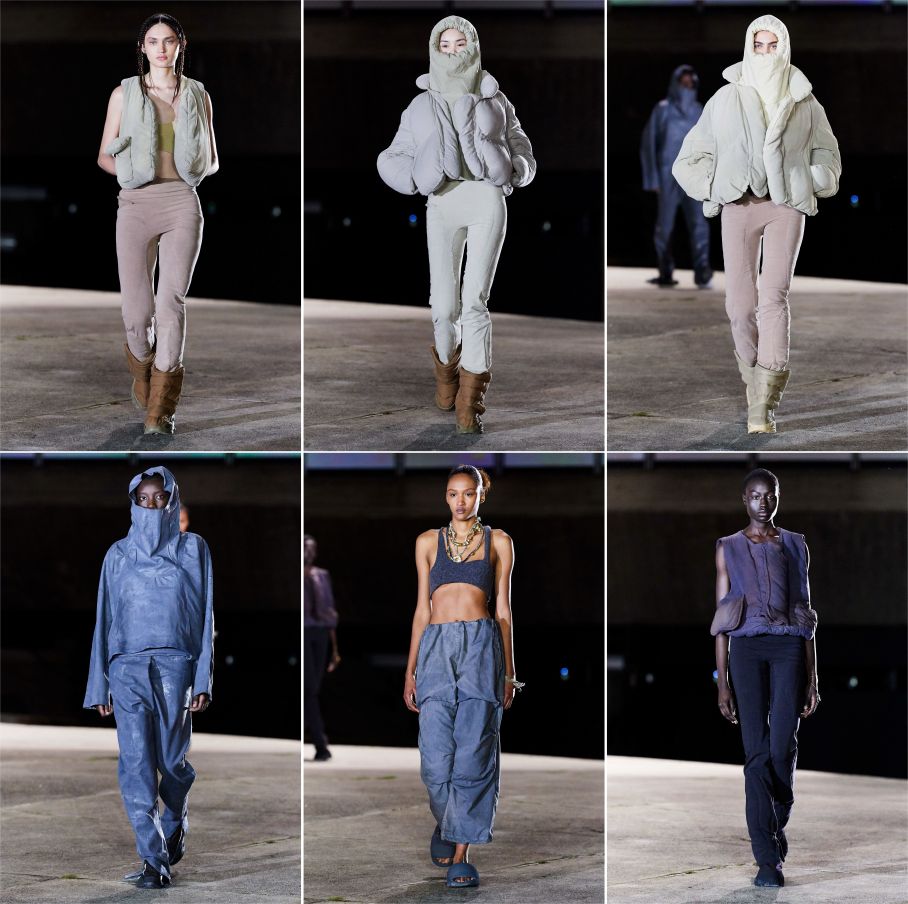 The show itself takes place on the grounds of the French Communist Headquarters, against the futuristic façade of the Espace Niemeyer, designed by Brazilian architect, the late Oscar Niemeyer. Setting! According to pre-show excitement/reports (this is Yeezy, after all), Mr West will be presenting “a little piece from our home in Cody, Wyoming.” What a move from S6’s Calabasas! It’s 1,418 km apart, if you’re wondering. Cody, as we now know is where the West family has a 4000-acre (16,1874 square kilometres) ranch which they call home with 700 heads of sheep; it is also deeply tied to Colonel William Frederick Cody (hence its name)—the legendary Buffalo Bill. In addition, Cody considers itself “Rodeo Capital of the World”. Cowboy country. It won’t, therefore, be surprising if Season 8 will be, as part of a song goes, a little bit country.

It isn’t. Nor is it a little bit rock ‘n’ roll. Strike off any clerical garb, too. Yeezy just doesn’t fit with any particular vernacular, less so in Paris. It is simply Kanye West. Not more, not less. Not good, not bad. Thing is, if you’re neither this nor that, chances are, you’re in the betwixt, possibly the nether, a space called boring. It is hard to be aroused by non-fashion passed off as seasonal trends. That it all feels like you’ve seen them before adds to the needless dismay. Good enough for Cody does not mean good enough for Paris, not even with a dollop of Kim K—the bare midriff—for extra dash of what would otherwise be no flavour.

To be sure, this is not an on-calendar show, which, technically, does not mean it is necessarily a PFW collection. Paris is an open city, anyone can go there to show. In fact, no one knew anything about the Yeezy Season 8 presentation until rumours were rife that the man was in town. Mr West, of course, has a flair for this sort of to-do-or-not-to-do news generating. Yet the pre-show buzz and the Sunday service cannot hoist S8 beyond a short fringe event. That there are only 18 looks (pal Virgil Abloh showed 41 for Off-White—already small, compared to Balenciaga’s staggering 105) augment the show’s and brand’s peripheral standing.

You can’t be certain what part these clothes could really play in your life if you take fashion seriously and live by it religiously. It is tempting to surmise that Mr West designs with his wife’s day-wear needs, and we shall. These are for running around Cody, running around in the cabin of planes, running after the kids (For evening wear, she has also-pal Olivier Rousteing.) To us, Yeezy is Mr West bringing Lululemon and Muji together, one cropped singlet after another, one cropped sleeveless puffer top after another, with the odd judoji worn with pants that look like the fly is open breaking the monotony (still, we can’t tell the difference between look 15 and 16). Perhaps Yeezy Season 8 is how Kanye West, believe it or not, squares faith and fashion.

3 thoughts on “And Let There Be Yeezy. Again”