In earlier times—now forgotten, what Vetements proposes would be considered insufferably unattractive. But it’s 2020, and the ‘ugly’ trend is moving inexorably towards the end of its life (probably faster than streetwear). Yet, the Paris-based collective, now leader-less, isn’t changing gears. It’s driving steadily on a track it has laid: one that mall rats and those who live on a staple of vintage garb had previously laid out. It offers clothes people “want to wear” (already wearing?), just a little twisted and massively priced to be similar to, say, Balenciaga (which for a while seemed linked, at least aesthetically)—serious fashion pricing for mere vetements (clothing in French).

Some people think Vetements is admirable because it has not embraced “high fashion’s weighty concepts” but Demna Gvasalia’s former brand is based on the conceptual heft of the purposely low-brow, and rides on the very Noughties belief that ugly is nice, the hideous too. Even the uniform of your courier guy, offered with minimum design input from the manufacturer, can be fetching enough to adapt as the most haute article of clothing you could wear. Funnily, no one thought they were duped. Rather, they saw in the garments not parody, but irony, which, by 2016, was extremely marketable. Subsequently, no one could even tell subversion from scam.

In 2018, Highsnobiety declared Vetements “dead”. This was a disturbing/divisive report, considering that, at that time, Vetements was just 4 years old (its debut in the a/w season of 2014 was presented as a look book shot in the apartment of Mr Gvasalia). Despite its anti-fashion (or anti-Parisian elegance/posturing) stance, Vetements was different enough yet oddly familiar since those awkward clothes looked like what you’ve seen in some neighborhoods or industrial parks that captured the imagination of a (mostly) young bunch of editors and influencers who had not, for a moment in their coddled lives, needed to look this alt, this oddly-fitted, this unappealingly appealing. They have never seen or been to those neighbourhoods and industrial parks. There was this chance to play the renegade without having to adopt what the punks did: tore up clothes and fasten them with safety pins. Vetements showed that fashion this anti could be well-made, well-distressed, so over-sized, and luxurious. Then Highsnobiety struck.

We can’t say for certain that Vetements is no longer saveur du jour. But we have heard, on the selling floor, that “nobody wants Vetements now.” Even less so without Demna Gvasalia? In the past, Mr Gvasalia had often stressed that Vetements is a “collective of designers”, which could mean that even without him, the label can soldier on. And what does a Vetements without the main man look like? Just as defiant, but tired. Six years after that apartment shoot, Vetements has not tossed out the want-to-make-every-day-bloke-cool vibe. Or, for the women, the same grit+glamour schtick. They continue to stab at fashion snobbery with blunt scissors. 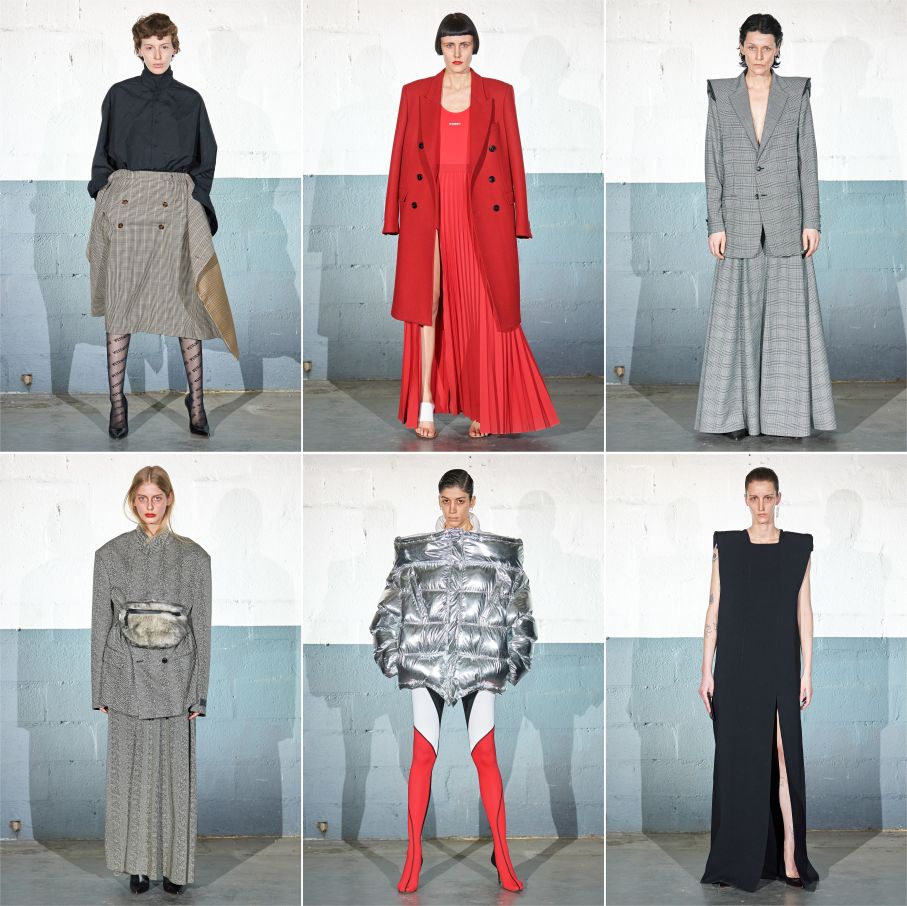 We weren’t at the show, so can’t say this for sure. but we imagine that, since attendees had to help light the runway with the flashlights on their smartphones, maybe they didn’t have time to busy themselves with social media? No show-to-IG immediacy. Could this slightly deferred transmission somehow minimise the still-banausic approach that is synonymous to both Vetements’s design and presentation? The styling for Vetements shows have mostly looked like costumes for a film about gritty, inner-city life, affording only occasional fashion quirks by those who are anti by circumstance. Even without its founding designer Demna Gvasalia, the brand still appears to straddle its suburban Georgian roots and inspiration and the collective’s separate starts at various luxury houses. Does anti still charm?

Till now, Vetements is considered to be “reworkings of wardrobe staples”, but whose staples? The present collection suggests those of security guards, pimps, and pai kias who share the same sartorial train home after the graveyard shift; the kids with their compulsory hoodies, who hog tables at Starbucks to study; the fashion students who think graduation can come when spending more on what they wear to class than on the materials needed to pass the class; the bengs and lians you meet every day, on the way to work. These are not clothes that will get people a job. Sure, some pieces are stylish, such as the ‘flat’ skirts, essentially two rectangles coming together, but if the wearers weren’t models and they came towards you in a group, walking as aggressively as they do in the show, you’d be afraid. Possibly, very afraid. Demna Gvasalia did leave his mark.

One thought on “Vetements Without Demna Gvasalia”