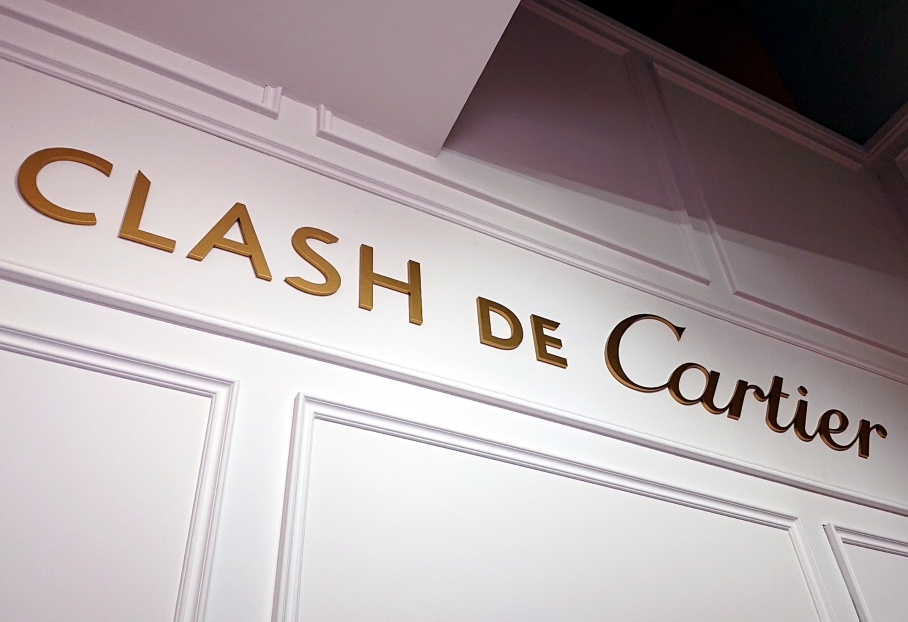 Big brands and flashy events are hardly a clash when it comes to reaching out to customers, regular and new. Cartier’s “pop-up studio”, set up to introduce the Clash de Cartier range of punk-inspired jewellery, is a marketing splash—in the tradition of Time, A Hermès Object—that, even with the a-little-way-out location, is an enjoyable stress-free experience. Despite the madness that was yesterday’s media preview, attended by Korean actor/singer Ji Chang Wook—“babyfaced”, as CNA decribed him—and local stars and influencers, the pop-up, minus the celeb clash, is， admittedly, an extremely nice way to spend an hour or two of a scorching afternoon.

Clash de Cartier, the jewellery line, was launched earlier this year (the party in Paris in April was a couture confrontation among the celebrity invitees!). The pop-up studio here is, according to the creator of the Tank watch, the first time it has made an appearance in South-East Asia (and thought to be one of the largest that has travelled anywhere). This is the spot to try the Clash de Cartier jewellery pieces without any obligation to buy. If service matters to you, this could be enjoyable as the chirpy staff are eager to let you try any one of the pieces that you like or every piece in the showcase. 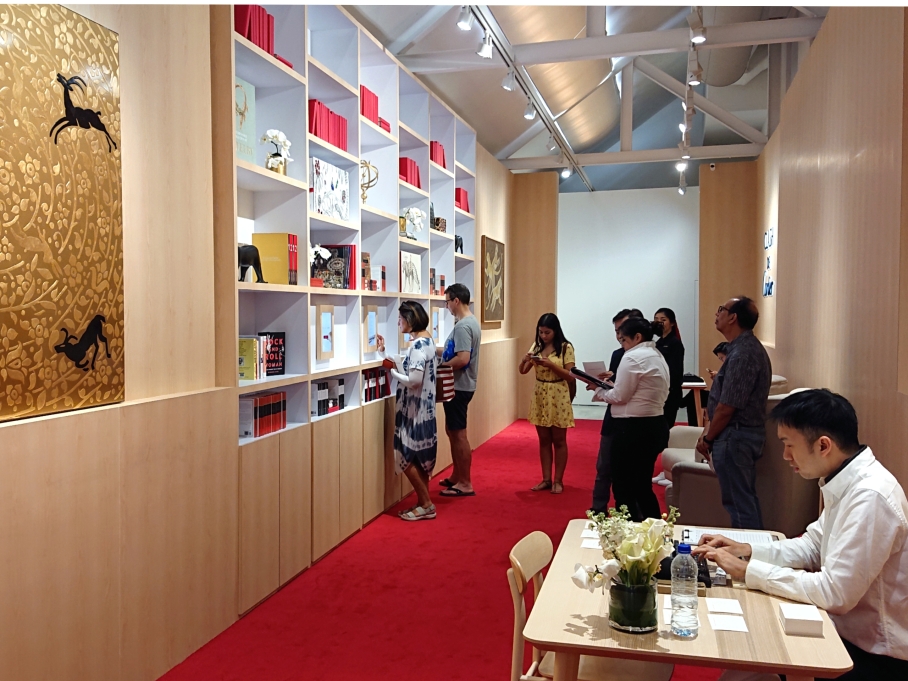 Upon entering the space proper on the second floor of what is part of the Singapore Tyler Print Institute, a staffer will greet you and request that you fill a questionnaire of sort on an iPad. This is a personality evaluation not unlike the many of those shared by your friends on Facebook (such as the numerous determining if you are dateable, fun-loving, or a bitch). The results will decide if you start at the book store or the record store, which, if you’re directed to, may escalate your hip quotient, considering vinyls’ born-again popularity.

Regardless of where you begin, the spaces have enough edge to let you feel a bit with it, if not exactly a major clash with the establishment, which, considering, is Cartier the 172-year-old luxury house. Among the books, if you’re able to single out Patricia Highsmith’s 1955-psychological-thriller-turn-1999-movie, you may be able to show yourself to be as talented as Tom Ripley. Here, you can have a haiku composed for your personality type (“Outwardly _________”) and typed out on an old Olympia typewriter. Cross to the room dedicated to vinyls, and if you’re able to immediately sing to The Slits’ version of I Heard it Through the Grapevine, you may be able to tell others that you’re, in fact, a post-punk with a weakness for a 1966 Motown song associated with Marvin Gaye, but was originally sung by The Miracles.

Music is very much a part of the Clash de Cartier experience although we did not hear anything by the obvious choice of The Clash. Instead it was more indie-au courant: if the textile-factory-turn-hotel L’Hôtel Fabric in Paris had a soundtrack to its premises, this would be it. The playlist is put together by Michel Gaubert, dubbed “fashion’s leading sound director” and very much associated with the late Karl Lagerfeld for whom he put together the music for the designer’s own shows, as well as those by Chanel and Fendi. Commercially, he is known for the hotch-potch, Buddha Bar-ish ‘mixtapes’ that were conceived for the now-defunct Parisian store Colette. During our 45-minute or so visit, we heard a rather multifarious selection, from Soft Cell’s major hit of the minor 1964 song Tainted Love (by the now-obscure Gloria Jones) to the less-known ’80s German pop sisters Humpe und Humpe’s Yama-ha, a Miharu-Koshi-meets-ABBA-esque electro-ditty with lyrics that listed popular consumer Japanese brands!

Wander into the ‘Try’ space, which we presume should be the reason you’re here, you can examine in your hands (or wear) the necklaces, bracelets, and rings—either gold or white gold—till your heart’s content. No need to succumb to the unseemly discussion of price (but an arrangement can be made for you, if desired, to meet a salesperson at the store of your choice). The good-natured staff chat with you as if you have grown up in a Cartier store. It’s this bonhomie disposition that pervades the entire pop-up experience.

Lastly, you’d be guided to a Two-Face of a café, with one half looking like a retro-cool interior Violet Oon would love to cop for herself rather than the neu-TWA posh of her present restaurants, and the other, with a sleek row of plush banquet seating that, for some reason other than chromatic, reminded us of the Alain Ducasse-headlined Chanel restaurant Beige. For all your efforts in the Clash de Cartier pop-up, you’re treated to surprisingly good coffee (from Bettr Barista) and an assiette de mignardises (plate of sweets) of a trio of the tiniest pastries you’ll ever pop into your mouth.

As we sat in the café to take in the extravagant marketing exercise, and enjoy Marc Almond’s urgent torch voice and Dave Ball’s seductive synth, it became apparent to us that the clash is not some abstract or implied idea, washed down by soothing caffeinated beverages, but manifestation for all to see. In the space of considerable thought and clear effort, a goodly number of visitors were togged as if en route to the neighbourhood Toast Box. Clash is surely here, perhaps more potent than Cartier could imagine.

One thought on “No Skirmish, No Discord”