While many are waiting eagerly for the H&M X Giambattista collection to be launched next week, a quiet but not uninteresting collaboration is sadly given a miss

Before the much-awaited pairing with Giambattista Valli hits the shelf on the 7th of next month, H&M has launched a far less hyped collaboration with the knitwear firm of Pringle of Scotland. Yes, that’s Pringle, known for its cashmere sweaters, not Pringles, known for potato chips! Now that I’ve got that out of the way (since H&M indeed has a T-shirt sporting the mustachioed face of the chip’s mascot Julius Pringles!), I would say that this collection is going to be overshadowed, even before filling the racks, by Giambattista Valli’s ruffles-aplenty ode to the party dress.

Pringle, as it is usually called, is considered one of the oldest knitwear companies in the world. It holds the royal warrant for knitwear manufacture, and has mostly been associated with jumpers your grandparents prefer. That was until one Clare Waight Keller was appointed as creative director in 2007. Ms Waight Keller had just arrived from Gucci, where she worked under Tom Ford. Her Pringle was the start of a stunning turnaround for the company, and her spin on Scottish classics such as argyle sweaters, in shapes closer to those favoured by the burgeoning British street style, would have agreed with the likes of Liam Gallagher, who later birthed Pretty Green. Almost a decade later, Ms Waight Keller found herself in Givenchy, where she augmented her position with a particular wedding dress that gripped the world. 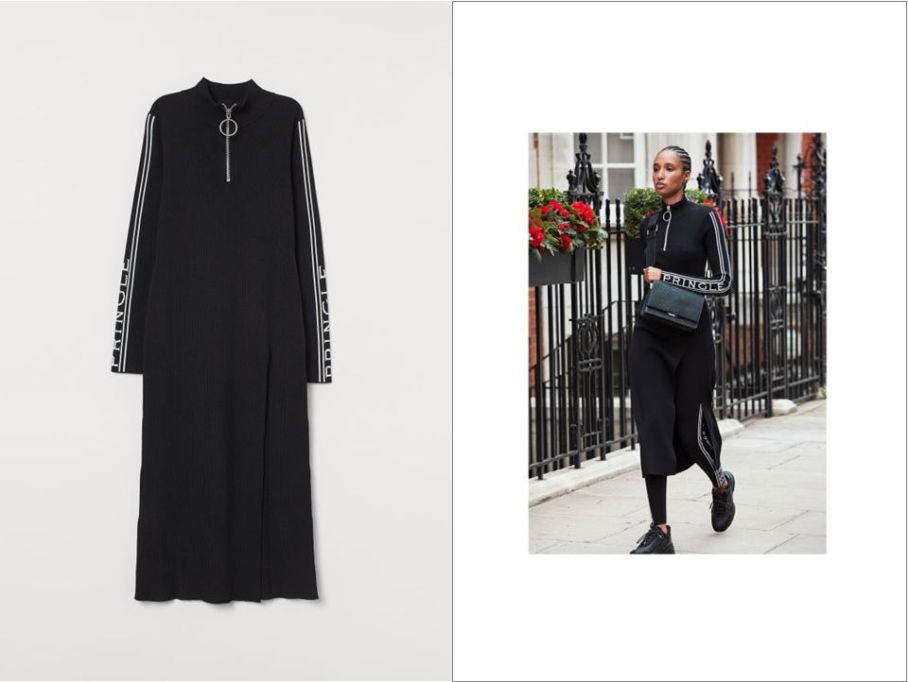 There is no turning back for Pringle. Currently helmed by Fran Stringer (a CV that is dominated by British brands, such as Aquascutum and Mulberry), the brand remains somewhat fringe-y and is supported by those typically described as ‘discerning’. With H&M, Pringle staples, such as the argyle (diamond-shaped pattern) sweaters, are not excluded, but perhaps what’s more appealing are those that are included, such as zip-front knit dresses, so alluringly sportif that I’m sure Alexander Wang is cross with himself for not beating H&M to Pringle.

That this is barely noticed by H&M customer here is understandable. These clothes won’t stand a chance among those who have to face the endless muggy days of this island. Just glancing at them is enough to get me covered in sweat. Still, for those heading towards cooler (or colder) climes this holiday season, some pieces in the collection could be the difference between appearing cosily sleek or looking like a puff ball.

One thought on “H&M’s Other Collaboration”