For the creative type, it can be worn as a pendant 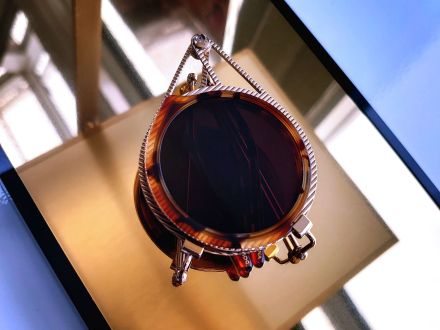 We blame you not if you thought this is a monocle. Or, some other monocular optical instrument, perhaps from the 18th century. It could also be a folded pince-nez, if your imagination permits! This, however, has a more present-day appeal. It is, in fact, a pair of shades, and it comes from a label that had, in the past year, traipsed rather indelicately in the minefield of public opinion: Dolce & Gabbana.

The brand that Domenico Dolce and Stefano Gabbana built happily tells us that this foldable sunglasses “starred” in the men’s show for this season back in February—a presentation that was homage to an elegance that Humphrey Bogart would be at home with. Or, what D&G calls “the charming atmosphere of the Forties”. And indeed this pair of sunglasses is surprisingly different from the more outrageous—sometimes downright wacky—eyewear that D&G had shown (admittedly mostly for women). This is very much in keeping with an age of men mindful of spiffy details. 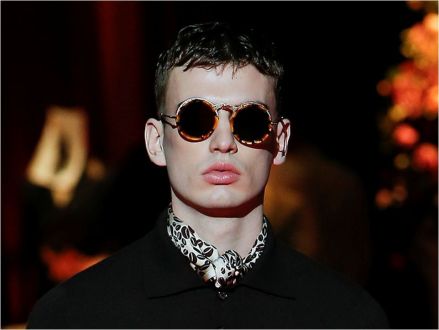 The main appeal of the glasses is how smartly it folds into a compact device. A hinge at the temple allows it to collapse, with lenses folded, one behind the other (and the arms neatly tucked within too), forming a nifty shape that, with a cord or chain strung through the inverted V of the hinge, can be worn as a pedant or (mock) monocle around the neck, the way Karl Marx was known to wear his. The two lenses are secured by acetate frames, around which a perimeter of thin, ridged metal, designed to give the texture of grosgrain ribbons, lends it the refinement that eyewear (the monocle, particular) was once accorded, and, thus, considered a status symbol.

Named Fatto A Mano (or handmade in Italian), this pair of shades is priced to match its evocative moniker—just S$104 less than the 5.8-inch iPhone 11 Pro! Chances are, for some fortunate, gadget-and-eyewear-loving few, it doesn’t have to be one or the other.