Virginie Viard’s debut couture collection for Chanel could have been shown alongside the pret-a-porter, and you wouldn’t know the difference

Change, as it’s often said, is the only constant in fashion. Some changes, we wait in anticipation, but when they arrive, we wonder why we bothered to cool our heels at all. At Chanel, change was something we’ve been waiting for, even before the passing of Karl Lagerfeld, but the change that eventually descended was no real shift, let alone a turnaround (no one is expecting a revolution). Virginia Viard played it safe—very safe—and while that might be acceptable for the cruise collection, which was the season she debuted in, it is not the high one reasonably expects from the couture.

It is telling when the media responses to Ms Viard’s first couture season vacillate between “simple” and “elegant” and, yes, “easy” too—ill-disguised circumlocution to say dull. To be sure, even Karl Lagerfeld’s collection in 1983, his first, which was the couture, now appears not the thrill it gave fashion editors and show attendees then. But at that time, Mr Lagerfeld did take a bygone suit (also unremembered because it had, until then, become a cliché, widely and cheaply copied too) and made it hit the high notes to the couture customers, with accessories that had no monosyllabic description to adequately reflect the sizzle until, a decade later, ‘bling’ came along. He was plugged into and reflecting the zeitgeist even before fashion consumers knew what that meant, and truly giving them suits and dresses they never knew they ever wanted. He famously justified his changes to the classics of the house by saying, “Even if she never did it this way, it’s very Chanel, no?”

We are not certain if what Ms Viard did is very Coco or very Karl, or very neither. Initial media reports suggested that Ms Viard was inspired by both (which sounds like what Maria Grazia Chiuri once, too, asserted when she said she was inspired by all who came before her at Dior). Sure, there were familiar elements: Coco’s sense of the androgynous and Mr Lagerfeld’s sense of the feminine. But in drawing from both, did Ms Viard proposed something that’s entirely her own, sums that can blow our minds?

To us, Chanel has exhausted the house’s so-called codes. Even Karl Lagerfeld, in his last five years, was not able to put exciting new spins on those elements that have afforded Chanel instant recognition and marketability. That’s not to say he has not made them more extraordinary, but perhaps Chanel, post-KL, is ready for a remake? We’re not suggesting that the house negates what have been closely associated with it, but would it be possible, Ms Viard, to be less precious about them.

We like to see those bouclé tweeds, for example, be less glamorous (the amped-up already explored by Mr Lagerfeld). This is not a textile issue—Chanel’s fabric director and one of Mr Lagerfeld’s key cohorts, Kim Young-Seong, we’re sure, is doing her part—but how the tweeds are used bother us. Could they be re-imagined, for example, the way Junya Watanabe did his, back in the fall of 2004 season? Surely something is amiss when the tweed suits are better at Ralph and Russo?! 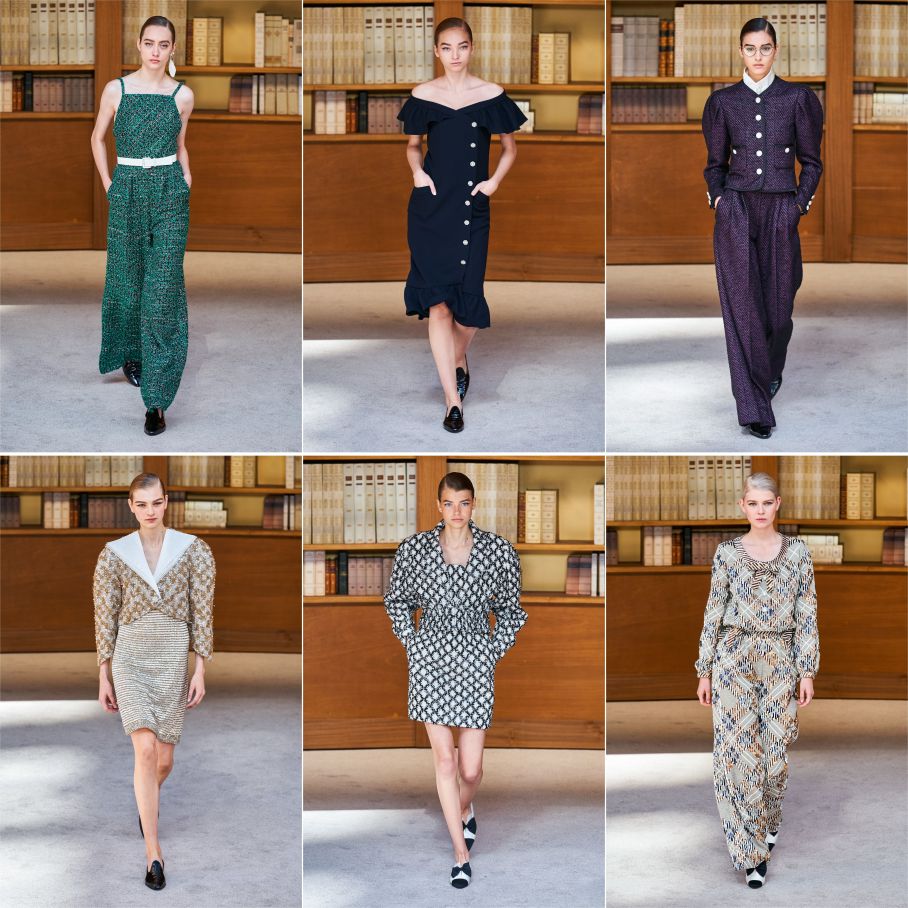 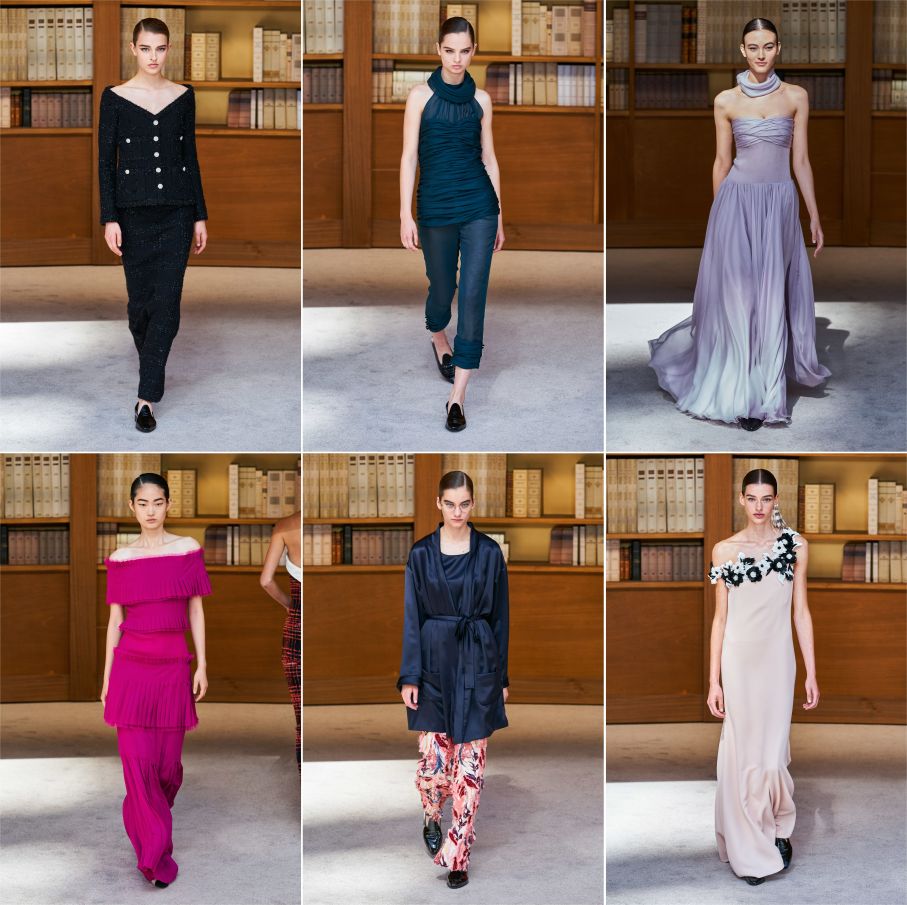 But perhaps Ms Viard can’t see the way forward this way. So she plays it safe, so much so that her couture is looking dangerously close to pret-a-porter, even if high fashion generally seems to be sliding from its lofty perch. We chose not to comment on her first collection—the cruise of two months ago—because we thought it might have been a little premature to see her as directional. Cruise, as we know, is conceived to sell. In the case of Ms Viard, being her first outing, it could be a shaky start. We overlooked the ridiculous bows and hoped it was not a prelude to things to come.

Sure, she did not revisit floppy details, but she sure did make some ensemble look decidedly cruise. It is hard for us to justify the existence of a jumpsuit, which looked like it defected from Michael Kors’s catwalk, or pajamas that even Grace Coddington might walk away from, or flounced dresses that Quan Yifeng would wear to Sunday lunch with her daughter. There is, oddly, a coat that reminded us that France once colonised Vietnam, a robe that tells us it’s time to get out of bed, and a pair of bustier gowns that would thrill every homecoming queen. Odder still are those dresses that seem to be homage to Maria Grazia Chiuri’s Dior! Absent (what we’d really to witness) is a tug between simplicity and complexity, between hard and soft, between the old masters and the new designer. And still be able to articulate, “Even if she never did it this way, it’s very Chanel, no?”

Let’s try to see into the future: Anna Wintour will not be a Chanel couture wearer (we aren’t sure if ‘customer’ is the right word). Her red carpet appearance at the Met Gala would not be in Chanel. She continues to wear the Chanel of Karl Lagerfeld, and she would not call them vintage.