Tokyo eyewear chain Zoff’s store front image is evocative of a community project by the late Shunji Matsuo. Could this be Makeover Magic reincarnated?

The man may no longer be with us, but for many, he left behind something quite memorable. In 2013, the late celebrity hairstylist Shunji Matsuo conceived Makeover Magic, a hair/fashion show—first staged in Mr Matsuo’s hometown of Kobe, Japan—to bring some cheer to cancer survivors, as well as women of advanced age (at that show, the oldest was in her late 90s). This came about after Mr Matsuo was diagnosed with pancreatic cancer. Makeover Magic not only gave the women (later, men) a look they probably never thought they could pull off, but also brought a smile to their faces and a spring to their steps. As stylist to the first show Vik Lim told the enthralled audience that evening, “It’s important to dress to feel confident.”

That confidence came through, too, for the participants in Japanese eyewear retailer Zoff’s spring/summer ‘Eye am an Hero’ campaign in which an elderly couple (and a trio who could be their grandchildren) are outfitted as if to beat Iris Apfel at her own game! The result is fierce. This isn’t street fashion; this could be sutairu  otaku gone deliciously mad. The old folks not only looked nothing like your grandparents, they appear ready to enter any club that welcomes such appearances so that they can ‘rock it’. In spirit, Makeover Magic seems to live again. 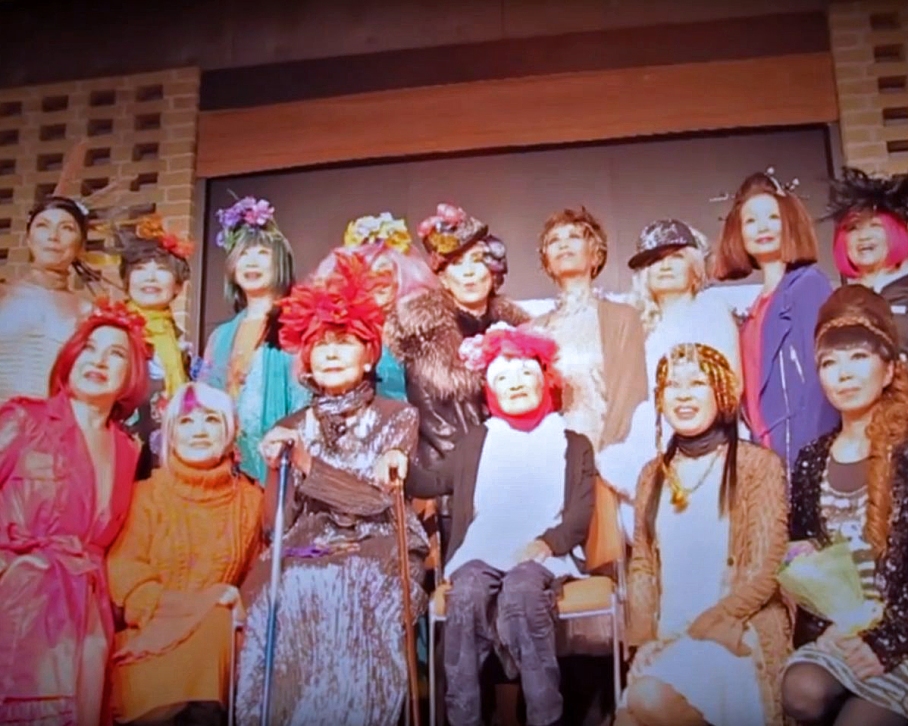 The looks on the Zoff print ads and TV commercials are styled by Kyoko Fushimi (伏見京子), one of Tokyo’s most renowned stylists whose striking work has appeared in magazines such as So-En and Composite, and who has collaborated with Tokyo retailers such as Laforet Harajuku. There is a high degree of pleasure to see that fashion knows no age limit and that a stylist isn’t restricted by the biological advances that say one isn’t young anymore. Equally a joy is to witness fashion brands going beyond the typical demographics that show those financially endowed to communicate the desirability of their products. It would be regrettable if this is so only in Japan, or among Japanese.

It is very likely that upon learning of his illness, Mr Matsuo wanted to give back to society by reaching out to those he thought was as ill as he was or wasn’t as privileged in terms of what he had achieved and gained in life. Although Makeover Magic was initially conceived for his homeland, it was eventually extended to Singapore, the home of his considerable business. When Mr Matsuo was once told that some people may think that he was making these women he chose look a tad foolish, he replied with certainty and a smile, “They don’t see what I see.”