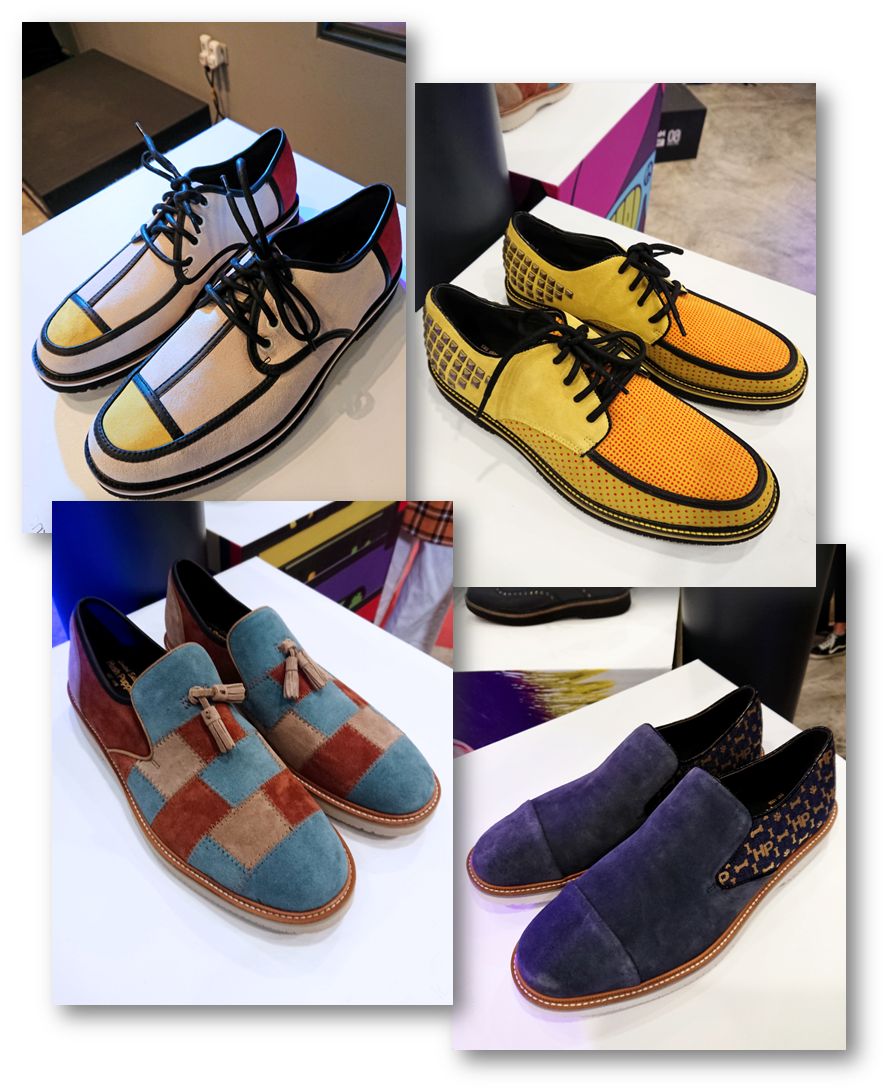 If you walk into a Hush Puppies store these days, you’d be forgiven if you thought you have stepped into a shop your father/mother (or grandfather/grandmother, depending) visits. It was the same feeling I had when I went to the Bangkok department store Pata in Pinklao, on the western side of the Chao Praya river. Named after King Mongkut’s brother, Pinklao is a fast-changing alternative to downtown Bangkok. But Pata (it once housed a roof-top zoo!) is where time stood still. Exactly which decade, I could not tell. The place and products were evocative of those times you are probably too young to know—distant.

Truth be told, it is indeed at Hush Puppies that I visit when I need to buy my father shoes, usually during the lead-up to Chinese New Year. You see, my dad wears a very specific sandal and it can be found in Hush Puppies. This is not to paint Hush Puppies with an unflattering stroke. The American brand makes comfortable and lasting shoes, and considering that the footwear of choice among hipsters today are those that are, at best, off-beat, they could be erring on the right side of fashion.

In case you’re still in doubt, Hush Puppies will convince you with the just-released series of shoes based on the ‘Bernard’ silhouette, a handsome one that can be traced to some of the looks that defined the brand in its early days in the ’50s. Called the Decades Limited Edition Collection, this six-style release is issued in conjunction with the 60th anniversary of Hush Puppies. No prizes for guessing that each look “represents the fashion and pop culture of the era from the 1950s to the 2000s”, as the brand’s media release states.

These are clearly shoes conceived to draw attention to those feet shod in them. Accept for the black Oxford version that represent the ’50s, the rest sport visual volume that would be appreciated for their fortissimo—not at all, I see, contrary to the preference of the #OOTD brigade. The colours, too, are deliberately eye-catching and have more in common with sneakers of today than the smart shoes of the past. Hush Puppies have ushered itself into the era of the shoe-fie, even if a little belatedly.

This is, however, not the first time the brand has aligned itself with contemporary aesthetics. As I remember, back in 1994, American men’s wear designer John Bartlett gave Hush Puppies a brightly-coloured makeover when he showed vibrant suede ‘Duke’ slip-ons for his Forrest Gump collection to the delight of fashion editors and early adopters. In no time, others such as Anna Sui and Joel Fitzpatrick similarly featured those shoes, and Hush Puppies became a fashion phenomenon, saving the brand from a reported phase-out by parent company Wolverine.

Hush Puppies’s sudden popularity was remarkable perhaps because collaborations were uncommon in those days. The shoes, in fact, likely did better than initiator-designer John Bartlett’s own collection. Over here, I remember the shoes did not come in large quantities nor in all the available colours, and it was a big deal if you could score a pair. I am sure for the Decades Collection, Hush Puppies would not go small, even when it’s cleverly marketed as limited editions. The ‘Bernard’ shoes will no doubt stand out in the store as the ‘Duke’ once did. As they say, every dog—hushed or not—has its day.