If Singapore Fashion Week is no more, can a regional event be an ideal stand-in?

What we blogged three days ago turns out to be quite true. Singapore Fashion Week (SGFW) has possibly drawn to a close. After a comeback that spans three short years, the 2017 edition will be the last, according to an online report.

In an interview with Yahoo Lifestyle Singapore this past Wednesday, Tjin Lee, founder of Mercury M&C, the company behind SGFW, said, “After 11 editions*, that is my last Singapore Fashion Week. It means next year it will be ‘go big or go home’.”

It isn’t quite clear what she meant by “go big or go home”. Street expression aside, for many observers, increasing the size or duration of SGFW is not tenable since, by Ms Lee’s own admission, the pool of designers who are able to support SGFW is very small. Or even non-existent since, according to her, our “designers can’t fund themselves”. And “go home?” Has SGFW not always been staged on home turf?

The business talk of this morning was that Ms Lee has “registered the Asia Fashion Week URL”.  An online check confirmed that the domain name asiafashionweek.com has been registered to Tjin Lee using the Mercury’s office address, with a “creation date” of “2014-05-14” and an “updated date” of “2017-05-26”. It is, therefore, possible that Ms Lee has entertained the idea of creating a potentially massive Asia Fashion Week as far back as 2014, the last year of Audi Fashion Festival, precursor to her version of SGFW.

In the Yahoo interview, Ms Lee offered little details about the form this new fashion week will take other than her eagerness to “change the format” and “completely evolve and pivot” it. She said, “It’s got to be bigger than Singapore; think regional, think Asia… Whatever I do next, it will either be a bigger Asian focus or it will not be.” And she reiterated, “Go big or go home.”

An Asia Fashion Week is a fascinating although frightfully ambitious proposal. With most Asian hub cities—such as Bangkok, Hong Kong, Seoul, Shanghai, and Tokyo—staging their own visible fashion weeks, designers from the continent, young or established, may not see the lure in participating in a Singapore-based (assuming it’ll be held here) event that is a spin-off of a relatively low-key and humble one of debatable success.

Do other Asian designers have money? That was the question asked when SOTD spoke to some in the fashion business. The one issue, as Ms Lee has plainly noted, is the lack of financial means among local designers to pay to be part of a runway-centric event. The production of the collection itself is usually the main cost consideration for designers and, consequently, staging a show that they have to pay for is an unappealing proposition. Does spreading the net wider mean attracting fatter fish?

“The China designers have money,” said a product development manager. That is not entirely true. While there are designers who can be considered financially successful, there are also those who work on their collections with modest budgets, much like their Singaporean counterparts, and are not necessarily able to afford to stage shows. Those who are able, such as Masha Ma and Uma Wang, show in Paris, or elsewhere in Europe. Small, independent designers, as with the social-media/designer darlings, have trifling sums for marketing, let alone participate in a “big” fashion event. It can be said that for most fashion designers anywhere not blessed with munificent backing, a splashy catwalk presentation is not ticked for consideration.

In China, the main fashion weeks are sanctioned by the Ministry of Commerce, and supported by local or municipal governments, and may not be in the form of funding. Rather, it could come as provision of venues or logistical aid. Together with corporate and media sponsorship, the final budgetary burden on show organisers is significantly lighter, and that helpfully relieves the financial load weighing down on designers. China’s fashion (not garment manufacturing) industry is a fairly young one, and it is common understanding that fledgling designers would not be able to stage a massive show without assistance.

There are more fashion weeks in China than film festivals—a situation also seen in India. According to the organizers of Shanghai Fashion Week, there are about 30 fashion weeks throughout China, with Shanghai Fashion Week and China Fashion Week (in Beijing) being the two most important and under international media radar. Chinese designers and those outside the mainland are, therefore, spoiled for choice when it comes to choosing an ideal platform for their collections or a larger, more receptive audience. What then could be the appeal of the suggested Asia Fashion Week? Ms Lee has not made her case. 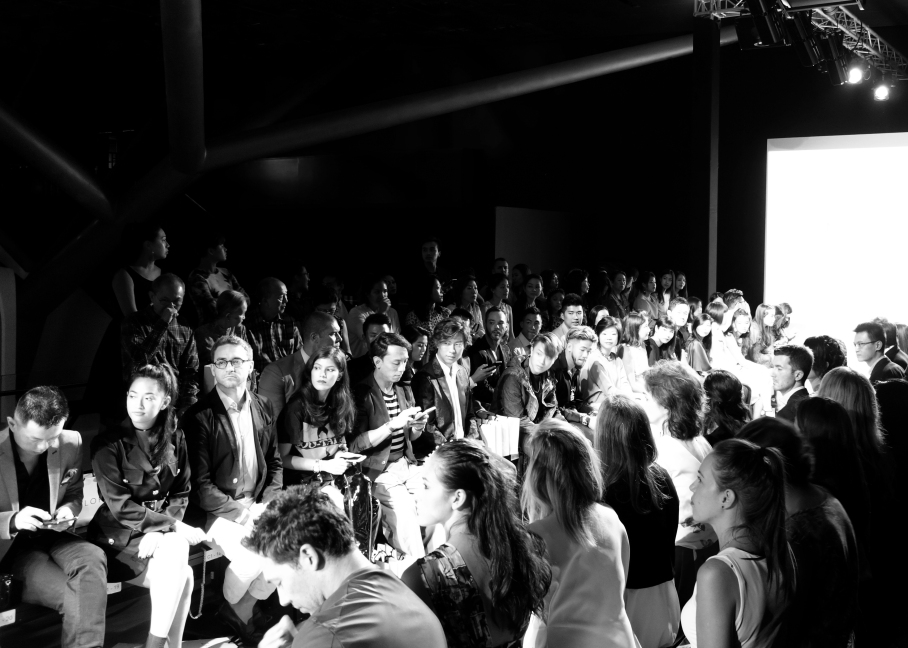 Singapore Fashion Week fashioned by Mercury is, as many observers have underscored, a business, and one that has to have a more-than-healthy bottom line. It was shared during the event last week that this year’s SGFW may run a six-figure loss. We have not been able to independently verify this sum, but if true, it is understandable why SGFW has to end, or morph into a remunerative version. Taking into account that Mercury reportedly received no aid from the government, their income prospects had mainly come from corporate sponsorship, charging designers for participation (whether the charges were equitable, no one could say for sure), and ticket sales.

Corporate sponsorship has always been the main means to fund SGFW, but, as Ms Lee wrote in her personal blog, “even big companies are often happy to give product, lots of it, but are often reluctant to part with cash.” It has been said that since the generosity of Audi during the ‘Festival’ days of Mercury’s fashion-show extravaganzas, corporate support has not quite been what it was. Whether that means reduced monetary sponsorship, sponsors are unwilling to say. Money received from charging designers to stage their shows is even more dismal. It is known that Mercury had in the past hook designers up with sponsors—but that did not necessarily improve the ledger. Increasingly, designers were unwilling to pay (chances are, Jason Wu did not, as he was “invited”). And door tickets, despite the high price (up to $250 for a package for the inaugural Zipcode forum), did not sell enough to delight any finance manager.

“If the business opportunity is so gloomy, would a larger fashion week that encompasses Asia really work, and how,” SGFW followers have asked, “and what happens to the raising of the Singapore flag?” Perhaps, in the end, business viability overrides noble causes, whether they’re idealistic or not, especially if they are. It would be a pity to see Singapore Fashion Week, with a history that dates back to 1990 (not since Mercury’s founding, as it seems to be the thought), come to a complete close. While an Asia Fashion Week may continue to shine the spotlight on our island, it will still not change the fate that, as Ms Lee despairingly told Yahoo, “Singapore is too small a country to support its own local domestic fashion”.

For veterans of the Singapore fashion scene, and some newcomers alike, Tjin Lee’s idealism is not without its charm. Her love for fashion weeks, her steely determination, and her dream to embrace all of Asia are reminiscent of the reverie of Ms Lee’s one-time collaborator Frank Cintamani of Fidé Fashion Weeks. Mr Cintamani had sought to bring his fashion weeks—first staged here—across the region to salute Asian designers. His resolve saw the formation of the curious Asian Couture Federation. Following friction with organisers that took to social media during Vietnam International Fashion Week, which he teamed up with in 2015, Fidé Fashion Weeks is rather silent in the past year, except for the “democratically priced couture-infused British label” Couturissimo, which is strangely now doing the pop-up rounds here.

SGFW may not be a stable foundation for a bigger fashion week since it was built on not-completely solid ground, but it is on top of SGFW that Ms Lee will “evolve” the event. Perhaps she’s starting anew, creating a clean slate, from which to better repackage a fashion week. As one PR manager said, “It looks like she’s sinking the ship that she built.” For Ms Lee, it is possible that in order to start afresh, she has to close the door that she opened years ago so that another might be unlocked. Opportunities do come through many entrances, whether they’re narrow or wide, whether they welcome or spurn.

* The Singapore Fashion Week in the form of the last 3 years began in 2015 as a remade Audi Fashion Festival, primarily a shopping-related event

One thought on “What Comes Next?”