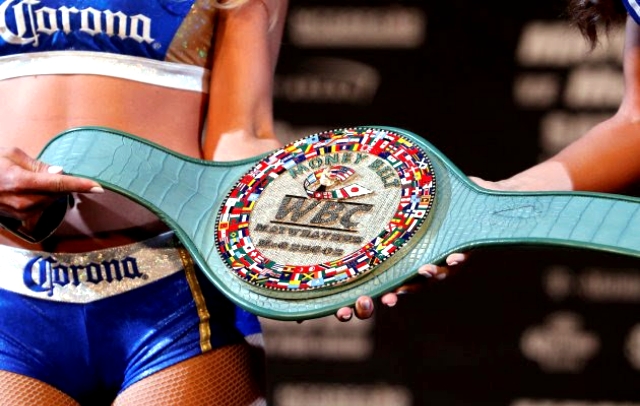 The recent Floyd Mayweather and Conor McGregor 12-round fight is over and you know who won. Apart from the reported “at least USD100 million” that each of them will receive, Mr Mayweather will also walk away with the champion’s belt, a flashy waist clincher that, to me, beats any trophy or Olympic medal in lurid ostentation.

Don’t get me wrong. Winners of any competitive sport deserve to be bestowed tokens of triumph. But in this boxing match, winning the Super Fight (why any of the competitions that Usain Bolt raced in aren’t known as the Super Run beats me) means you get the “Money Belt”, so called presumably because it is supposed to cost more than USD1 million, but more likely because it is a predictor of Money Mayweather’s win!

A monstrosity that is shaped like a wrist watch for the torso, the Money Belt (how does one say that without referring to a travel accessory mostly associated with budget travel or, worse, sounding crass?) has, according to the World Boxing Council (WBC) president Mauricio Sulaiman, “3,360 diamonds, 600 sapphires, 300 emeralds, 1.5 kilograms of solid, 24-karat gold, and alligator leather that comes from Italy.” Doesn’t that sound like something that will thrill Rosmah Mansor (also known as Mrs Najib Razak), even if it is small change compared to the USD$27.3mil, 22-carat, pink diamond necklace she is reported to have bought? And, did you know there are alligators in pasta land?

But maybe I am missing the point (to be noted, I am no boxing fan). This is the comeback fight of the decade: an un-retired Floyd Mayweather boxing to retain his undefeated record. Professional boxing, unfortunately, is not unlike pro-wrestling—both are flashy events and the flash augments the excitement of the fight. Mr Mayweather himself is not exactly the epitome of Normcore (nor his opponent Mr McGregor). Don’t tell me gold boxing gloves are nondescript.

The Money Belt, spelled out in emeralds (!), matches the hoopla. And the sleaziness—how else do you explain the Corona-sponsored bikinis worn by the two models who presented the Money Belt during its introduction at a WBC press conference? Even if it is doubtful Mr Mayweather will wear the belt as part of his everyday dress (you never know!), its existence is a reminder that today, flashiness is part of many sports.