Even when she’s finally willing to wear something that can be discerned as clothing in her new music video, Miley Cyrus proves she’s a better singer than dresser 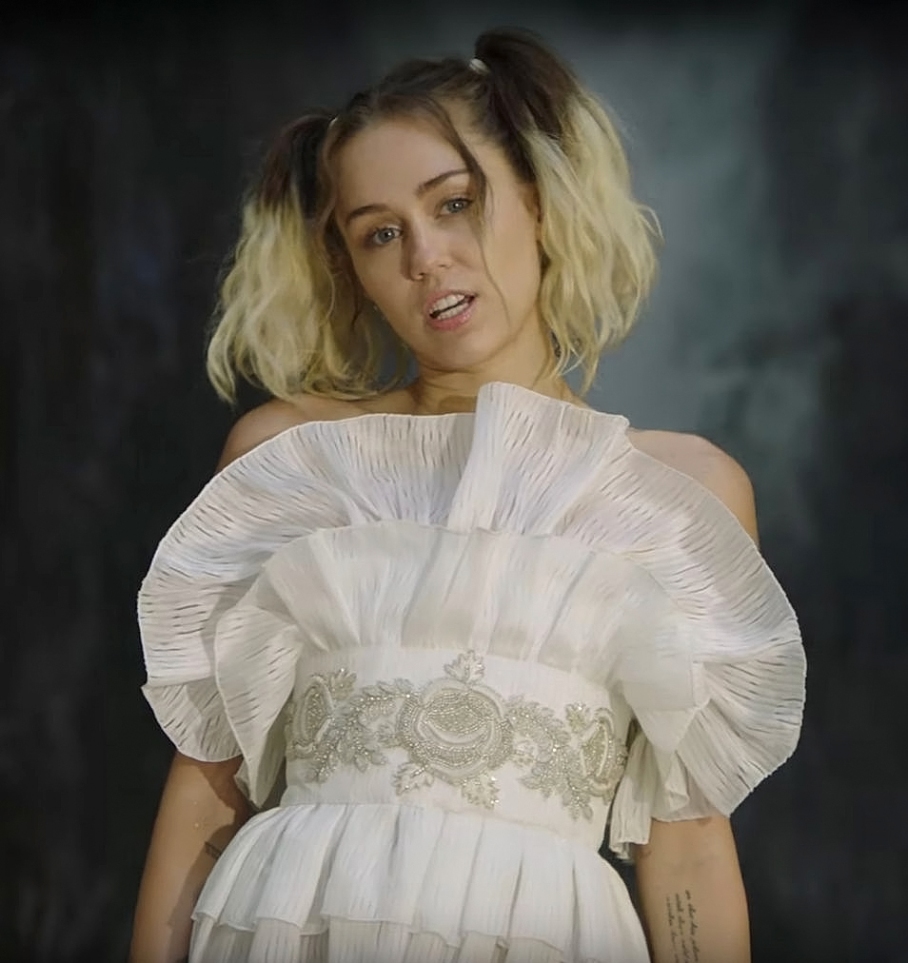 Unlike many of her fans, I have never considered Miley Cyrus much of an influencer; at least not in the style stakes. You see, I have a problem with women who fashion themselves as style icons but do not use clothes. Or, use very little of them. What was Ms Cyrus wearing in Wrecking Ball? Underwear and, in parts, nothing—she had more fibres in her lashes than on her body. What fashion statement did that make?

Maybe it was what she was riding that counted, such as the wrecking ball and, in the Bangerz tour, the hot dog. Free of outrageous props in her new video for the single Malibu, Ms Cyrus needed fashion to carry a message: I’m no longer the trollop that I once appeared to be; I am again a girl-next-door (thinking of marrying the completely not deviant Liam Hemsworth). Or, as Wendy Williams recently raved in her eponymous show, “cleaned-up Miley”. 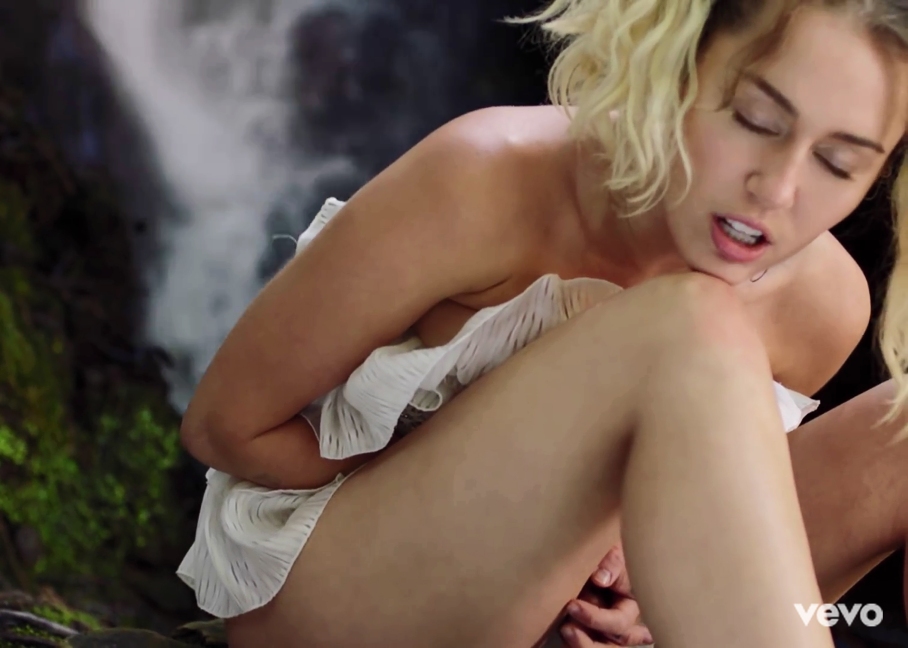 I am not sure if a scrubbed Princess of Twerk can be transformed into a High Priestess of Fashion, but Ms Cyrus seems to be trying. In Malibu, she was in no less than nine outfits, with one strange voluminous, off-shoulder dress that was made even more capacious with the puffiest sleeves and widest train you ever saw—more cloth in one outfit that everything she ever wore in her entire singing career.

So what does it mean now that ex-Hannah Montana is clothed? I don’t know about you, but when I first saw the MV of Malibu, I thought it was Forever 21 that had an arrangement with her wardrobe mistress. Who would have thought Billy Ray’s hitherto provocatively dressed daughter would take to a style more akin to Nashville’s off-stage Juliette Barnes’s? 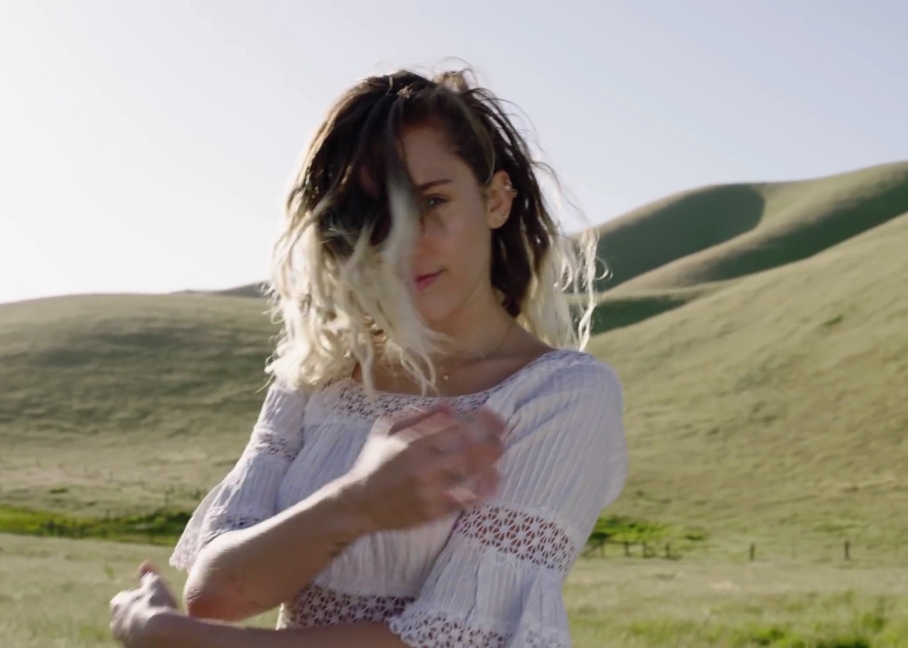 I understand that Ms Cyrus’s main audience is young, school-going, and in need of an idol that can provide dress ideas for classes (in the US, they don’t wear uniforms), going to the mall, traipsing the beach, as Ms Cyrus did in Malibu. Ordinariness for every day seems to be the main message. Like you, she need not rely on the weird and crude to be likable.

Her choice of tiered frilled frock, bra top and harem pants, cropped funnel-neck pullover and bikini bottom, lightweight sundress, itsy-bitsy tube top and shorts, beribboned sweater-top and diaphanous shorts, and more sweater-and-briefest-briefs pairing meant that she could make herself more relatable to the Republican-loving girls that now could be her core listeners and admirers. It is likely that this is a Gaga-esque, post-meat-dress sartorial breakthrough; this is also the singer-songwriter at her most heartfelt—no frightfully cute or wildly sexy outfit to distract, or worse, augment. She is not wrecking anymore.

To be sure, Malibu is not that bad even when many critics think otherwise. For sure, it’s inoffensive, which, when weighed against the Miley Cyrus repertoire, may be the first of her songs that would be welcome at Fairprice. This is clearly conceived for a summer release. Close your eyes and you can feel the sea breeze (or “birds catching the wind”), even taste the salt in the air. The singing is so earnest and un-bombastic that you’re strangely drawn to her confessional: “I never would’ve believed you if three years ago you told me I’d be here writing this song”—a reference, no doubt, to her 2013 break-up with fiancé-once-more Liam Hemsworth.

There’s a sweetness that may not be immediately digestible until you open your eyes and see her—seemingly sans makeup—frolicking on the beach, hand clutching a flying bouquet of balloons, all the while the folk-poppy guitar jangle remind you this is rather serious, songwriter stuff. 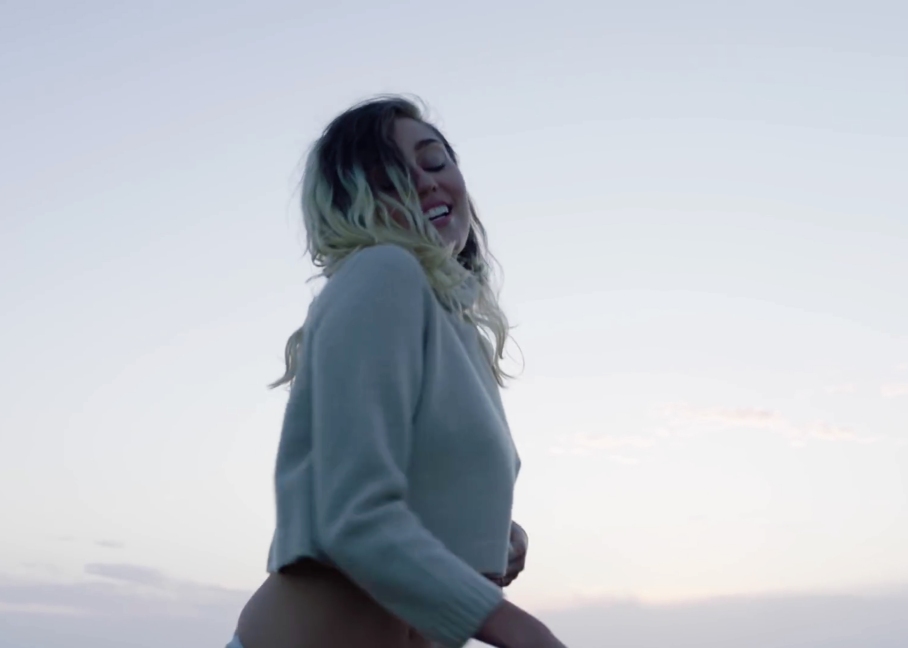 This cleaned-up Miley Cyrus was, in fact, already seen in the past years in The Backyard Sessions (to support her Happy Hippie Foundation)—YouTube posts of her and her band doing some of her favourite covers, which include the impressive rendition of Dolly Parton’s Jolene and James Shelton’s Lilac Wine, with no hint of Auto-Tune at work, only colouring that sometimes makes me think of Amy Winehouse.

In these sessions, she wore a sleeveless skin-toned lace top and a no-nonsense black skirt. Her hair was tied into a casual chignon, as though she had just pulled the curls into shape before hitting the mike. You sense that she wanted you to hear her voice rather than be distracted by her dress. And she certainly wasn’t going to sit astride anything ball-like or phallic.

The pared-down Miley Cyrus continues her Trump-supporter look in the cover of the latest issue of Billboard magazine on which a pink dress would not look out of place in Alice in Wonderland or downtown Denver. Is Ms Cyrus reprising her Hannah Montana look or embracing her country roots? I’m not sure. Either way, there’s no mistaking the grassroot aesthetics of her new-found, clothes-galore wardrobe.

This does not seem like a one-off. But how long will she stick to the normal-girly before another clear plastic of a dress, or bits of straps as top come acalling? To me, one thing will never change: those blemish-bits of tattoos on her arms and hands that, despite the Sunday church-worthy dresses, suggest Ms Cyrus needs a bath.

One thought on “Clothes Become Her”