Actually, make that arrived. The welcome mat was laid for Edward Enninful at British Vogue, where he will be the magazine’s first male—and black—editor-in-chief

In the world of fashion editorials seen north of the equator, black male stylists are as common as Kanye West X Bape Bapesta kicks (that first collab that got Yeezy hooked on creating sneakers). The British-Ghanian stylist Edward Enninful is considered to be up there among the best—in a pantheon dominated by Caucasian women. Now that he’s secured the editorship of British Vogue, all eyes are on Mr Enninful to see what he can do to bring the magazine out of the lull that kept on under the stewardship of the previous EIC Alexandra Shulman, who was with title for 25 years.

Sure, there is, of course, Andre Leon-Talley, long associated with (American) Vogue, but Mr Enninful appears to be the quieter of the two, with no perceptible predilection for appearances on the Oscar red carpet or America’s Next Top Model, bearing pronouncements such as “She’s conveying to me a volcanic sultriness under the iceberg of cold, frozen, incandescent beauty. She’s hot, and she’s cold.” Mr Enninful is less of a public face that way, and seemingly less voluble too (his appearance in the post-Trump filmlet I am an Immigrant could have been missed in a blink), but his work has always caught the attention of designers and fashion followers. The images that he styles have an edge that grabs, an over-the-top sensibility that does not, regardless of the excesses of the post-Internet age, spill over. 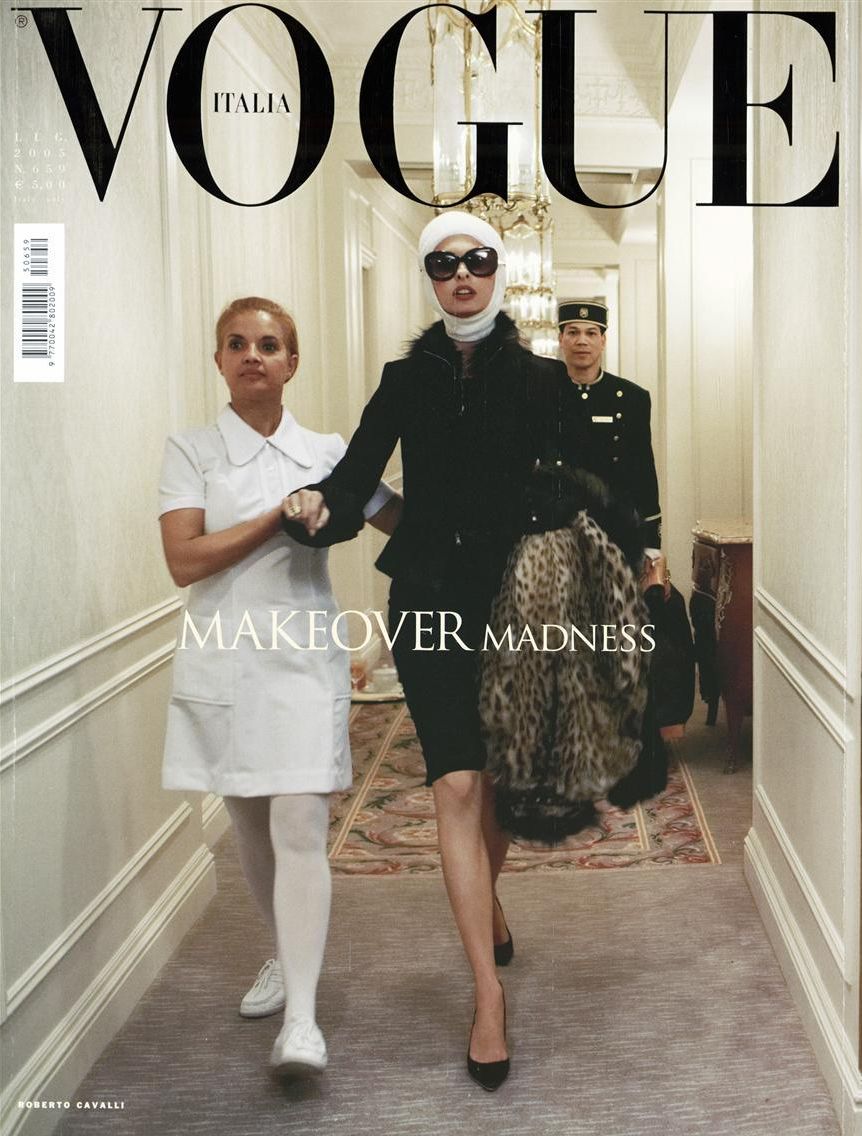 Most memorable were his contributions to Italian Vogue, in which, together with the late Franca Sozzani, Mr Enninful dreamed up some rather controversial editorials. One of them, in 2005, featured Linda Evangelista getting ready, going through, and emerging from cosmetic surgery, entitled “Makover Madness”. The spread brought attention to the photographer Steven Meisel (more than Mr Enninful), and critics were vocal about magazines promoting unattainable beauty by encouraging readers to go under the knife.

Another, three years later, was “A Black Issue” (and it was exactly that—the entire magazine was dedicated to black models and creative individuals). The European editors, it was thought, were more advanced than their American counterparts when it came to diversity, and Mr Enninful did not disappoint. “A Black Issue” was a huge success, so much so that, according to a Time magazine report, “after the original run of the July issue sold out in the U.S. and U.K. in 72 hours, Vogue Italia has just rushed to reprint 30,000 extra copies for American newsstands, another 10,000 for Britain and 20,000 more in Italy. The only complaints about the reprints might come from those currently trying to sell copies on eBay for (US)$45 apiece.” (Interestingly, Vogue Italia’s newly appointed EIC is also a guy: Emanuele Farneti.)

Mr Enninful continued to embrace coloured models in his work, unafraid of the possible losing battle against what he called “white-out that dominates catwalks and magazines”. In fact, it is his visual acknowledgement that diversity can be fashionable that has set his work stunningly apart, such as the “We Are the World” spread for the September issue of Vogue in 2010. Half a dozen models of different races (including China’s Liu Wen) was probably unusual under Anna Wintour’s watch, but the editorial may have laid the groundwork for the magazine’s first “diversity” cover last month. Reportedly, it was Ms Wintour who championed the hiring of Mr Enninful, even when he already holds a full-time job as fashion and style director at W.

Although he may have let his imagination run wild in most of his influential works—no doubt goaded by the editors who commissioned him, these were not hangover from his teenage years. Mr Enninful had an early start in the business. It may be hard to tell now, but he was a model at age 16, and, later, assistant to one of the most influential stylists of ’80s London, Simon Foxton, whose editorials for i-D and Arena at that time made British fashion/lifestyle titles more compelling to read than those across the Atlantic. At 18, he was appointed fashion director of i-D magazine, which left for posterity his fate as the youngest ever fashion director with an international title. 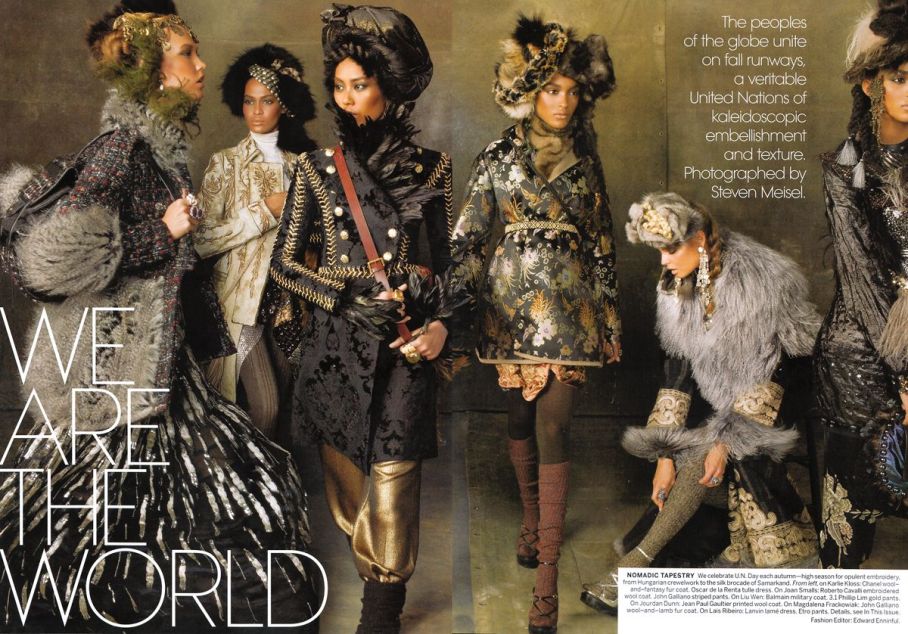 By then, he was working with photographers such as Nick Knight and Corrine Day. His successful pairing with Steven Meisel and his striking output for Vogue Italia, placed him as one of fashion’s most important image makers. His advertising work for designer labels such as Calvin Klein and Lanvin underscore his keen commercial sense. And his close friendship with industry heavyweights such as Pat McGrath and model model Kate Moss, whom, according to Suzy Menkes, he has known since she was 14, makes him somewhat of an industry darling.

Mr Enninful’s appointment at the 101-year-old British Vogue as its 11th editor was met with palpable joy. Congratulatory messages on social media came fast and furious, from Grace Coddington to Vanessa Friedman. The media was no less fervent in their reports, with the Guardian rhapsodizing about him as “someone who shakes up mainstream titles, and makes them chime with the interests of younger readers”. It would seem then that Britain’s “most established magazine” made a well-supported choice. We’ve always been partial to British magazines, from the now-defunct The Face to the very present Porter for their willingness to be unconventional and exhilaratingly current. We can’t wait to see what Edward Enninful will bring to British Vogue.