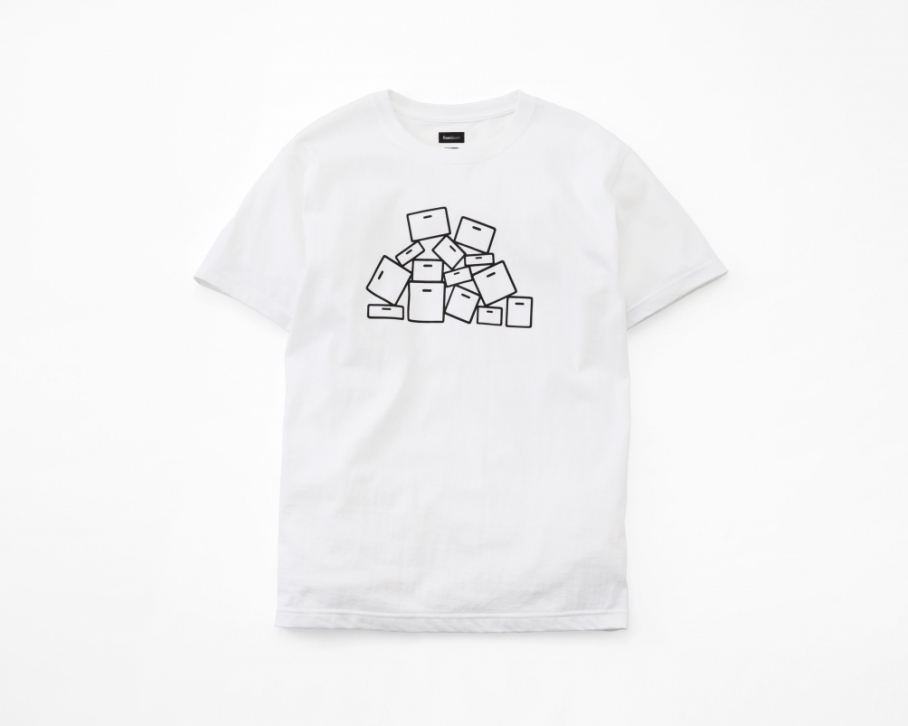 The old girl has still got some tricks up her conventional sleeve. Just as you thought that Singapore’s oldest Japanese department store will continue to tag only the tried and tested, Isetan opens a pop-up store at its Scotts Road outpost that features the Muji-ish Tokyo label Fresh Service.

Don’t let the name fool you. This is not a part of the supermarket on B1. In fact, Fresh Service is situated in the men’s department on the third floor. And you can’t miss it as the space is demarcated by brown packing boxes that are clearly marked with its name. It is, in fact, the first thing that attracted me. It’s a cleverness (or, maybe, goof) that, to me, is typically Nippon. The Japanese are especially adept at turning what ought to be in a warehouse into a VM component. 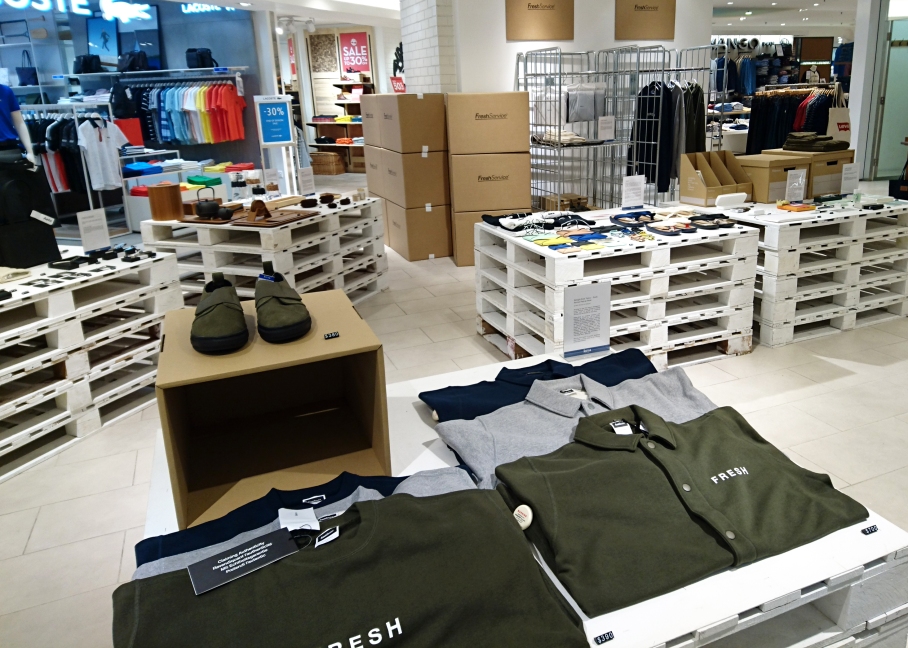 Unboxed, Fresh Service is, well, fresh, in that it is a retail concept that is not often seen in Singapore. It’s one of those minimalist approaches to design and retail that we frequently encounter in Tokyo during our travels, and had wondered why no one here had thought of doing something similar. Fresh Service offers a mix of merchandise: clothing, accessories, small leather goods, home ware, and bric-a-bracs that many ardent shoppers will find fascinating.

At first look, the concept reminded me of Good Thing—also a Tokyo enterprise—that I call Muji gone luxe. I first encountered Good Thing some years back in the now closed-to-be-rebuilt Parco in Shibuya. They’re primarily a clothing brand with a stripped down aesthetic that the Japanese do so well—rather Aigle-spending-too-much-time-in-Tokyo! The North Face Standard fans will know what I mean.

Fresh Service is the pet project of Takayuki Minami, the creative director and founder of Alpha Co. Ltd, a Tokyo-based outfit that is known for its branding design, as well as shop and apparel design. Their clients include the men’s wear and general stores 1LDK and John Lawrence Sullivan. Alpha Co is also behind the multi-product, impossibly chic “curated space” Graphpaper in Tokyo’s Aoyama, home of some of Japan’s most renown designers. Fresh Service is what the brand calls a “mobile concept store” and is really, by their own admission, a “fictional shipping company”.

It is understandable if you had not guessed that. Despite no relationship to retail logistics, Fresh Service is based on how goods can be packed, transported, and sold, almost in one fell swoop. Its flagship store in Nagoya is ironically and appropriately called Stock Room, and is designed to look like one. At Isetan Scotts, the space is bordered by packing boxes and the merchandise are displayed on crates. The idea is a truly logical and practical one. They “stuff the packing with goods, make a shop with the packing as fixture and when the shop is over, pack the items again and send back.” Just like that. The retailer hosting them do not have to bear any fit-out cost. 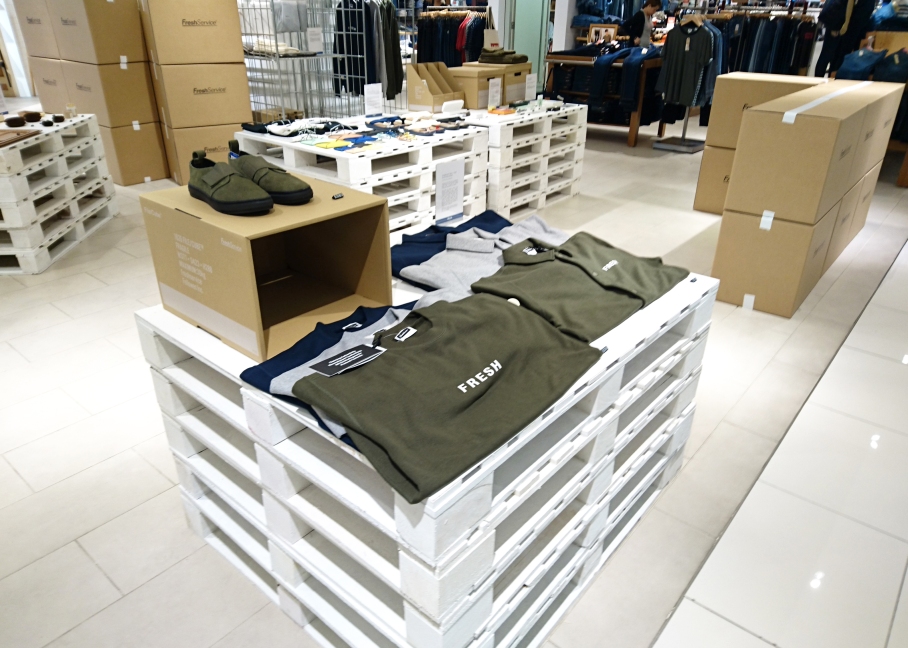 Despite its potential as a garment-only re-seller (since clothing is mostly packed flat), Fresh Service isn’t big on clothing, at least, not here, or, maybe, not yet. The few items they have comprise mainly cut-and-sew tops, sweatshirts, T-shirts, and pants. All of them, I’m sure, will not appeal to those who are devotees at the altar of Gucci. These are clothes that will be easily dismissed as utilitarian, which, for the discerning among us, is not a bad thing. What could be daunting for most is the price. Crew-neck cotton T-shirts with a graphic print of packing boxes costs S$143.

But the quality is unmistakable. The sweatshirts, for example, are made by Loopwheeler, Japan’s leading manufacturer that still uses knitting machines from the ’60s. Even the storage boxes are made by the American stationer Fellowes, based on a design that’s more than a 100 years old and was first used in banks. This is what aficionados go for: craft and authenticity and utility. Fresh Service sure delivers—unpacked for your pleasure, alongside the cardboard boxes that they came in.

One thought on “Fresh It Is”