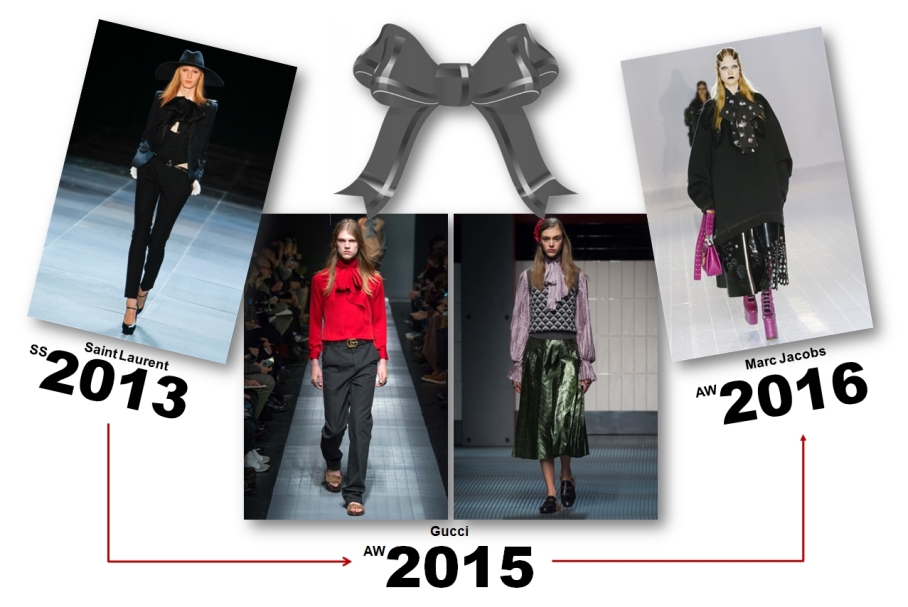 Tell a straight man that you’ll be wearing a pussy bow top and see how delighted he would be. This was overheard in a lift a week ago:

Woman, who looked like Daria and sounded like Chen Liping: “I’m going to wear my pussy blouse (sic) for tomorrow’s dinner.”

Man, who looked like Ben Yeo and sounded like Chua Enlai: “Is that what they’re called these days. Dear, I’m cool if you don’t wear any.” A grin followed.

No, I didn’t laugh, but I was, admittedly, amused. Some words are indeed indispensable when the wrong idea is not desired or solicited. Never have I thought that a floppy bow—considered the epitome of femininity—can be the object of cheeky, masculine delight. Fashion nomenclature: an update is in order?

It is unfortunate that one of the most popular styles of recent times has to share a name with domestic cats and, goodness forbids, a woman’s you-know-what. I have been warned by more than one dictionary that “when referring to a woman, pussy is perceived as insulting”. It’s understandable why flowers such as Rose and Daisy and Violet are frequently picked as girl’s names, even Cherry Blossom, but never Pussy Willow.

I am not quite sure how the bow really got such a moniker even when people have tried convincing me that it is named after bows tied round the necks of cats. If so, why not kitty bow? I mean, no one calls a cat’s latrine pussy litter! 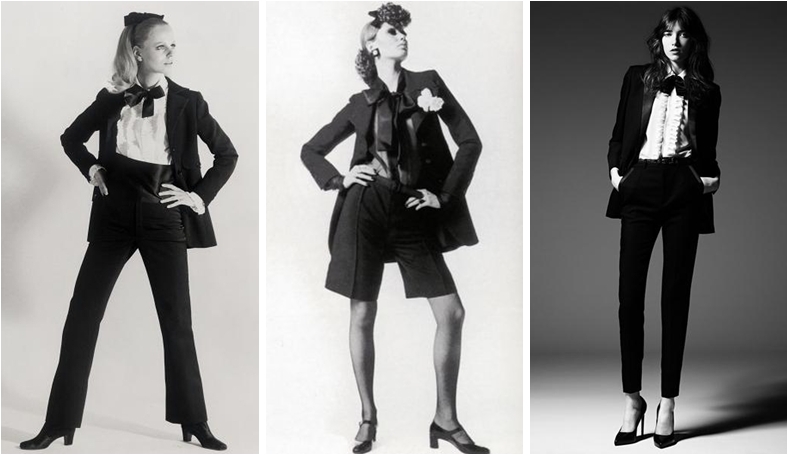 When Hedi Slimane (re)introduced the pussy bow for his debut collection at Saint Laurent—spring/summer 2013, followed by others, I had thought that it would not be a long-lived trend. The said bow has appeared season after season since. After watching the live stream of Marc Jacobs’s autumn/winter 2016 show, I know I was very wrong about its brief cheery life. The pussy bow is becoming a style cliché faster than you can tie one.

How long does a trend last before it dims? I am not sure anyone really knows anymore. Trend forecasters typically say a year, but look at cut-off denim shorts or skinny jeans: they’re still around, aren’t they? Hasn’t it been 10 or more years since they appeared? Wasn’t Kate Moss a child when she wore and popularised them? Demand—also weather, some will say, in the case of those ubiquitous shorts—certainly keeps some trends screen-on always.

It is not surprising that Marc Jacobs would introduce the pussy bow post-Louis Vuitton. Mr Jacobs has always flirted with the ’70s and mined the era’s fashion staples as people would with gold, a habit as regular as it is unsurprising. Fashion’s unrelenting romance with retro or the ‘vintage-y’ helps keep the practice alive. Retailers are happy to play along because, as one buyer told me, it’s giving  those who did not have the opportunity to indulge in items such as the pussy bow blouse the first time round (since they were not born!) a chance. She didn’t say that it is also to give their business another stab at selling to the now-larger critical mass. 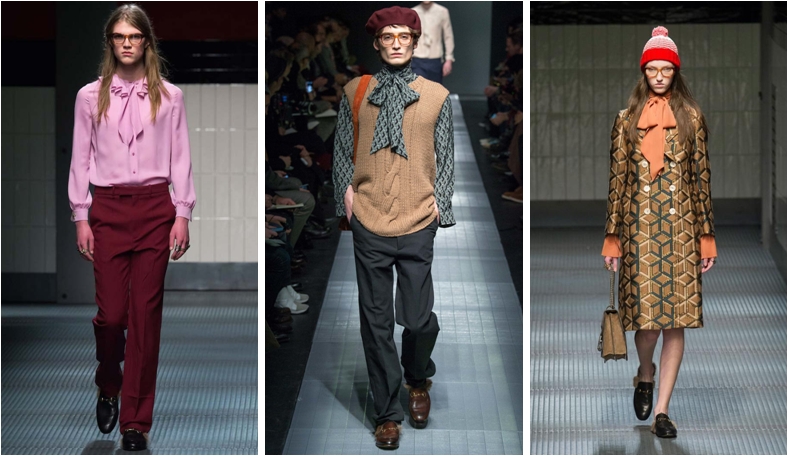 The pussy bow really caught on because of Gucci. Alessandro Michele first hinted (not at all discreetly) at its resurgence when he showed them on men at his very first collection for the Italian house, presented in January last year, reportedly designed in less than a week. (His appointment was not officially announced until after that show).

I’m not sure if Gucci’s pussy bows help men cut a dashing figure, but on guys, they are nothing terribly new, given that its predecessor, the cravat, has been around since the 17th Century—its genesis can be traced to a military unit called Croats or Crabats that fought against the Ottoman Empire. There was even a style that went by the rather masculine name Steinkirk, worn deliberately messy, as if as a badge of undisputed machismo.

The Gucci shirts that Mr Michele showed were thought to be ‘blousy’. That, to me, is quite in keeping with the Gucci DNA. Since Tom Ford’s silk shirts of the mid-’90s, worn unbuttoned as if men have deep-set cleavage, Gucci has been making chemises that women have no qualms wearing too. Blousy is not a post-Noughties trend; it’s a renascent interest. 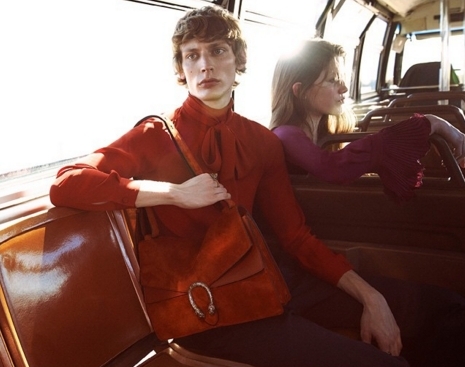 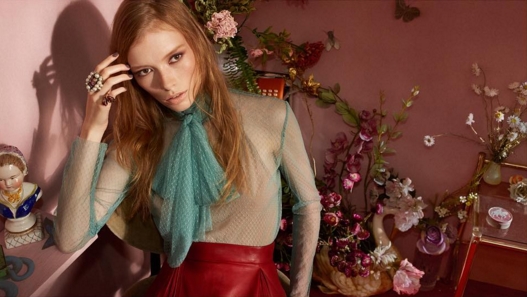 Mr Michele’s follow-up women’s collection, too, featured pussy bows, and the clothes were so successful that CEO Marco Bizzarri told Business of Fashion that the line will not be marked down. Not on sale: now, that’s news! Gucci pussy bows were protected from ending up on indiscriminate necks.

Despite the pussy bow’s connection to an iron lady and its association with ’80s suit-wearing careerists, its appeal has not been jeopardised by its own old-fashion bearing. This is, in part, due to Gucci’s interpretation—mainly in diaphanous fabrics that do not appear to choke you up in a bunch of fabric, and, also owing to the continual love for all clothes ultra-feminine. There isn’t really a modern take on sartorial femininity, so we plunder our grandmother’s wardrobe.

Even without a sale at Gucci, the demand for pussy bows increased. The filter-down effect was accelerated into a gush. Just as I thought the ‘It’ blouse was not going to survive another season, Marc Jacobs sent more out so that the pussy bow won’t renounce its catwalk prominence. This craze has gone beyond reasonable optimism. When will it come to an end, like all good things do? Well that depends on you, doesn’t it?

3 thoughts on “When Will The Pussy Bow Bow Out?”