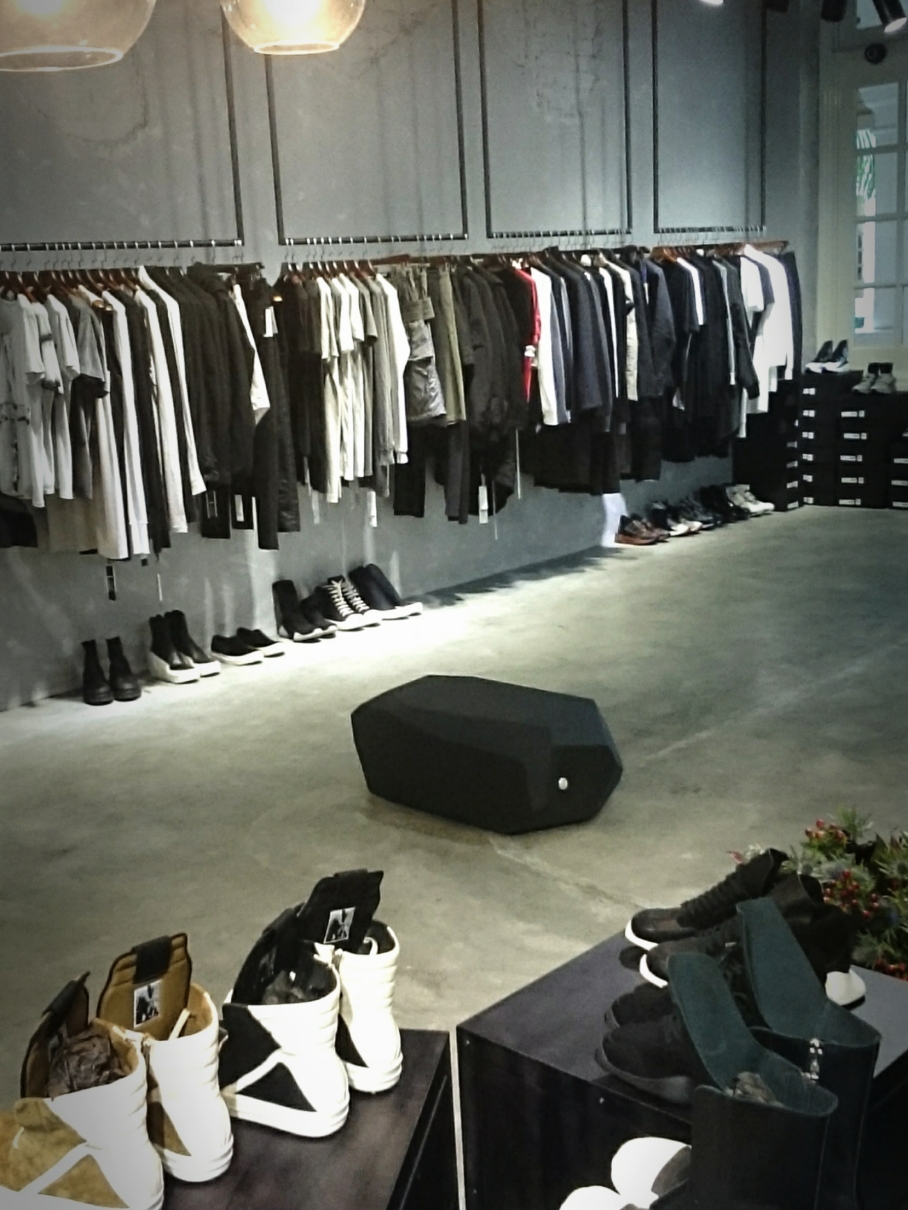 The Raffles Hotel Shopping Arcade is the last place you’d find a store selling fashion with a certain edge. Sure, there’s Surrender, but that’s where you’d discover rather conventional (but still cool) clothes. And there was Front Row, but that, as you have noted, was. Yet, it is in the retail wing of this grand dame of a hotel that you’ll locate a shrine dedicated to gloomy, goth-centric clothes. L’armoire, officially opened last Friday by Shanghainese husband-and-wife retail newcomers Rocco Wu and Celyn Pan, is, to be more accurate, an armoury for those who need to be shielded in a cloak of mystery or a patina of the deathly.

One name that lords over the 20 odd labels here is Rick Owens. Considered the godfather of gothic resplendence, Mr Owen offers clothes that are not immediately comprehensible, yet are the centre of an alternate universe, where, it seems, the sun don’t shine, and is still populated by a rapidly growing number of fans that completely live and breathe his monochromatic and monastic aesthetic. No figures have been released by the privately owned label, but one projection for the company reported in Complex cited USD120 million (possibly more) of sales for 2014 alone. Small cult following, as it is frequently described? 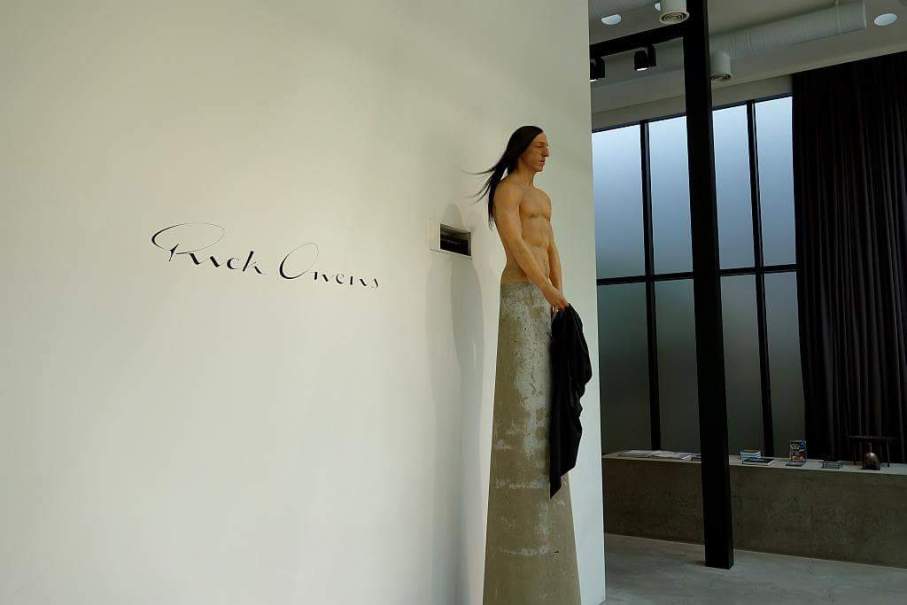 The Rick Owen image, while one that marches to its own indefinable beat, is a product of its time. Yet, it is not visually circumscribed by present-day conventions. It is part Judean robes of the 1st Century, part Sith Order coats of an imprecise past (“A long time ago, in a galaxy far, far away…”) and part Acolytes motorcycle gear of the “not-too-distant future”. Despite its high-fashion cred, the clothes can look menacing, ironic given the generally languid looks. Mr Owen’s T-shirts, if you can really call them that, are typically so long that the uninitiated are likely going to consider them dresses. These predate anything Givenchy or HBA has done to popularise the elongated men’s wear staple. Together with equally long pullovers and shirts, they influence even the most influential, such as Jay Z and Lenny Kravitz. So well regarded is the Rick Owens tribe that there’s even a Tumblr page called People Wearing Rick Owens.

Adding to the burgeoning figure is the consumption of the brand in the city of Seoul, where Asia’s first Rick Owen store opened in 2011 in a quiet corner of Shinsa-dong, just by Dosan Park, and opposite the Assouline book shop cum café. Bigger than even the Paris flagship at the Palais Royal, the Seoul outpost attests to the stealthy growth of this not-quite-underground renegade label. Even in staid Singapore, guys who appreciate G-Dragon more for the singer’s sartorial sense than vocal might, are adopting Mr Owen’s leaner, longer, looser silhouette. These are more than clothes that bridge the the gender divide. To supplement the Rick Owens aesthetics, and in doing so, define L’armoire’s own brand image, other equally dark and dystopian-looking brands hang alongside the former. From Tatsuro Horikawa’s Julius to Munich-born, Barcelona-based Boris Bidjan Saberi to Chinese designer Uma Wang, these names offer all the cowl necks, asymmetric tunics, and distressed leathers you could ever want for your wardrobe. However, despite their hewn edges and crushed surface treatments, these clothes have a certain polish about them that does not negate their luxury status.

Apart from clothes, L’armoire—meaning ‘cabinet’ in French—offers an appealing selection of footwear that, just like the store’s garments, veers towards the off-kilter. Of note is KKtP, a Shanghai-based shoe label conceived by designer Kim Kiroic who produces kicks very much in the vein of Mr Owen’s clomp of footwear. In other words, these are shoes that are perched relatively high on the mid-sole and slapped in the middle, lengthwise, with a monstrous tongue. They boot in the heel what, to many, is considered well-shod. Still, we applaud L’armoire for bringing this alternative world of fashion to Singapore. We sure need it.