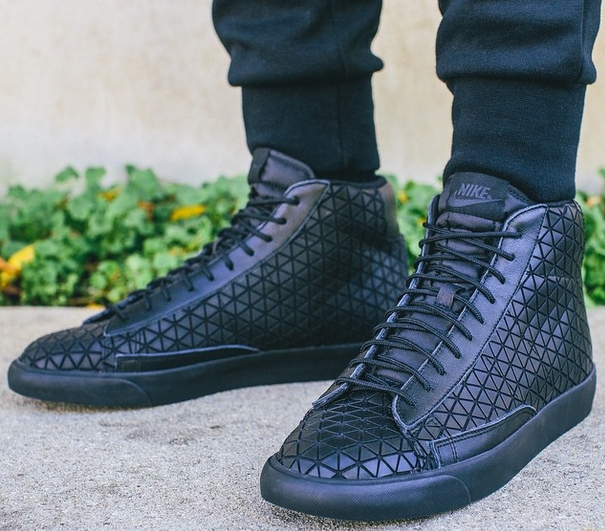 This is a little unanticipated. Well, at least we’re not expecting it, not in 2015, not ever. If there’s going to be Bao Bao shoe (and why not?), we expect the house of Issey Miyake to release it, not Nike. Well, America’s largest shoe brand has beaten the Japanese at the latter’s own unique aesthetic. Perhaps it’s true: to flatter, one must emulate.

Nike’s Blazer Mid ‘Geometric’ was announced via Instagram a couple of days ago, and it sure made us gasp. Is this Nike’s New Year present to the world of fashion by taking a dip into the Bao Bao’s USP? We, too, wondered if it was meant to coincide with the launch of Bao Bao’s debut men’s line in Tokyo just last month. The ‘Geometric’ is too similar too Bao Bao’s to be comforting, especially the Platinum 1 series. 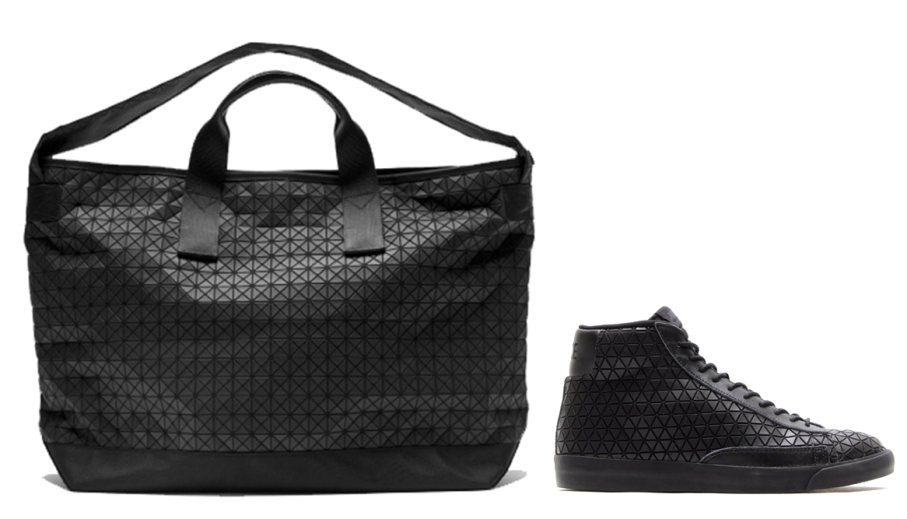 To be fair, Nike’s isn’t entirely like Miyake’s iconic pattern. Well, they look alike, but it isn’t made the same way. Nike calls it “a molded TPU geometric pattern”. TPU, for those who would like know, is a hybrid material that’s part plastic, part silicone. So the entire shoe is made of this, with the geometric pattern as a surface texture. The Bao Bao’s, on the other hand, are small geometric shapes attached to a mesh fabric, which allows the sum material to be pliable.

In fact, such geometry was explored before by Nike. We saw it in last year’s Roshe Run, but somehow that looks less like Bao Bao than the current iteration even when we could see the similarity. The thing about this particular repeated pattern is, many of us are quite sick of it. Bao Bao has, perhaps, become a victim of its own massive success. Nike has come close to their heels a little too late. As one brand manager we know said, “Noticed I have not use my Bao Bao bags for a long time?” But for those whose footwear must match their carryalls, there’s now a shoe to go with your hoard of Bao Baos!

The Nike Blazer Mid ‘Geometric’ will be launched in limited quantities at selected global retailers in two weeks’ time. No news if any store in Singapore will carry it.

2 thoughts on “Is Nike Doing A Bao Bao?”