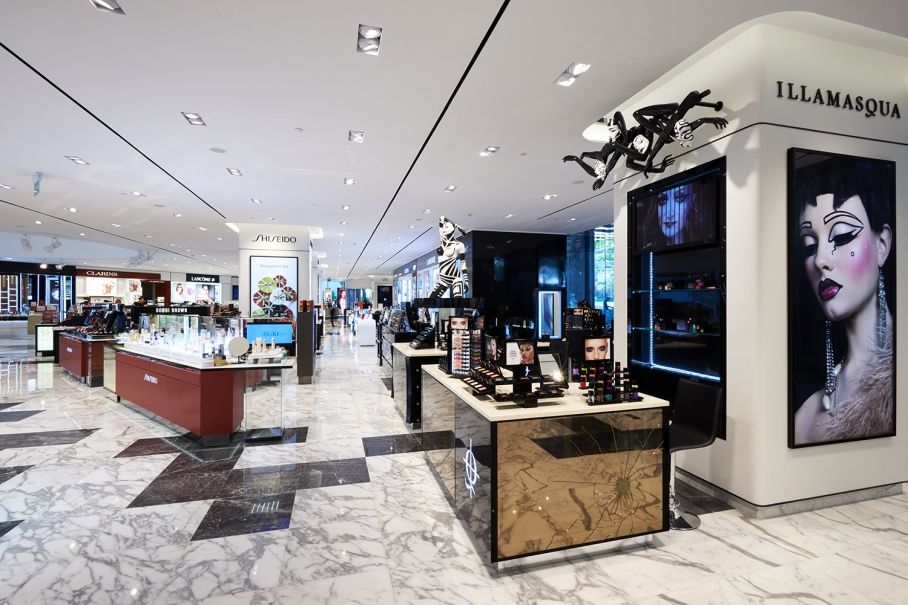 Our city’s second oldest* department store has a new home. The grande dame has, interestingly, moved into what was once a retail hub for the young: The Heeren. So without a trace of the building’s juvenile past is the current abode that what came before Robinsons Orchard (as it is now called) is nearly completely obliterated. As my shopping companion said, “only HMV and Marché come to mind now.” The new store yields so much swank that it is able to stretch Orchard Road’s high-end quotient further south, away from the epicentre that is Ion Orchard.

The last time I stepped into Robinsons at its other address on the same street—Centrepoint, where it has stood for thirty years (and will continue to do so till next year when the lease expires), it was to go to the only haberdashery in this part of town. And that was at least, if not more than, two decades ago. While Robinsons is one of our city’s most recognisable names in retail, with a 155-year history, it was not the island’s trendiest shopping destination, and clearly off the fashion radar on Orchard Road.

Despite attempts at a makeover, with stores such as the one in Raffles City and the now-closed branch at The Shoppes at Marina Bay Sands, Robinsons had not been adept at adapting to changing times. Talk among retailers prior to last Friday’s opening was that its latest incarnation would be fashioned after Lane Crawford as the man currently helming Robinsons, Franz Kraatz, was from the posh Hong Kong store. This speculation spawn skepticism as few believe a Lane Crawford would work in Singapore since the consumers here are known to be very price-conscious. It was doubt augmented by the fact that Lane Crawford did establish itself here with a 200,000 sq ft outpost at Wheelock Place (then known as Lane Crawford Place) in 1994, only to close 3 years later, during the 1997 Asian financial crisis. 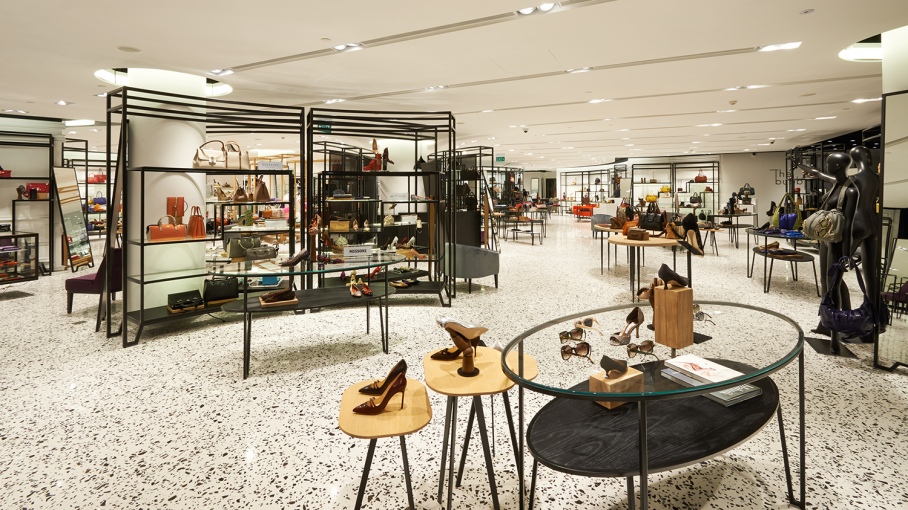 As it turns out, Robinsons Orchard has not lived up to the rumours. Unlike Lane Crawford, which today positions itself as a “specialty store” (aka mega-boutique), the six-level Robinsons Orchard is conceived closer to a conventional department store. Standing across the street at the junction of Orchard Road and Grange Road, and looking across at the building’s new glass-window exterior, I thought it looked more like a mall than a store. But once inside, the nondescript façade belies the international modernity that awaits. And the undressed glass windows make sense: the side along Orchard Road from the second floor up affords a calming and attractive view of the trees outside Mandarin Gallery, the very same trees that every evening are the site of our own conference of the birds.

While the first floor, allocated to cosmetics—a conventional zoning plan, reminds me of the old Robinsons, the other levels clearly broke free from what the store was used to. Its design speaks to a well-travelled shopper, with motifs culled from European furniture such as the French armoire that inspired the open, shelved cabinets and the Chesterfields in the men’s floor that suggest a gentlemen’s club. Some ideas reflect current trends in retail design: the preference for breaking the flow of a space with an unexpected ‘housing’ as seen in the woman’s jeans section, a treatment first expressed in London’s Dover Street Market, and, in the men’s shirt department, a display cabinet (featuring a miniature dinosaur skeleton) that brings to mind those used in the Comme Des Garcons Trading Museum in Tokyo, which are on loan from the Victoria and Albert Museum.

What would impress the first-time visitor is the staggering number of labels Robinsons Orchard stocks. The store has been touting the figure 382, of which 287 are exclusive. Most of the new labels are found in the women’s department on levels two and three. According to one of the merchandising managers, on level three, the percentage of outright purchase (products bought directly by the store) is 60% versus 40% consignment. That is an unusually high figure as department stores traditionally adopt a distribution model that gives greater weight to consignment than what they would buy outright since the latter means greater capital and larger inventory to manage.

But that is no concern of the regular shopper. Robinsons Orchard’s breadth (rather than depth) in merchandising results in a brand and product mix that is lively and sometimes surprising: qualities now quite lost in the department store retail format. The buyers would like you to believe that they have carefully ‘curated’ the selections since there is no underlying theme to the choices they make, but it is this happy, trendy hotchpotch that sets the store apart. It is interesting to note that Lane Crawford was the first store here to entice shoppers with a ‘curated’ selection of products, but, as a merchandising concept, it was too ahead for Singapore then. It is still uncertain if a store’s own discretionary merchandising trumps one that is market-led.

The labels they carry are too numerous to list here. The store offers not what some retailers like to call “affordable luxury”, but accessible luxury. In this respect, it is less treasure trove and more of a bazaar of high-end and mid-priced brands, high-street names, edgy labels and new talents. With a layout not based on a grid, which can be too formal, and sales people that are refreshingly friendly, it unzips the uptightness sometimes associated with an upscale store. The way to enjoy Robinsons Orchard is to be swarmed by the many products you have not previously encountered. Whether a pair of Manolo Blahnik kitty heels or an Elizabeth & James sweatshirt of floral silk chiffon and heather grey cotton, what can be found, if not bought, elicits the typical reaction: “there is a lot to see!”

A department store, unlike a supermarket, is not an everyday destination where you go in, get what you want, and leave. In the format refined by the Japanese, and strengthened by the Europeans, it is a self-contained space with a retail culture that encourages shoppers to stay and spend time there. This is possible though a merchandise plan that offers variety and newness, and visual merchandising finesse that allows a sense of discovery and encourages touching and learning.

Robinsons Orchard, as of now, seems to be such a store.

*For you trivia buffs, the oldest department store in Singapore is John Little. It was opened in 1845 on Commercial Square, the present Raffles Place

4 thoughts on “Is The New Robinsons The Best Department Store in Singapore?”