Staying at home does not mean people do not talk. Text conversations are sometimes more engaging than face-to-face chatter 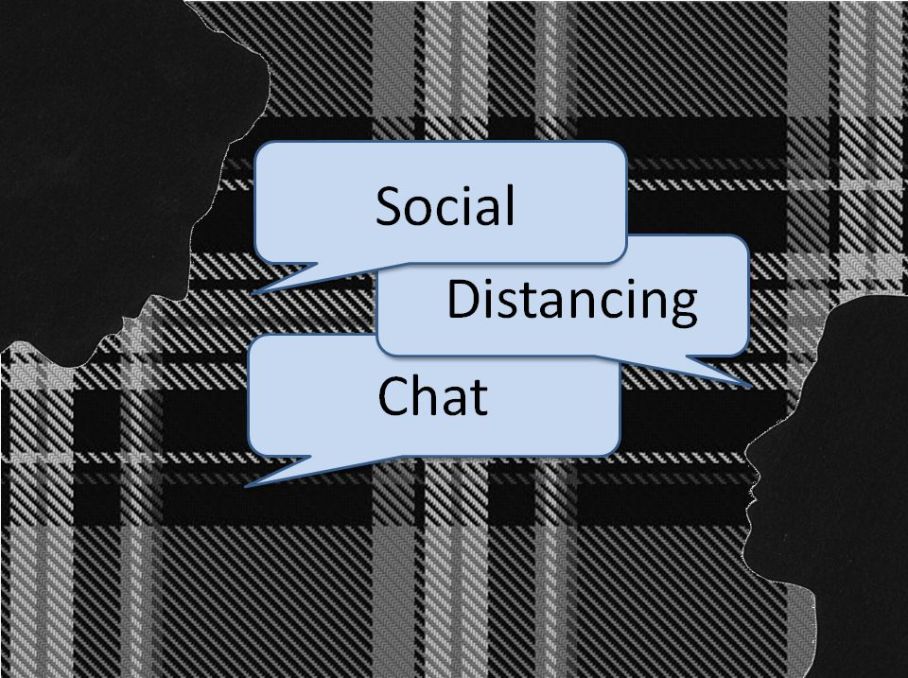 What a time. “Unprecedented” keeps cropping up in the news we read and hear. And all the time spent at home is equally so. Although meeting others socially is disallowed, social discourse via digital chat is well and alive. Fashion as trend may be on hiatus, but fashion as temporal intrigue isn’t. Two friends, unhindered by space and time, accompanied by bags of Lay’s, continue with an on-and-off banter about some characters of the fashion world…

First: How are things?

Second: Going to 7-11 is the most exciting. Making choices over what crisps to get.

F: I make my own keropok. I have also been catching up with my reading. Just finished All That Glitter!

S: Which one is that?

F: The one about Condé Nast and the sparkling rivalry between Anna and Tina!

F: It first appeared in 1994 as Newhouse. The present version is expanded to include happenings in the Trump era. Actually the (Si) Newhouse way was recounted in small bites in Ruth Reichl’s autobiography Save Me The Plums.

F: In the end, Anna prevailed!

F: Probably deliberately. If you can’t save it, why not fashion it to death? Actually, about three years after her reign at Vogue, she copped out. I feel that very strongly now. The book shows she’s essentially a very commercial EIC.

F: Don’t forget Kim and Kanye. Editorially, she could not beat Tina (who did, sadly, become too formulaic), at least in the beginning. She had good people with her, such as James Truman, who eventually took over Alex Lieberman. I think she never lived that down although Truman was part of her staff.

S: I was always bored by Tina.

F: Frankly, I find her a tad crass. And her taste is somewhat questionable.

F: Not quite the Town & Country set! That’s why she ended with Harvey Weinstein backing her Talk!!! After New Yorker—VF 2.0—went not quite anywhere. She seemed enamoured of Hollywood types.

F: Anna, while also courting actresses for her covers, was doing a different scene, which regrettably (for her, I’m sure) included Donald Trump! Remember she featured Melania on a cover? Anyway, she moved in better circles than Tina. Hilary was, and is, a ‘friend’. And her tennis kaki is Roger.

S: Anna, because of her father, probably had better connections.

F: I think because of the presumably serious journalistic environment that she grew up in, perhaps knows who is better company to keep. She used fashion as a platform well, better than Tina using Hollywood!

F. At least, Anna has a costume centre to her name. What has Tina got? Even her so-called friendship with Diana is dubious! I don’t think Diana would be pleased if she knew their private lunch at The Four Seasons was exposed in the New Yorker!!! Anna was there too, but publicly she did not condemn Tina for the exposé. I think she was livid as she had arranged the lunch.

S: I can’t remember that lunch.

F: It was back in 1997, I think. The story came out three months after the car crash.

F: That’s not cashing in? Actually, if I am not wrong, Anna was friends with Diana first. Diana consulted her on clothes. Apparently she used to call Anna for help—er, advice—at British Vogue.

S: Have you read the Loulou biography?

F: Oh, yes! So many characters!

S: It’s quite fun. Loulou’s camp was so savage with ALT. His bio’s coming out—dunno how many chapters on his grandmother (we already know her so well!).

S: What I really want to know is what he eats for breakfast, lunch and dinner, and in between. That weight is not easy to maintain. 🤭

F: I never finished his first!!! To the French, ALT was probably a wannabe. He may know his European and fashion history, but I doubt he could sell it to the French, who, I feel, tend to be weary about those on the other side of the Atlantic. Can you imagine Catherine Deneuve wearing Marc Jacobs?

S: Personally, even though, of course, I don’t know them, I think Karl merely humoured him.

F: Or, because he was Anna’s deputy! Karl was already making her clothes.

S: Karl merely gifted him with muumuus using leftover fabric from, I’m sure, the ready-to-wear!

S: Arghh! He’s so naive. They only invited him because of Vogue.

F: Or, as he himself said, “the mythology of Vogue”. Anyway, how with it, or aware, is a man who saw me and said, without hesitating, “konbanwa”?

F: Isn’t that very American—presumptuous? In all my years in Paris and attending fashion week, no one has ever greeted me in Japanese!

F: Loulou, foremost, kept YSL for company. ALT harped about his reading to an ailing DV.

S: She already couldn’t see clearly and couldn’t be choosy.

F: You are Lady Birley. “After a time, the claws surface”!

S: She was already so pretentious, so they would have gotten along.

F: I doubt she was as dependent on him as he suggested.

S: Actually Pierre Barge gave him a huge advance to write YSL’s official biography, but somehow it never got written and ALT returned the money.

F: Until 1990 he was still writing it. I think he was more inclined to pen DV’s biography.

S: DV’s life is easier to write on since it’s all ‘embroidered’—Lesage, of course.

F: Having cut his teeth at Interview, I thought he would be more suited for VF. Of course, he was there for a while when Anna was editing British Vogue, but I don’t remember anything from that tenure.

F: I don’t think Graydon made it significantly better (Hmmm… Radhika?). He never really walked out of Tina’s shadows, did he? I think he was better doing Spy. Tina mixing the high and low was not quite Karl doing motorcycle jackets with tulle skirts!

S: I wonder if he has appeared on Oprah. Will check. ALT talking to middle America about Paris fashion sounds good!

F: How would he introduce Demna to Durham?

The chat has been edited for length and clarity. Illustration: Just So