Bottega Veneta is, as most media outlets have dutifully ensured, back in the news. Majorly. Both leather goods and the ready-to-wear are selling like hot cakes, but are they truly baked? 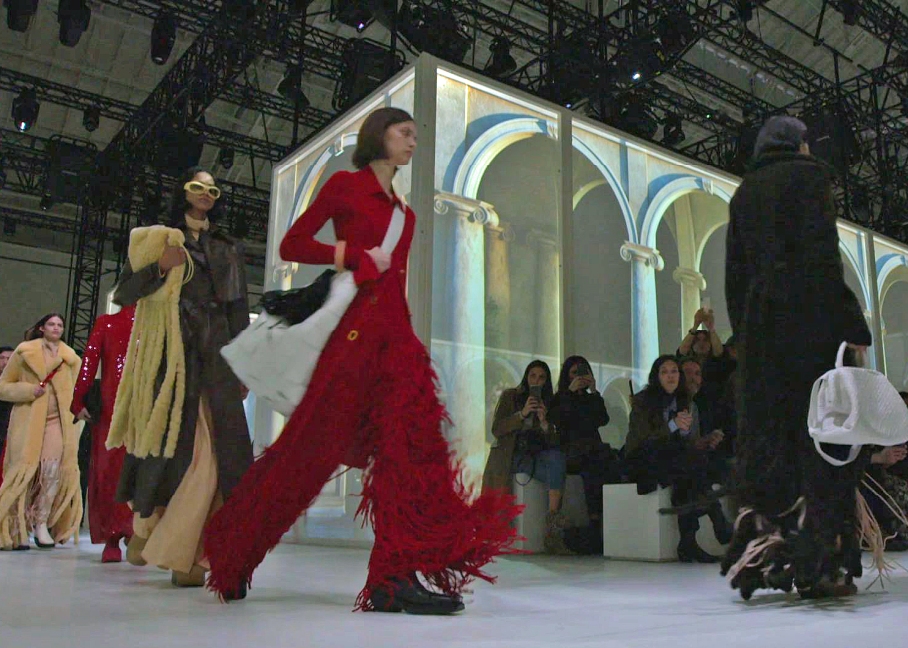 We have resisted writing about Bottega Veneta’s dramatic resurgence. British designer Daniel Lee is very much in the news, of course—the ‘It Boy’. But given the dubious history of the descriptor ‘It’, we did not want to rush into making a firm opinion of his walk with the brand. He’s now only into his third season, and already journalists are saying “he has the goods to back that up”. Has he? Rare is the designer who can grab headlines and hearts when newly installed at a house, but Mr Lee could, cleverly introducing a new bag silhouette as teaser and signature of what he hoped to forge for the house. For Bottega Veneta, the wait was over, sans protracted interim. The fashion world is constantly waiting for the next Boy Wonder—from Tom Ford to Simon Porte Jacquemus—and in Daniel Lee, he has arrived.

We sometimes wonder if we want the old Céline so badly and missed Phoebe Philo so desperately that we’d quickly open our arms to anything that hints at the French brand’s old DNA or anyone who had crossed paths with the once feted designer. Or, are we so eager for Bottega Veneta to return to its former glory that we are keenly willing to pat the shoulders of whoever comes along to revive it? And, as Mr Lee does, amassing fans—consuming and not alike—he has effectively presented himself to be a millennial designing for fellow Gen-Yers. As Female noted in a headline, echoing so many other mags, “Bottega Veneta’s Fall/Winter 2020 Collection Might Be Its Most Instagrammable Yet”.

This is how fashion is now judged: not on design merit, not on extreme creativity, not, hack, on how good they would look on consumers, but how “Instagrammable”! These clothes would not be sold and worn, and worn by the enamoured; they have a date with IG and following that, a rotational life in Style Theory. As such, they need not bear the weight of designs that won’t be picked up by any one of the four lenses that now come with many smartphones, or be registered on their OLED screens, even if they’re 4K-ready. They need only to be photogenic, appear cool and, in the case of the new Bottega Veneta, seem subversive (a Vogue obsession). Everything else is relative and immaterial; everything else is besides the point.

These clothes may be Instagrammable, but they strain to stand out. You may look good (good is, sadly, good enough) in them, but they jostle with what other influencers, IG regulars, or the minions that make Fashion Week the veritable circus that it has notoriously become tend to wear for attention. Many pieces would not be out of place on an as-amped-up Michael Kors runway. Two sweater-knit shirts and layered fringed skirts certainly are evocative. Or, an open-work shirt with a tank-dress in the same fabric. They share a similar relaxed glamour, involving movable, shimmy parts, that Mr Kors has a weakness for, as well as the halterneck, and the oversized notch lapels commonly seen on fur and shearling coats. One shimmery, high-neck, long-sleeved gown in beige—we totally see Rene Russo falling for. And, yes, Rene Zellweger too.

This season, one detail stuck out like ripped knees on pants: the deliberate placement of shirt collars over lapels of jackets. It appears a little too newscaster-proper to us—CNA would certainly relate to. The broadcaster might want to consider Kaia Gerber for the afternoon news, whose outfit is memorable only because the wearer looks like she’s strolling, on the first day to work, at a small law firm. Yet, Highsnobiety, was bowled over enough to imagine Ms Gerber a potential rock star: “Your pals have just started a new indie band and have somehow convinced Kaia Gerber to play the bass”. How that look can be evocative of “a lascivious dollop of rock and roll” may be beyond the ken of an average live stream viewer, with No Time To Die playing in the background.

Cleverly, Mr Lee does not crib from his previous tenure. It would be impetuous to say he tried to, but it really does not appear that he did. After all, Céline was not Maison Martin Margiela. It’s been only three seasons, we hear those who differ say. To that, we agree. Let’s not gush yet; let’s wait to see real subversion.