Riccardo Tisci told The Guardian that he wanted his version of Burberry to “celebrate eclecticism”. Does that mean anything goes?

The show was basically split into two parts, or maybe three, for both the men’s and the women’s collections, suggesting that designer Riccardo Tisci wishes to cater to more than one group of customers: those moneyed individuals who see Burberry as a traditional brand and still desire to buy traditional styles, those indefatigable influencers who hope to acquire ‘statement’ pieces, and those who have red carpets to walk on. That means catering to a broad base, which is already there, as evidenced by the reportedly close to USD3 billion annual sales, as well as creating a Burberry that is less tied to its English roots. Or, at least the Englishness that Christopher Bailey had once so seductively evinced.

In fact, to us, the new Burberry emanates a rather Italian aesthetic, Roman even—sunray skirts (or trench coat if inclement weather) for prancing at the Piazza Navona and vaguely street style for the rest, hanging out in Piazza Trilussa. To be sure, we weren’t hoping at that late hour of the live stream for anything that would bring back Mr Bailey’s Bloomsbury brio (or sorcery since many women were under its spell for quite a while) and we’re glad there was no return, but there was something lacking in its glorification of a British house. 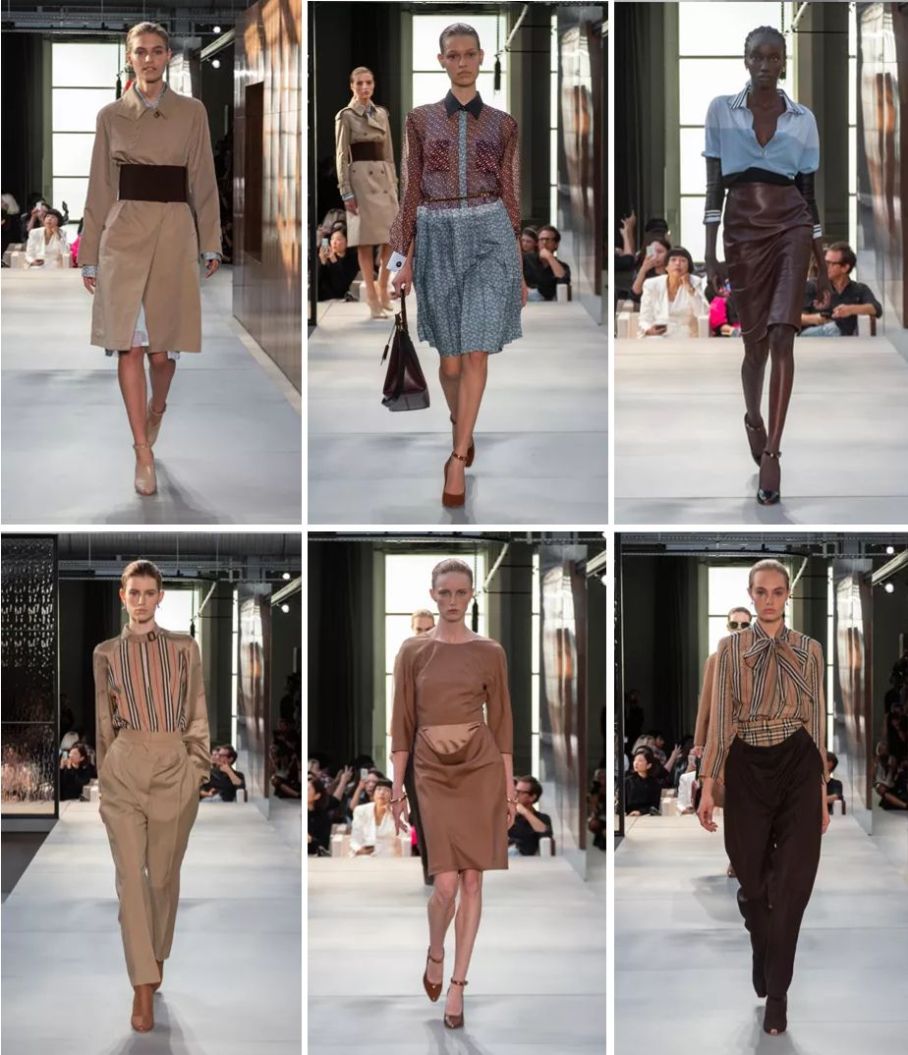 Sure, the Burberry check was there (as well as the stripes); the unmissable trenchcoats too, but these seemed like products taken from the shop floor to supplement otherwise incomplete merchandising rather than design-led garments destined for a direction-setting runway. Otherwise it would be hard to explain the pussy-bow blouses, even in the house tartan; pencil and bubble shirts; a baby-doll dress that looked oddly drab; blazer-skirt combos that wouldn’t be out of place in the confines of Marks & Spencer. Perhaps, Riccardo Tisci was doing Brit style after all.

Some people are thrilled that Mr Tisci is “bringing back elegance”. It’s a strange elegance, if you can call it that. Proper, too, especially in the first half. It was, as if Mr Tisci was deliberately going against the grain of the surge of street style, like so many designers are now doing, rejecting, as a matter of course, the ‘ugly’ too. That this should be the track he chose to take is not surprising, but that he should put out such kosher designs that’s reminiscent of one-time office wear is. Perhaps Mr Tisci is tired of dressing the likes of the Kardashian/Jenner clan, conspicuously missing in the front row of the show? 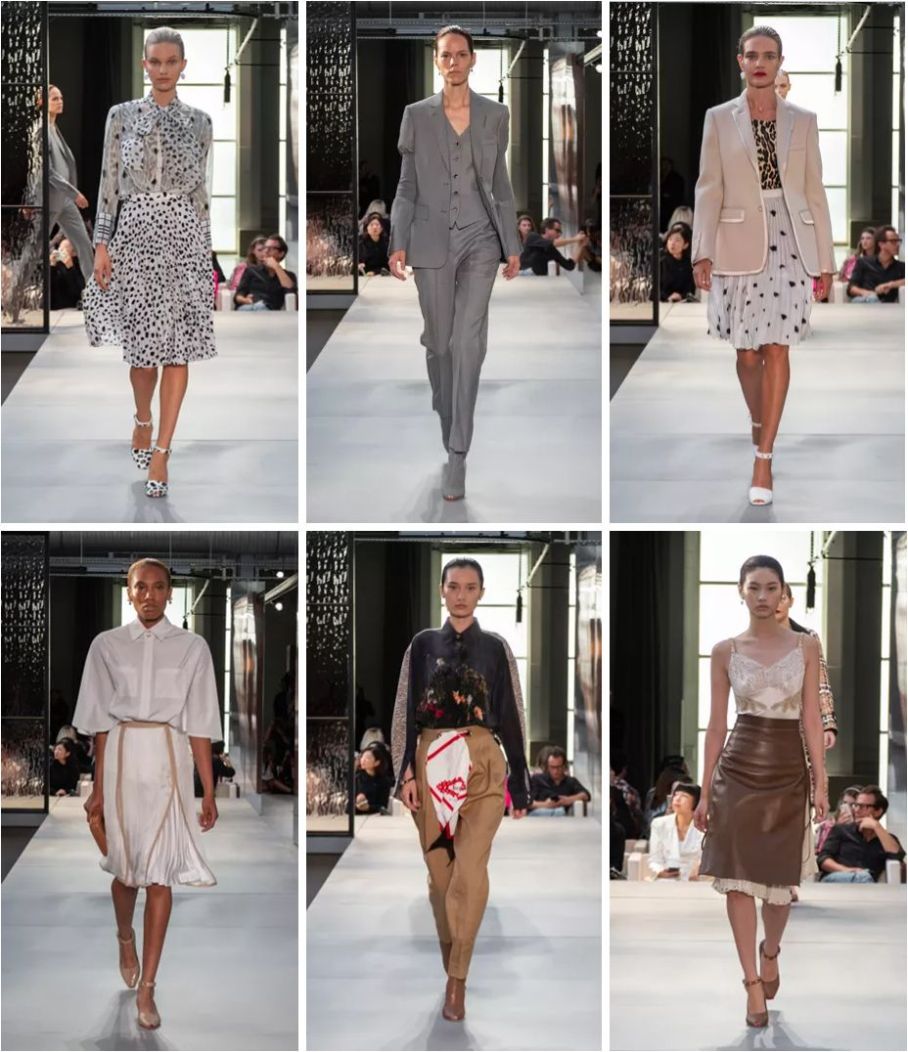 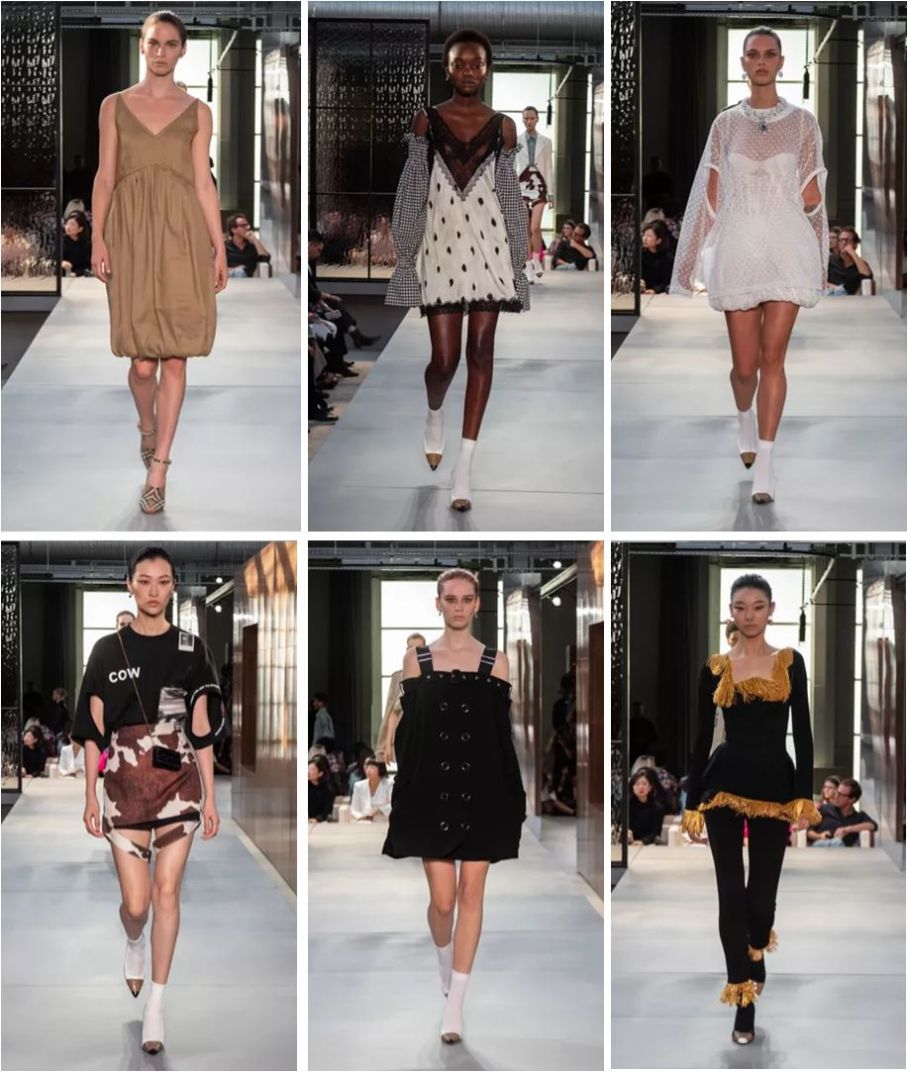 Just as we thought the now-uncommon prim will dominate, Mr Tisci ditched the Town and Country look for something more in keeping with what he was known for at Givenchy: clothes, although not “darkly romantic”—the favourite description among the media and KOLs, that his followers would definitely wear. These had a whiff of the sporty, the military, and the punk, all calculated to appeal to a generation that grew up through Mr Tisci’s Givenchy years (2005—2017). So, if you want accent sleeves, you got accent sleeves; even cold shoulder, yes, those cold shoulders you see around you that won’t go away. There was even a Virgil Abloh moment, three letters on a T-shirt that read COW, in case you did not know that the top was paired with a skirt of bovine print.

It may be a little severe to say that the most anticipated show of London Fashion Week turned out to be disappointing, but a let down it was even if the failure to fulfill our expectations was partly of our own making. We had hoped that Riccardo Tisci would go to London to place Burberry in a leadership role, the way Christopher Bailey had during the brand’s heydays. It would not, at present, be that.