Louis Vuitton’s spring/summer 2019 was a triumph for Virgil Abloh. Would it the same for the future of men’s wear? Or were we witnessing one big brand trying to fit in? 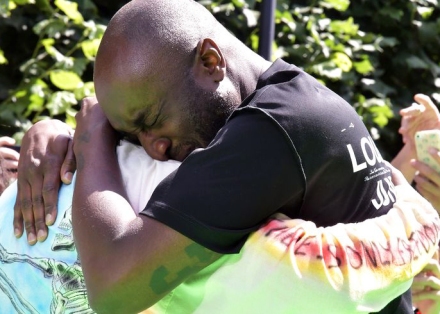 That the show opened with a parade of Wakanda-worthy black men (at least 16 of them passed by before a non-black emerged) is perhaps indication that Mr Abloh has pledged blackness as mainstream—the rainbow runway a sidebar to the story of diversity. This isn’t playing the race card as much as verifying that black culture is here to stay. This is the year of Kendrick Lamar, and Wendy Williams singing his praises with gusto. This is not even Off-White’s glory; this is Virgil Abloh’s, and his alone. And no one now can steer the course with purpose and buzz than Mr Abloh, not even his pal, the Yeezy himself.

Louis Vuitton’s positioning as a popular global brand means it no longer needs to celebrate its French-ness, or fashion the way the French had for decades, selling haute couture and, later, pret-a-porter to the world. Given how homogeneous clothing designs have become, it now needs to pitch itself in a market place that is awash with a sameness that Marc Almond laments in Monoculture, singing “why don’t I just give up/And submit to the great God of Bland?”

The thing is, fashion houses need no design directors to churn out what store buyers call “better basics”. Mr Abloh told the Financial Times that he wants to make “the most beautiful normcore clothes, but as luxurious as possible.” Anyone can do that, and many have—think the Olsen twins for the flavour-lite The Row. Furthermore, such clothing are already being produced through collaborations. It is, therefore, understandable when one observer commented to SOTD early this morning in total dismay, “This is what Adidas would do if Adidas did RTW.” Such as the immensely stylish, now-defunct SLVR line, once designed by Dirk Schoenberger?

Is this even about the clothes? Not really. Presently, no one can provide better optics than a member of American hip-hop royalty heading a French house. Such an appointment was Kanye West’s dream, but that did not come true for him. Still, he is able to now live vicariously through Mr Abloh, his long-time collaborator. The front-row display of emotion was, thus, to be expected: This was as much Mr West’s victory, more so when the hip-hop community’s foray into fashion design was very much shunned in the beginning. Mr West himself was snubbed, in Paris no less, where he showed two disastrous collections in 2011 and 2012. Could this be pay back time?

That was then, this is now. If you ever doubted hip-hop’s cultural impact on the fashion of our time, this collection may sent disbelief to some dark corner of your armoire. It is not certain if this is how Jaden Smith and his inner-city peers would like to dress, but it does evoke what’s pervading today: the grown-up styles of black youths who have graduated from fashion that glorifies the thrift-store. This is not about old Adidas football jerseys teamed with D&G when it existed. Nor, off-duty NBA stars. This is black culture celebrating one of their own. This is papa hoodie in procreation mode. This is post-post-Sean Jean; this is post-Hood By Air; this is when the ’hood is gentrified. 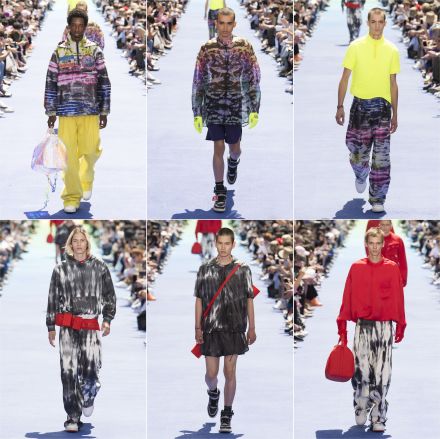 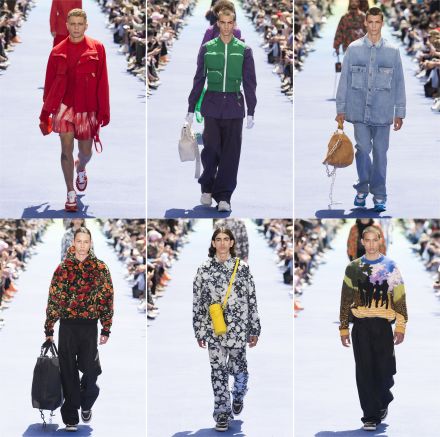 What does the urban black man of means, such as Virgil Abloh and his cohorts and those who look to hip-hop stars for fashion inspiration and guidance, like to wear? If LV is an indication, perhaps sheer, oversized T-shirts? Or, printed/coloured, baggy trousers? Or, shorts that look like bloomers? Or, holsters as one-sided vests? Or, sweaters featuring gay icons Dorothy and friends down the yellow brick road?

Ultimately is this still about street style? It’s hard to say. Fashion is long gone about design. It is about looks pulled together from various articles of clothing not necessarily connected to one another. Street style is, of course, such an amalgamation. But Mr Abloh isn’t delivering street the way OAMC’s Luke Meier (one-time co-designer at Supreme) does. He is, instead, offering what McDonald’s calls “upsized”: you get more meat, but at the core, it’s still the same flavourless mince.

If fashion is about a designer’s voice, what was Mr ABloh saying that wasn’t already said at Off-White? That should be the question. In a couple of the appliquéd badges that appeared on the clothes, a message was delivered: “Pay no attention to the man behind the curtain”. Was Virgil Abloh referring to himself? If he was, it was a genius pitch because you most certainly will, rather than not.