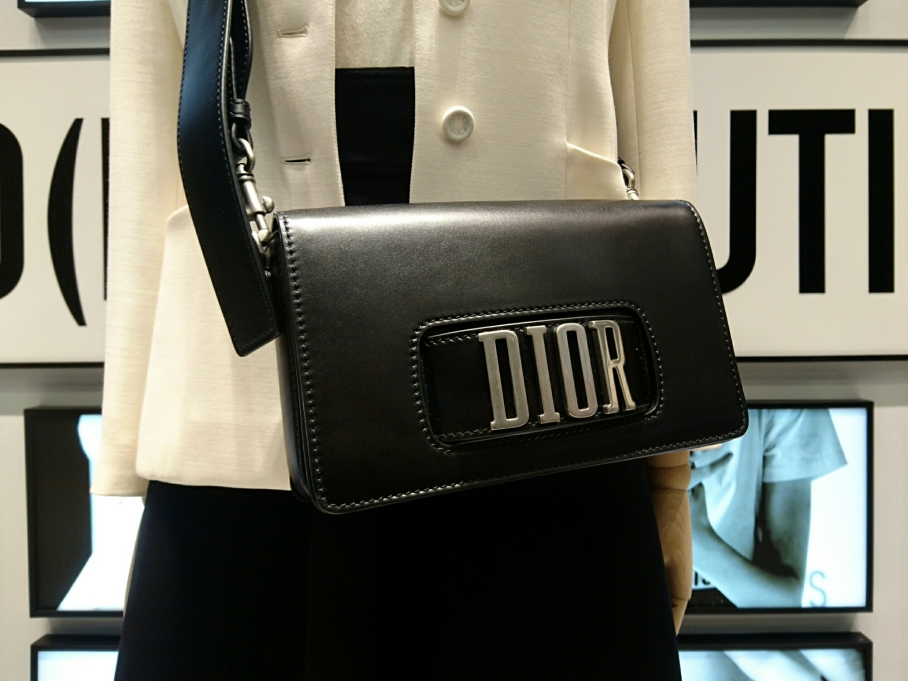 A visit to the Dior store in ION Orchard this afternoon to acquaint ourselves with the debut collection of Maria Grazia Chiuri brought us face to face with the Dio(r)evolution calfskin bags, first seen on the runway last October. We knew they would be loud, but we didn’t realize they would be this loud. By that we don’t mean that the bags are bombastic by design. Rather, it is the brand name screaming in full caps that caused our eyebrows to rise higher than usual.

Not since John Galliano’s J’Adore Dior T-shirts of 2004 has there been such bold and blatant branding on Dior merchandise. The four letters emblazoned on the front of Dior’s newest bag make the dangling charms of the Lady Dior look terribly discreet, and definitely far more charming.

However we looked at it, the Dio(r)evolution is not quite the marked change that the name suggests. A symmetrical and structured oblong of a bag, it is not particularly large. Inside, lined with suede in the same colour as the exterior, is a single compartment, with a pocket attached to the front. It is a purely functional interior designed to be capacious enough to accommodate the mobile possessions of a modern lass. 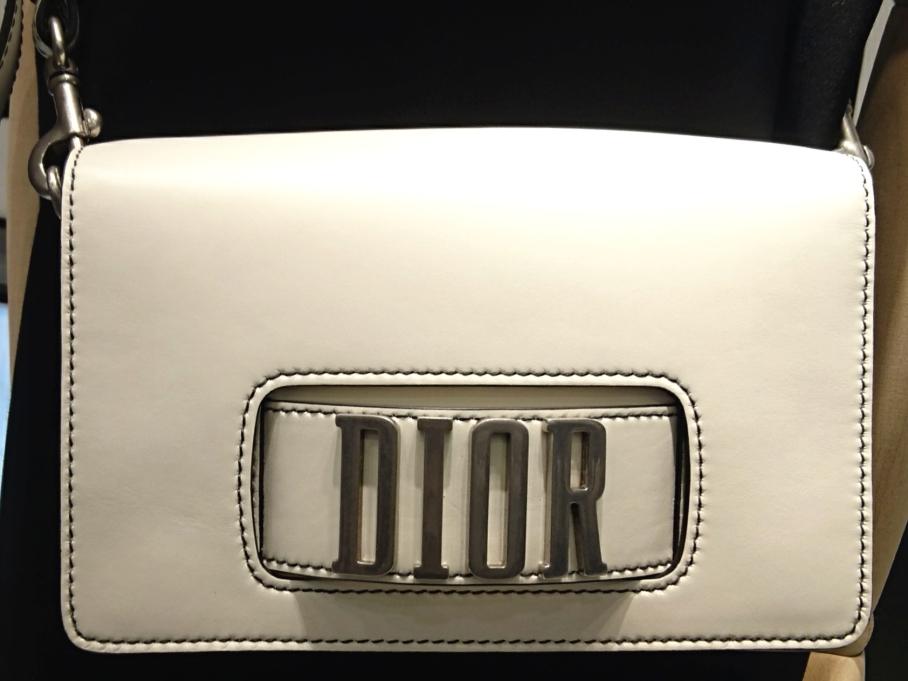 A window is cut out of the lower half of the flap cover. It reveals the “slot handclasp”, a horizontal band that allows the user to slip four fingers behind it (thumb aside, outside) should she wish it as a clutch. On this is the large “aged silver-tone metal Dior signature”, which, interestingly, is a letter for each finger. At a quick glance, the user holding the bag could be wearing a knuckle duster!

This bag debunks the myth that Dior touts only the lady-like Lady Dior and those made in its image. All the visible hardware on the Dio(r)evolution looks like supplies from the ironware section of a craft store. So are the swivel clasp snap-hooks. The strap, too, looks hardcore—as wide as a razor strop, more akin to those of a camera bag than a shoulder bag. Step back: the Dio(r)evolution looks ready to go with a pair of creepers than kitty heels.

Oversized alphabets fronting bags are, of course, nothing new. Look at Louis Vuitton’s Twist. That, however, has a decorative and functional aspect to it as the letters are cleverly fashioned as a clasp. Those on the Dio(r)evolution are there for the same reason Supreme’s are on the latter’s products. Designed as an inset—a framed glorification of its name, the Dio(r)evolution serves only to remind us that conspicuous consumption, like the tide, may ebb, but it always comes back in.