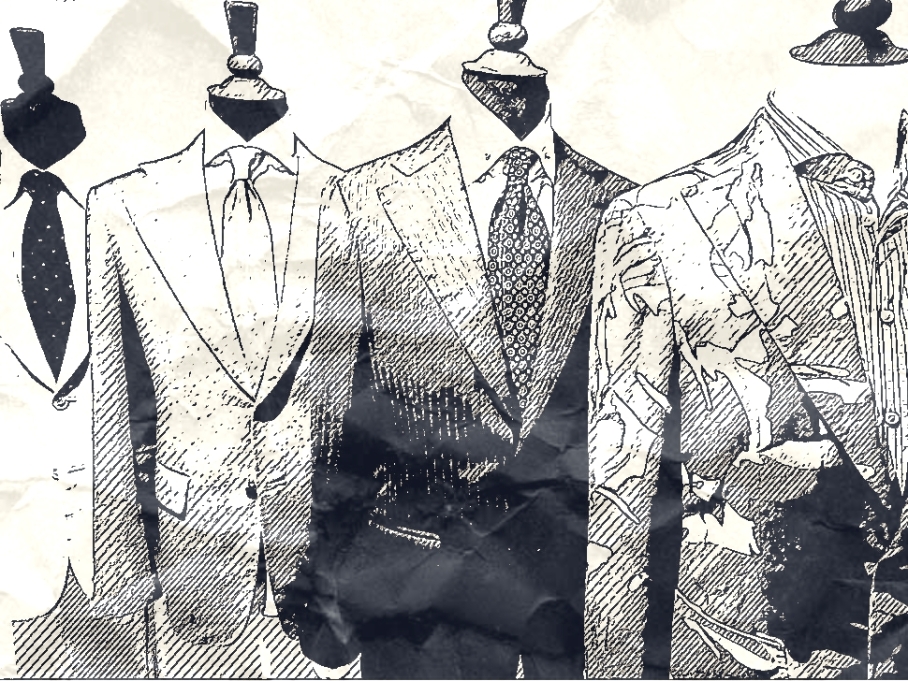 WARNING: THE FOLLOWING POST CONTAINS WHAT SOME READERS MAY CONSIDER VULGAR LANGUAGE

Sparks flew recently between old-style fashion and old media. Making online rounds not too long ago was a response of sheer indignation by self-made custom tailor Kevin Seah to Singapore Harper’s Bazaar’s request for the loan of suits that will dress “male talents of varying sizes” at the publication’s anniversary celebration, scheduled for the approaching Singapore Fashion Week (26—30 Oct). The magazine had asked, via an “editorial assistant”, for “4 ready-made suits from Kevin Seah for our ushers during the event.”

The reply and chastisement were swift, no words minced: “Dear Harpers (sic) Bazaar, to treat us as outfitters for ushers is downright degrading for bespoke tailors like us! Shame on you! Please do your research well and find out more about us before you send us an email this low!”

The disdain is understandable. Kevin Seah recently celebrated their 7th year as a custom label and has, since their inception, banked on “suits that are finished 100% by hand” as the hallmark of their business. The tag ‘Bespoke’ appears below their name on the label and catergorises not only the type of tailoring that they offer, but underscores the quality the descriptor suggests. This is the finest in men’s wear, far removed from what Harper’s Bazaar requested: ready-made—a widespread offering today that in the past would have been considered ‘vulgar’.

The fine tailoring that Kevin Seah promotes and sells, if true to their claims, are imbued with qualities in make and finish that would contest and contrast the output of those from factories. Tailors of their breed take tremendous pride in their end products. (It should be stated at this juncture that we have never engaged the services of Kevin Seah; as such, we cannot vouch for the quality of their work. We’ve only been to their retail space in Boat Quay, a masculine shop with an Anglo vibe, heightened by a set of hunky Chesterfields. Setting, however, is no indication of sartorial superiority.) For Harper’s Bazaar—a title that should know better even if the Singaporean edition has probably never handled or featured a hand-made garment—to ask for ready-made suits from a custom clothier rings as much of ignorance as insolence.

Kevin Seah’s outrage was made known via a Facebook post, which was later mysteriously removed by FB. The inexplicable deletion aroused even more fury from Kevin Seah himself. “Someone complained to Facebook about my recent rant against Harper’s Bazaar Singapore,” he wrote and commented, expletives not withheld. “Whoever that did this, this is my fucking Facebook! Don’t come to my house and teach me how to decorate it!” Amid the spirited comments between his friends and followers, Mr Seah, who traced his beginning in fashion to when he “started doing haute couture”, posted a rather arty, monochrome photo-print of a clenched fist with the third finger pointing rigidly and defiantly up.

Feelings were hurt, ego dented, no doubt. It is not unreasonable to expect better from an esteemed publication such as Harper’s Bazaar. It was suggested that perhaps the sender of the request was an intern, although he identified himself as an editorial assistant. It is not immoderate to surmise that this was the doing of a very young chap, uninitiated in the echelons of the fashion world, yet carelessly assumes mass manufacture has a peer in made to individual order.

The communication between fashion magazine and fashion brand, too, reveals the very real generational divide between individuals of long experience and those weaned on Twitter. As over-stated as it may be, those still ensnared by youth, whose sole source of fashion education is between Pinterest and Tumblr, are blissfully unaware that life, whether in fashion or not, could do with some respect. The thing is, respect—to use a tailoring analogy—is really a two-way zip.