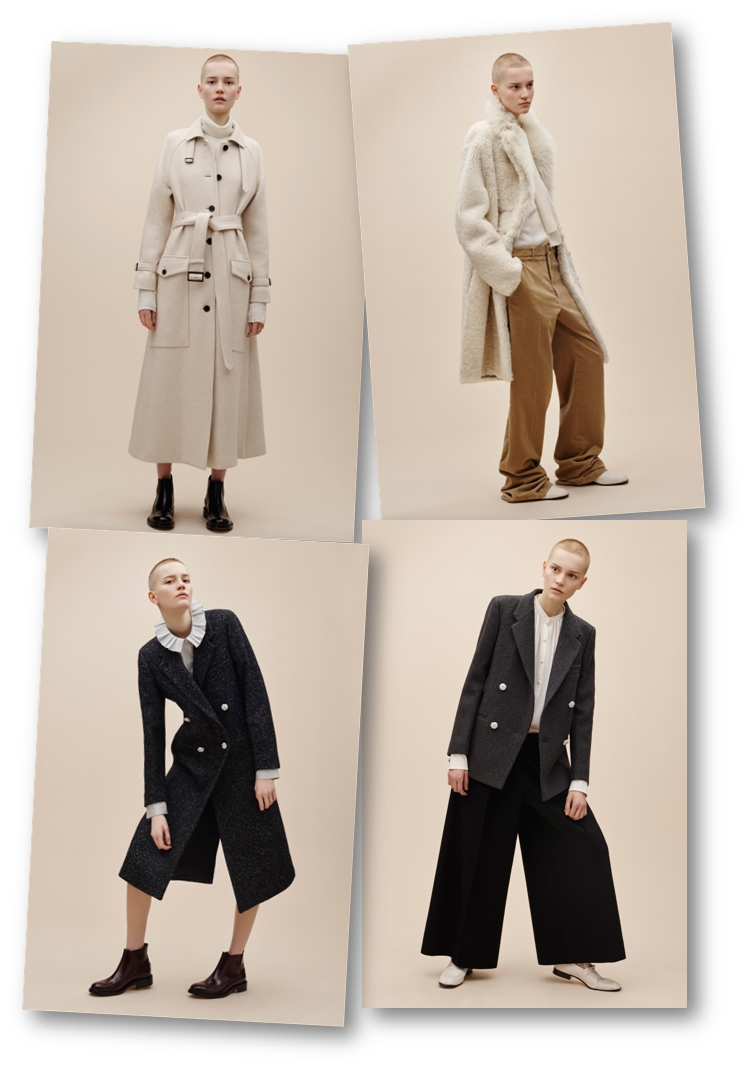 This pre-fall collection is truly a gorgeous intro to Joseph’s newly tuned direction. Designer Louise Trotter has upped the stakes in an increasingly difficult retail climate by offering an autumn/winter 2016 season that leans on the whimsical, but is still so wearable—the hallmark of this retail-turn-design house. Before we get to that (and we certainly shall later), a close look at the pre-fall to help fans ease into Joseph’s new dream coats.

Firstly, there’s something to be said of the model picked for the brand’s look book. At a time when long, luscious, and certainly bouffant hair is still preferred, it is surprising that Joseph has cast the buzzcut of Lina Hoss for its latest communication material. Ms Hoss really caught our attention three months ago, on the cover of i-D magazine, on which her hair was longer and more visible, but still short. For Joseph, she wears it even shorter, a style Mindef would be very glad to introduce to its new recruits. 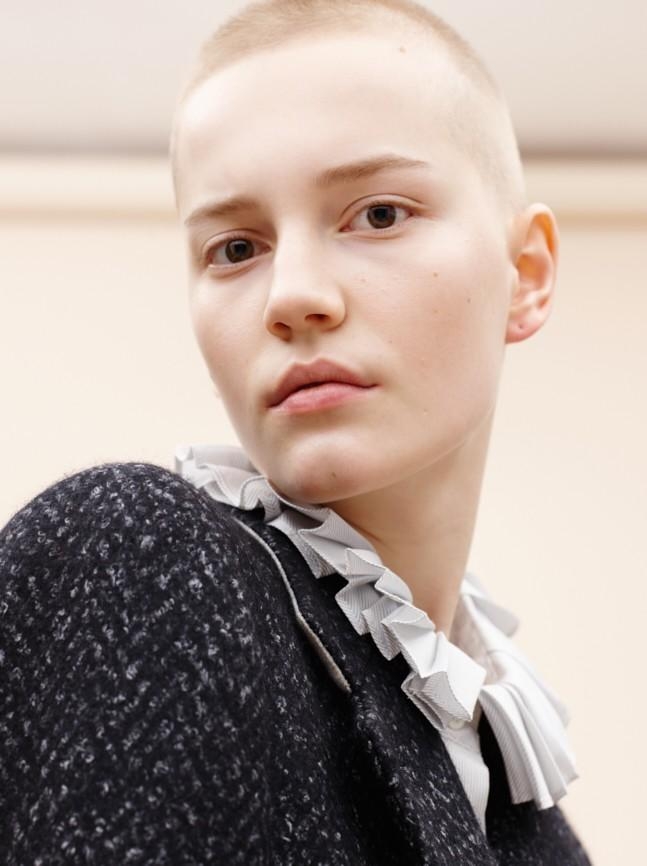 Ms Hoss reminds us of Persis Khambatta, the Indian actress who played Lieutenant Ilia in the 1979 film Star Trek: The Motion Picture. Ms Khambatta’s head was completely shorn for the part, but both star and Joseph’s model have a beauty impervious to the lack of luscious locks. Ms Hoss also reminds us of Irish singer Sinéad O’Connor (we love the cover of the 1992 jazz album of Am I Not Your Girl? on which the singer with the crew-cut wore a fitted shift and high heels), but not Demi Moore, not even as G.I. Jane. Or Natalie Portman for V for Vendetta!

There’s something right about Ms Hoss’s unadorned, low-key, bare-faced look. It’s a near-natural—blank canvas, if you will—that elevates Joseph’s simple, but dramatic shapes into stunning clothes. The volumes, in particular, are in keeping with the current mood of the season, and work especially well with hair that’s not fussed with and make-up not deliberately painted on.

Joseph has, of course, mostly trekked the minimalist route, but this time, Ms Trotter has made it less pared-down with touches that amplify the emphasis on chic with a palatable edge. We love the oversized sweaters (and extra long sleeves), the mannish jackets, and the A-line skirts with massive patch-pockets on the sides. Joseph has always been strong with pants, and this time they have reworked classic shapes to yield slacks that are superbly slouchy and valiantly voluminous.

All these are fine for fashion, but will it translate into dollars at retail? We certainly hope so. It would be such a pity if these fine clothes don’t end up on more bodies; sadder still if, due to a lack of appreciation, Joseph won’t continue to trade on our island.