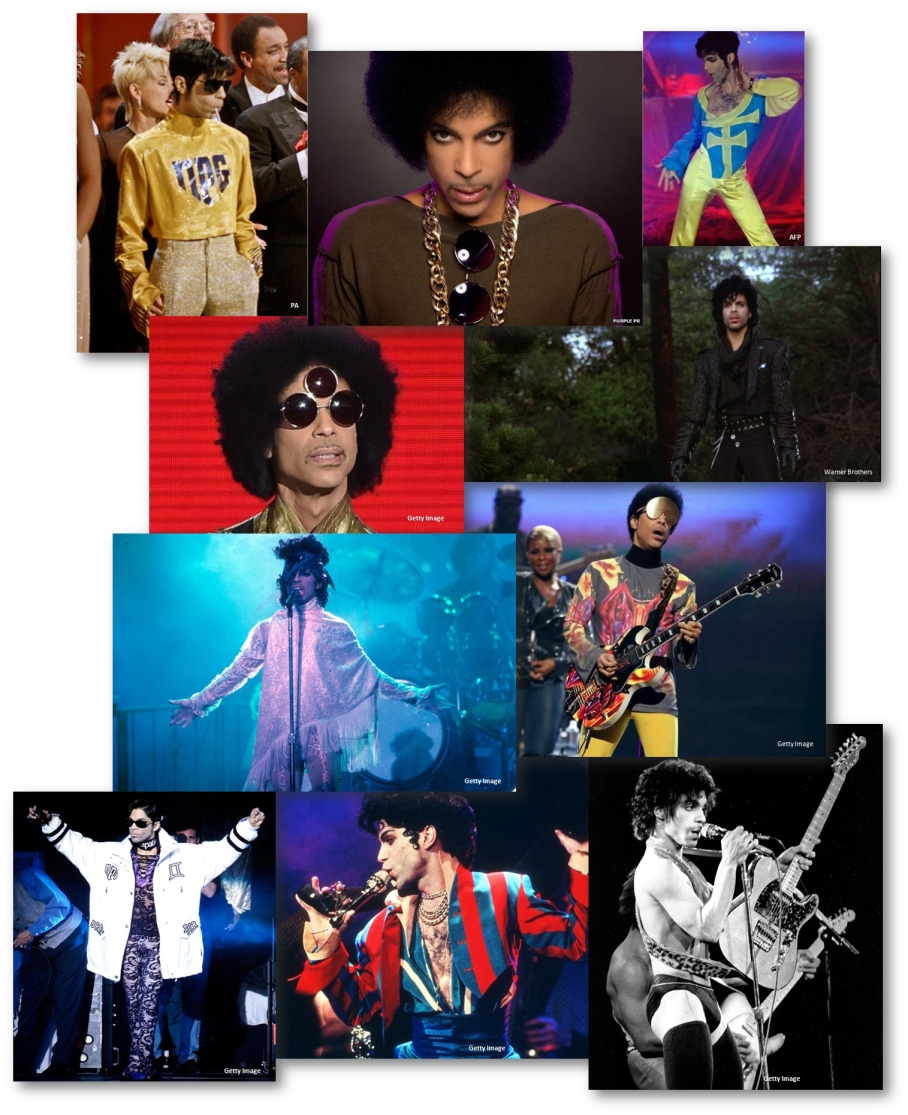 Clockwise from top left: Prince… during a performance of We Are the Word in 1995; on the 2015 album Hit N Run; at the World Music Awards in 1994; in the movie Purple Rain; performing with 3rdEyeGirl in 2014; on stage at the Cobo Hall, Detroit, in 1980; performing at Radio City Hall in 1983; on tour in 1997 at the San Jose Event Center in California, at the Fabulous Forum, LA, 1985, and on a publicity still for performances with 3rdEyeGirl. Photos: as indicated

Way before our lives became digitally represented and outrageous dress was necessary for photographs, in particular selfies, to pop when viewed on the world’s most used gadget—the smartphone, there was Prince. At the time of his biggest hit song When Doves Cry from the album Purple Rain, the man wasn’t just fashion forward, he was leagues ahead of everyone else. Yes, even Michael Jackson.

And before we could start to imagine the androgyny pervading men’s wear today, Prince was putting his dalliances with feminine forms or, more likely, the aesthetics of camp out there for all to admire and censure, equally. His style was gender-bending as his music was genre-bending, his look as intriguing as his sound was transfixing. It was all so natural to him—on stage and off stage—that fans consider his outrageous clothes part of his distinctive grooves. And he did not step back for a minute, even when wearing a suit, replacing the conventional with the unusual as easily as he swapped prepositions for numerals in his song titles.

What had Prince not worn?

A dress, perhaps, but even that, we’re not entirely sure. We’re, however, certain he beat Liza Minnelli to the matching, tunic-and-pyjama-bottom combo. That’s the curious paradox about Prince. Here was a man who wore the Western equivalent of the samfu with equal effortlessness as the ruffled shirts that he loved. Could a guy’s taste be so truly varied? 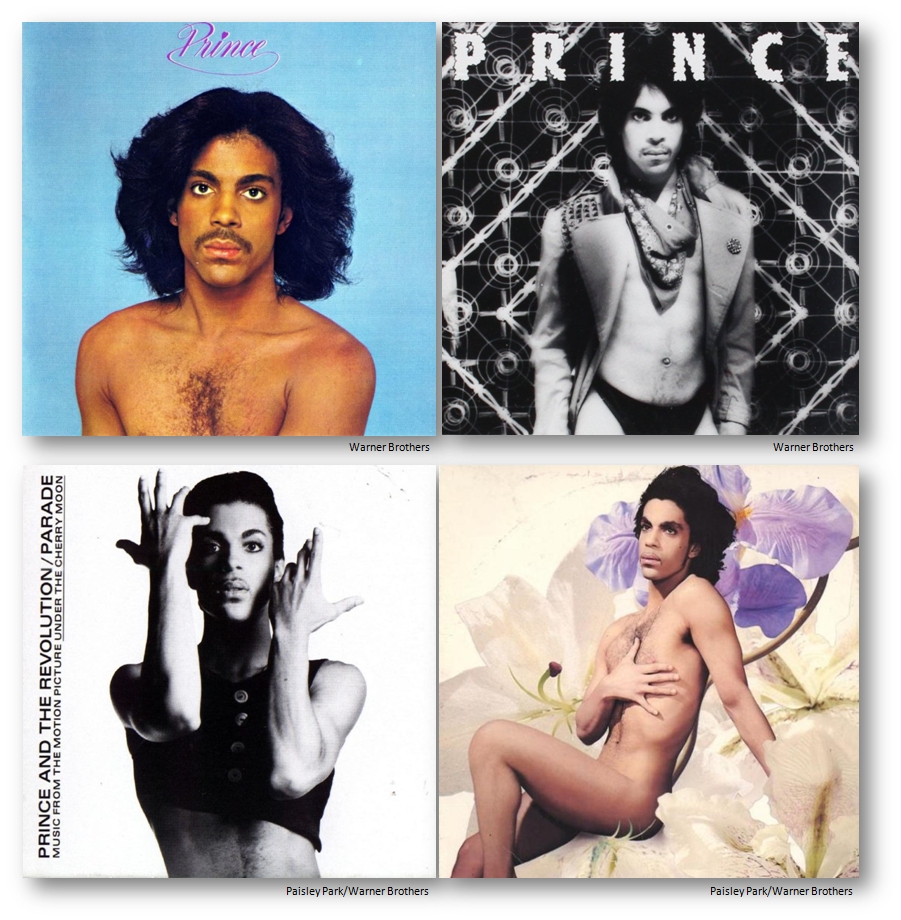 Michael Jackson was hailed as the King of Pop and King of Style, but to us, it was Prince who pushed what’s acceptable that much further, musically and sartorially. Michael Jackson did not go nude until 1995, in the Wayne Isham-directed music video of You are Not Alone, shot with wife-of-that-time Priscilla Presley (so lacking in sexual chemistry it was that it could have been a follow-up of the 1971 film Melody, now The Grown-Up Years!). Whether that established Wacko Jacko as a red-blooded procreative male, it’s not easy to say.

It isn’t that Prince was an embodiment of overt masculinity, but not wearing set him apart as wearing did. Just a year after his debut album For You, Prince appeared shirtless on the cover of his second album, the 1979 eponymous LP, and, later, down to his skivvies on 1980’s Dirty Mind and, to the chagrin of implacable heterosexuals, undies and stockings during a show in Detroit in the same year. He performed with the flair of a stripper. Complete nudity came on 1988’s Lovesexy with the, perhaps, unsurprising feminine pose of cupping half his breast, allowing the right purlicue to underscore his left nipple. Like some of the artistes today, he didn’t need clothes to say something about his unconventional image.

And we really shouldn’t just credit Beyonce, Nicki Minaj, and co for the audacity to expose their butt on stage. Back in 1991, during the MTV Video Music Awards, Prince, in a yellow openwork suit (bolero-ish jacket and high-waist pants!), revealed to the audience a bare backside that could easily belong to any attractive woman. Delirium rather than disdain greeted the exposure. Rolling Stone magazine gleefully reported: “…Prince’s lithe movements and muscular guitar work remained the focus — especially once a few spins made it abundantly clear that his suit had holes in the seat to showcase his butt. ‘Let me show you, baby, I’m a talented boy,’ he sang.”

As any fashionista will tell you, it always helps to be lean and flat-chested. David Bowie certainly knew that. Prince was a five-foot-two (1.58m) fella with a leanness that he was always ready to flaunt; a diminutive figure who made buttons on shirts mostly superfluous. And there was the chiselled, ageless face, which he attributed to, among many unlikely concepts, not celebrating the date of his birth. As he told The Guardian in 2011, “If you look in the Bible, there’s no birthdays.”