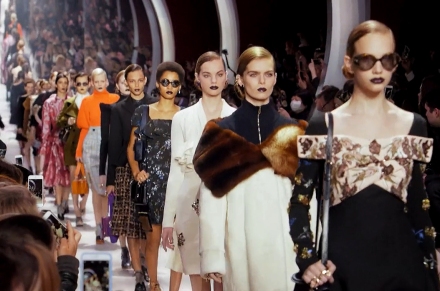 Whatever you feel about Saint Laurent’s latest collection, there’s no denying Hedi Slimane is focused. You take away a clear picture, knowing what he wanted to do, where he wanted to take you to. So much of the autumn/winter Paris collections is wearyingly obsessed with wearability—no doubt an approach first popularised by Mr Slimane, but was really there all along at Chanel—and multiplicity that it was all as confusing and forgettable as the “Front Row Only” Chanel show with its staggering 93 looks (90, if you discount the 3 men’s outfits).

So it is really not surprising, even if we risk sounding picayune, that the two, storied French houses left without a captain would steer their respective collections rather without a rudder. Sure, the design team took over, but you sense that different people were tasked with different parts of the collection, and no one was savvy enough to edit or ensure that there would be some unity in the line. There seems to be a belief that if you put out instantly wearable clothes with a certain mood that may be evocative of the past or a certain designer, such as the last one holding fort at the house, you’ll be good to go. After all, when a house is in transition (or disruption), people would understand. 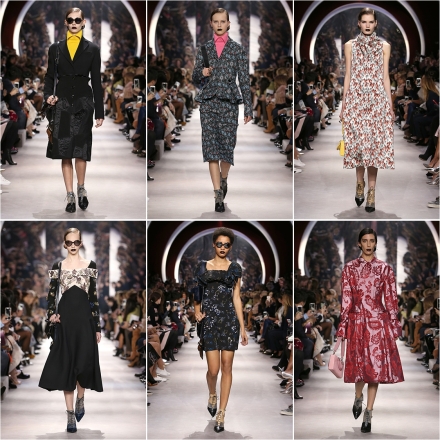 At Dior, it was a Bill Gaytten moment: spring/summer 2012 season, just after John Galliano was unceremoniously dismissed. While, to be fair, the present interim collection has tried to stick to the house codes, it is undeniably safe and sane, posh and pretty. It couldn’t be other way, some sympathised. To be sure, these are not appetite-churning clothes, but they seem so disconnected with what’s happening in Paris, so different from the gentle rebellion led by brands such as Vetements and Jacquemus, so unable to redefine the Dior aesthetic beyond the Bar jacket and lady-like silhouette.

The design team proves that it’s hard to do Raf Simon’s Dior without Raf Simons. It’s even harder to duplicate Mr Simon’s sense of ethereal beauty with youthful edge. They’ve kept the pop of colour under dark suits, the floral fabrics shaped sensuously, the swing coats, but, strangely, they’ve omitted pants—those calf-length trousers that Cathy Horyn once said was not Mr Simons’s strength when he was at Jil Sander, but was beautifully refined by the pattern makers at Dior. It won’t be a surprise if the clothes sell, but it may not be those discerning women buy to keep. 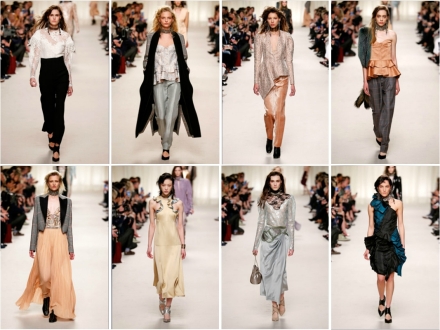 At Lanvin, as at Dior, it is very likely the design team tried hard, but here’s the predicament: it looks like they did try very hard. It’s not immediately obvious they intended to build on Alber Elbaz’s legacy—14 years, no less. Probably not, since the parting of designer and house was not, by many accounts, terribly amicable. Mr Elbaz had the knack for tempering overtly feminine flourishes with elements that are not encouraged in traditional dressmaking such as unfinished edges. However tai-tai his aesthetic got, it was usually balanced by the designer’s sense of humour and considerable wit.

Instead, these are clothes that trump propriety, good design sense and, what are believed to constitute French elegance and savoir faire: the silk satin dress and her lovely cousin in silk chiffon; the one-sleeve dress that is almost synonymous to Alber Elbaz; the flounces, ruffles and peplums that are, hitherto, crowd-pleasers. These are clothes that will look right in a rich woman’s wardrobe, save perhaps the calf-length coats with elongated contrasting lapels, a cumbersome-looking outer if there ever was one. Of the manifold variety of styles at Lanvin, quite a few will score with Chinese mistresses who must look womanly and kept.