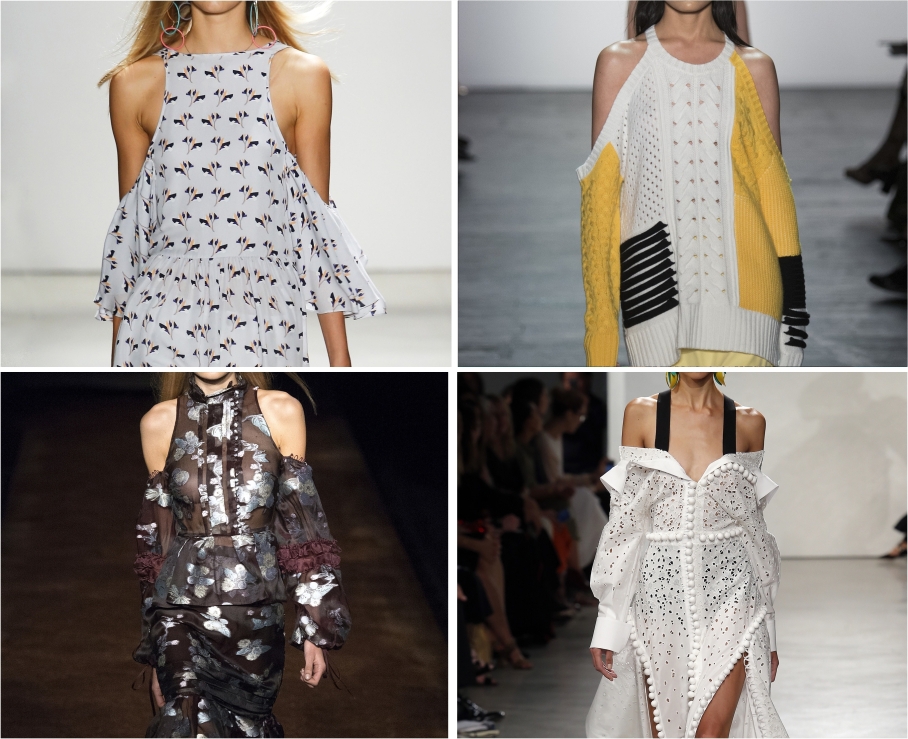 Sunday morning, in the MRT train: here I was, listening to Pete Tong on BBC Radio 1, when suddenly a lithesome lass appeared, her exposed shoulders and conspicuous bra straps making adamant eye contact with me. She was attired in a veil of a dress—the cut-out of the shoulder stood out for its opacity. Eye-catching was the rear of the right side on which the Chinese character for endure (忍) is tattooed. An Oriental virtue is upheld on a protrusion of skin.

I’m not sure why shoulders of dresses and tops are increasingly separated so that the sleeves drop away from the seams. I am uncertain as to why the deltoids and the upper arms specifically need exposure just as I have no idea why legs sheathed in trousers call for horizontal rips at the knees to reveal what’s behind them. Sure, sexy is the strategic show of skin, but is a cut-out on what would be a regular shoulder-meet-sleeve really an aesthetic advantage when it comes to sex appeal? 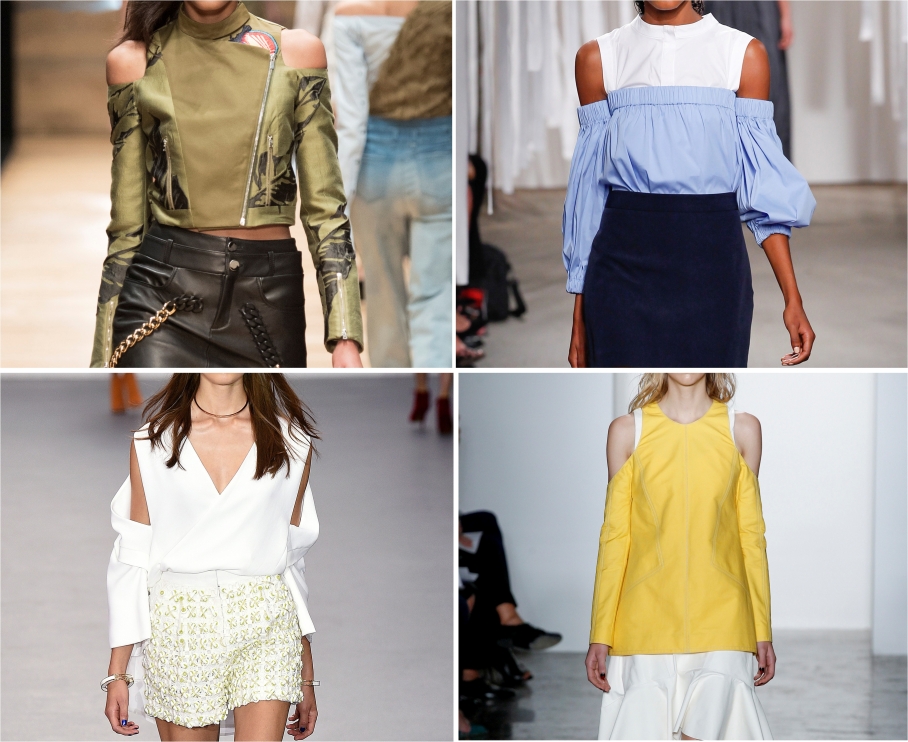 What truly defies comprehension is that the sleeves are wanted but not the shoulders. Why keep the sleeves at all? And, in the case of some, what’s with the armhole the size of truck tires? Last year, in a boutique in Bangkok, I saw a woman trying on a tented top in the flimsiest of fabrics with shoulder-baring sleeves. She was so uncomfortable with the fabric gathering at the inner elbow that she drew her arms out and placed her hands through the shoulder opening, leaving the limp, superfluous sleeves to hang under her arms. I was close to applauding her ingenuity, except that the risible result was a little too much to bear.

Although the shoulder cut-outs are largely a fixation among American designers, it gained traction in Europe too, with Balmain showing some of the most cringe-worthy styles. But this isn’t really an obsession of recent years; it isn’t “the ephemeral feeling” of summer now. In Bangkok, where I met that funny lady, the shoulder cut-out is a retail staple, from Platinum Mall to Paragon, from many moons ago. It is the go-to detail for “manageable sexiness”, as a minor celebrity told me with palpable delight. 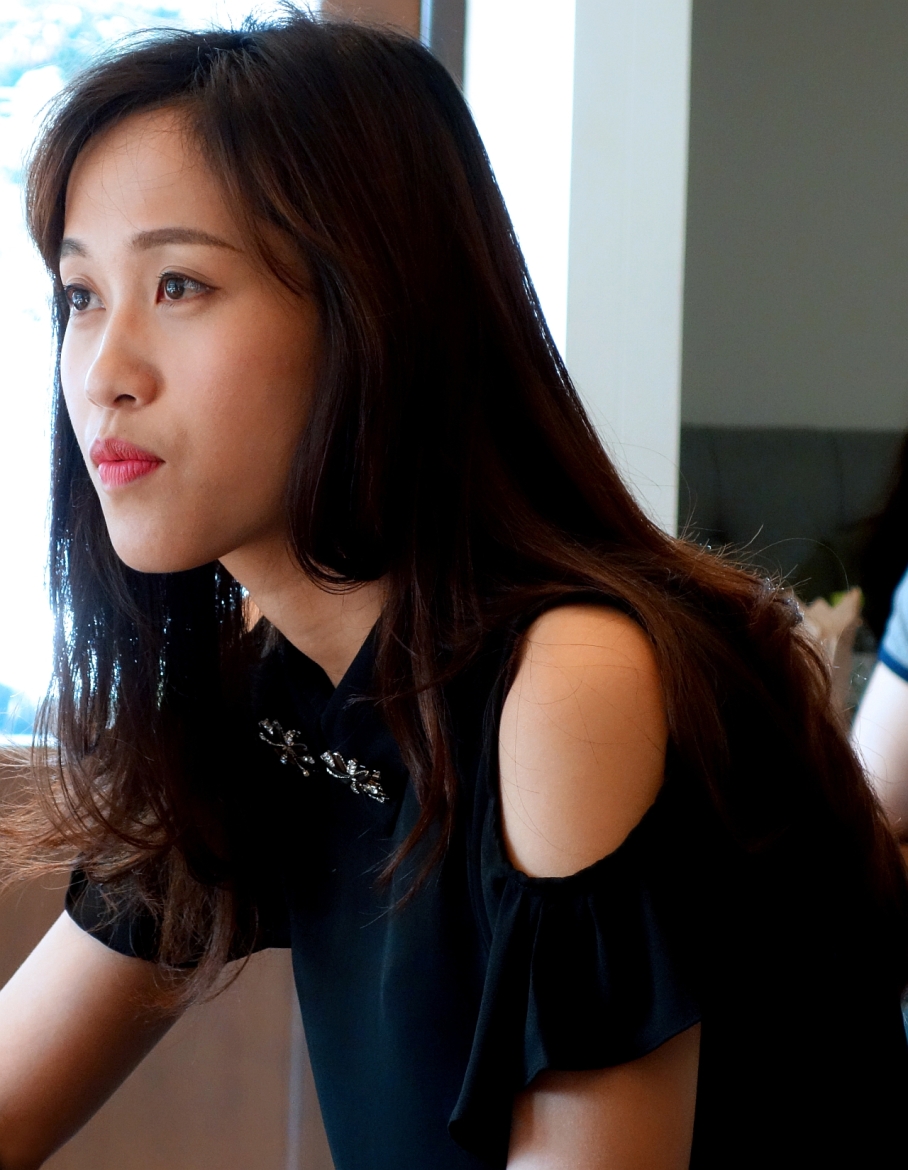 The ‘cold shoulder’ blouse has been popular in Bangkok for at least 6 years, as seen on this patron in a downtown cafe. Photo: Jagkrit Suwanmethanon

It should be noted that I am not talking about off-shoulder styles a la 1970s Brigitte Bardot, a look that exposes the entire length of the shoulder, including the collarbone, and one that gained incredible momentum a year ago. Last year, e-commerce site Lyst reported that there was a 108% “shoulder spike” in searches for “off shoulder”. Some online trendspotters attributed the mania to something Leandre Medine of Man Repeller wore, which later enjoyed massive screen time on Instagram: an extremely un-man-repelling Rosie Assouline blouse.

What I am referring to have come to be known as the “cold shoulder” blouse/shirt/dress. While I am sure wearing one isn’t like going cold turkey, I wonder if it is the same as giving someone the cold shoulder. That would amount to a tease, wouldn’t it? Throughout the history of fashion, women have always found reason and inclination to reveal portions of their body—from neck to ankle—and then reject the ensuing amorous advances. The practice is so rooted in the evolution of sex appeal that even in the Kardashian era, shoulder-baring is still regarded as enhancement of sexiness. The strong relationship between the chin and the end of the shoulder, I suspect, fuelled the craze. As chin rest, the shoulder offer women a sort of rostrum to communicate a come-hither that’s supposed to be harmless. The “cold shoulder” may not have aesthetic value, but it sure can underscore a sexy pout that can warm the cockles of a man’s heart.