This guy likes to talk big. Or is this an indication of a fall-out with Adidas, and it’s time to get back? Kanye West is not known for admirable longevity with fashion/footwear collaborators. Look at Nike. And read the rants directed at the world’s biggest footwear brand. Even up to the recent Yeezy 3 show two weeks ago, he’s still taunting Nike. And he had the audience in the show on-board too, shouting expletives like a football crowd would towards a referee kayu (the perfect pairing of ugly behaviour and ugly clothes?). Mr West doesn’t forgive and forget.

Since we’re speculating, let’s go further. This Tweet is part of a marketing blitz aimed at promoting a-less-than-impressive response to the Yeezy line. Fashion isn’t like music, and Mr West, perhaps, hasn’t been able to sell by the volume he thinks he can with his albums. Adidas, paying for it all, is desperate to see the returns. Mr West is feeling the heat. He knows that a Tweet can launch a thousand ships, if not sell the million tatters-as-tees sitting untouched in some warehouse in Bangladesh. Who’s sweating giving a few hundred Yeezys away anyway? We’re speculating. 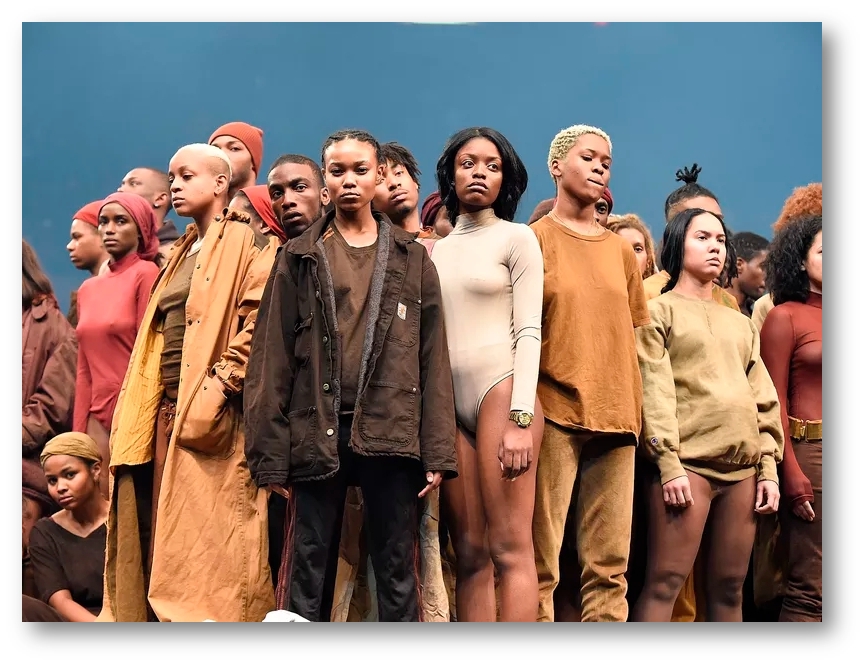 Strange thing is, even if Yeezy the shoes are selling well, shouldn’t someone in Adidas take a close look at Yeezy the clothes? Perhaps that’s not required since Mr West has publicly thanked Adidas for “paying for this (the show).” Sure, we’re speculating, but a look at Yeezy Season 3’s (intriguing: is this naming convention anything to do with Louis Vuitton’s Series?) more of the same as Season 1 and 2 encourages the suspicion that these are unwanted rags. The show, reportedly attended by more than 20,000 invited and paid guests, looked like a casting call for The 100, er, maybe season 3. And a spectacle it was, so much so that reviewers were writing about it as if it was a Madonna concert. Or Coldplay. Or whoever is rocking your Sonos wireless speaker.

If this is a “collection that changed the world”, as Mr West Tweeted to counter negative reviews of Yeezy Season 3, then it has really become a different world. Fashion, sadly, is teetering on irreversible ugliness and Mr West is adding piles to the heap. By calculated moves rather than natural talent, he has blustered his way into fashion’s stratosphere to make himself standout and be counted. As Cathy Horyn said, “Shut up. Relax. You have won.” Here, Ms Horyn, unlike us, isn’t speculating.