One of the XL versions of Loewe Puzzle Bag, spring/summer 2016

Design directors installed at storied fashion houses often embark to output not only a body of work in ready-to-wear, but also in accessories, especially bags. JW Anderson is no exception. His work at the Spanish house of Loewe has been much lauded and his introduction of the Puzzle Bag last year excited many a fashion editor, intrigued by a carry-much so oddly and unconventionally faceted.

According to Mr Anderson, this is an accidental bag. At one of his visits to the Loewe archive in Madrid, he found a fake leather bag that was so old that its upper was all peeling skin. “I traced the lines where it had cracked off the leather,” said Mr Anderson to the media, “and this very abstract shape came out. I said to my assistant, ‘I think this is the bag!’”

Note that Mr Anderson avoided the adjective ‘It’. Yet, the indeterminate geometry and much-appreciated roominess at once placed the Puzzle Bag in the ‘It’ category, even when such a grouping may spell a premature demise in an era of too many ‘It’ bags. Still, Loewe is having a rather healthy run with the bag, scoring big among fashion ‘listicles’ and street-style rankings. Surely, such visibility is a plus than a minus. 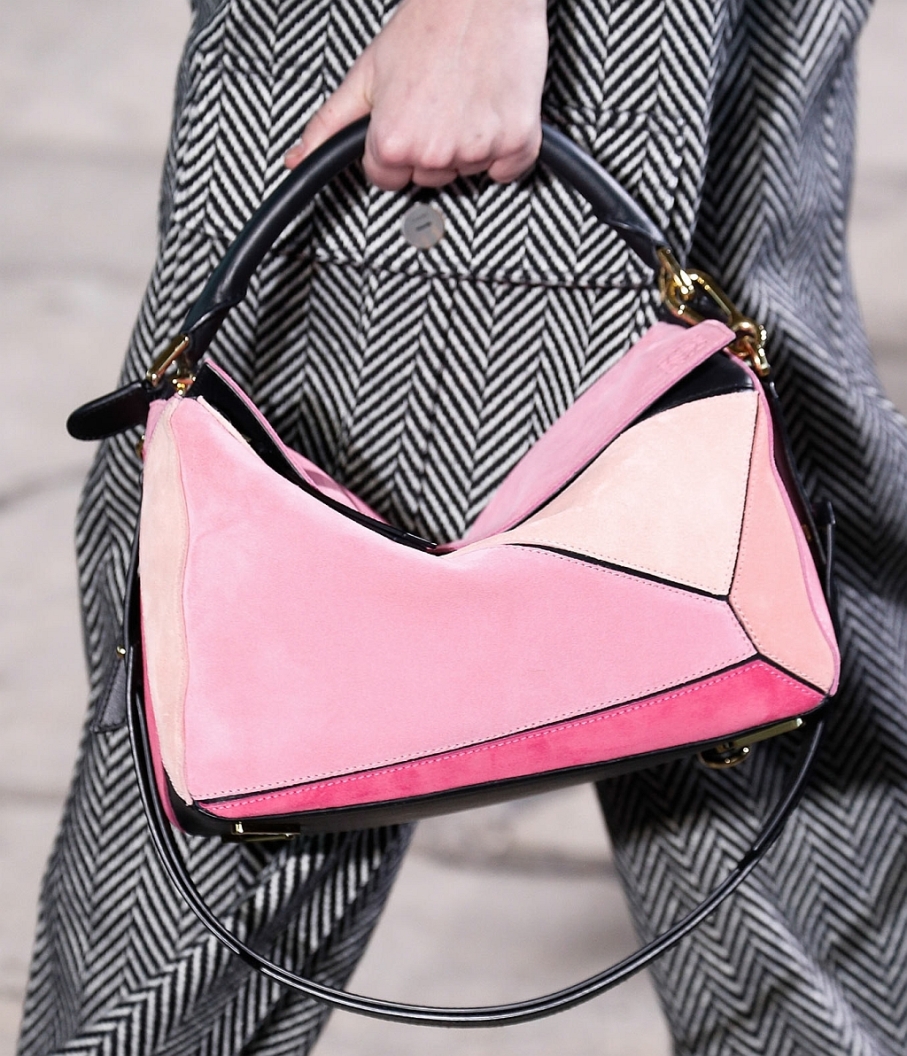 The Puzzle Bag in the Loewe autumn/winter 2015 collection

What’s really surprising is the speed in which the Puzzle Bag spawns what’s considered a men’s version. Successful women’s bags rarely cross into men’s wear. Carrying the Hermès Haut À Courroies does not mean you’re holding a male Birkin. Although it does not come branded as ‘homme’ or such gender-specific tags, the XL version (there are four sizes in all)—sans handle—is positioned to tempt the guys. It is not surprisingly that a man may be drawn to Puzzle Bag since the visual concept of the bag could appeal to those with a penchant for geometrical complexity.

The Puzzle Bag is assembled from 20-plus cuts of leather (or other material), allowing each plane to take on different colours and textures. This flexibility encourages experimentation, and Mr Anderson has been adventurous—in particular, the limited-edition X Ray Puzzle Bag (top). This XL version looks like it is made from a collage of manga pages, only more luxurious since it’s a juxtaposition of textured, embossed, printed, and calf leathers.  However you carry this Puzzle Bag, it is the magazine Nakayohi meets the district Roppongi!