Just as we thought retailers in Singapore are not reacting to the Peanuts anniversary that drew many fashion labels to Charlie Brown and gang, Isetan brought in two items we had mentioned in a previous blog post, but did not show as we thought they weren’t available here.

One: The gingham shirt by Japanese label Digawel. It is emblazoned on the chest, in bold, black font, the cryptic name Joe Cool. Snoopy fans will know this is Charlie Brown’s pet as a college student. Joe Cool, therefore, has the same appeal as signs and symbols to the semiotics student. The charm of Snoopy is not his imaginary friends, but imaginary selves!!!

Among the many alter-egos that play leading roles in Snoopy’s fantasy lives, the Flying Ace is the most recognisable. However, a World War I aviator is not going to enthrall the present generation of fashion consumers. Joe Cool may: that very name could resonate with those seeking a persona that is bursting with awesomeness.

Two: a wallet that has Snoopy adopt a character that happens to be a brand name that is big in Japan. Last year, Porter celebrated its 80th Anniversary, making the bag label 15 years older than the Peanuts gang. That, we’re sure, isn’t going to stop the beagle from his imaginative role-playing. To Joe Cool and Flying Ace, we can now add the Porter.

Olivier Rousteing was no more than 5 years old when super-models Claudia Schiffer, Cindy Crawford and Naomi Campbell (together with Christy Turlington, Linda Evangelista, and Tajtana Patitz) collectively became the superstars that models preceding them never turned out to be. Mr Rousteing couldn’t have been aware of these women’s status in fashion any more than being enthralled with the games that he played as a pre-schooler. Yet, now, he’s paying homage to them as if somehow they were an influential part in his early life and on his journey to becoming one of today’s most watched (and socially followed) designers. For the Balmain spring/summer 2016, he has united a trio of the original ’90s super-models to front the season’s advertising campaign. Is this innocent idol worship or another calculated round of celebrities to add to an already giddy pile of famous names?

The black and white photograph, first shared by Mr Rousteing via his Instagram page, is, perhaps, more than a passing nod to the women who partly shaped a generation; it is possibly a reference to the iconic, also monochromatic, photo that many believe launched the careers of these models and ratified the phenomenon that prefixed a rather prosaic job description with the word ‘super’ (despite the glamour it suggested, there is a rather comic ring to the name, more so if you consider Janice Dickenson’s claim to have coined the word). That photo, shot by Peter Lindbergh in New York in 1989, featured (a very young and raw) Naomi, (the older and more polished) Linda, Tajtana, Christy, and Cindy—yes, all were known by their first name, just like Madonna or lasses in Indonesia—in a surprisingly un-haughty pose and in rather unexciting clothes (jeans!) with, gasp, barely-there makeup. It would be a shot that fashion editors would later say typified Mr Lindbergh’s work: the models were handpicked by the man, they wore little makeup, and the clothes were often not over-the-top. Still, it made it to the cover of British Vogue in January 1990.

The Peter Lindbergh-lensed photo that became the cover of British Vogue in January 1990. Photo: Vogue

That Vogue cover not only seriously launched the careers of those on it; it opened doors to pop stardom for them. It was reported that as soon as George Michael saw that issue of the Condé Nast publication (then helmed by Liz Tiberis before her move to American Harper’s Bazaar in 1992), it was an instant casting call for his music video Freedom. In 1991, the super-model’s status was sealed when these women strutted in Gianni Versace’s March couture show—their starring roles in the Freedom video projected behind them. Mr Lindbergh, in the same year, directed Models: The Film. As the narrator in the black-and-white movie said, “The super-models are to millions of teenage-girls what rock stars are to teenage-boys: an adolescent fantasy comes true. The super-models are the princesses of modern-day fairy tale: the daughters of factory workers and broken homes have gone straight to the bank.”

And banking on their past aura and mystery is what the young designers of today are doing with models of yore, specifically the late ’80s, when “a pack of women emerged, whom the industry has since dubbed the supermodels, who enlivened fashion though personality and verve and helped attract the eyes of the world,” as Nigel Barker informedly wrote in his book, Models of Influence: 50 Women who Reset the Course of Fashion. Is the resurgence—“dream come true” for Mr Rousteing—a moment of nostalgia or a reflection of the boredom with today’s bland models with equally trite lives? As Grace Jones, herself a model in the ’70s before she took to singing and acting, said, “Models are there to look like mannequins, not like real people.” 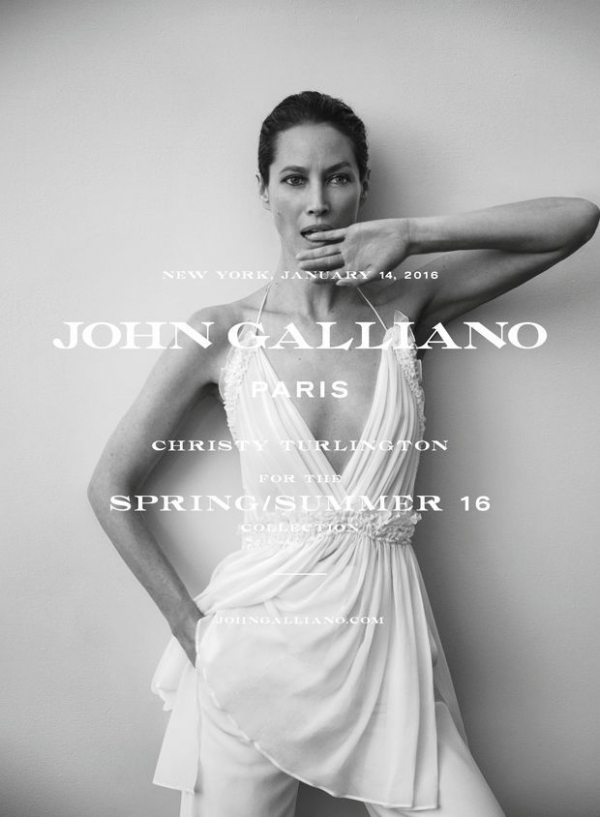 Perhaps it is the reflection of the times. While Rousteing’s chosen trio glammed things up with those hard-to-fathomed-how-desirable-they-can-be clothes, other old-timers are playing the reality card. Christy Turlington, shot by Inez van Lamsweerde and Vinoodh Matadin, looks disconcertingly un-glamorous in John Galliano’s spring/summer 2016 campaign. Not to be outdone in the let’s-not-over-do-it stakes are Nadja Auermann, Stella Tennant, Eva Herzigova, and Yasmin Le Bon in Giorgio Armani’s “New Normal” (Normcore reborn?), Peter Lindbergh-lensed advertising series, all looking as if they’ve worn their school uniform for a high-school reunion.

The super-models of yesteryear are no more, just as our own posse of top girls—Ethel Fong, Hanis, Pat Kraal, Nora Ariffin—are but a distant memory, if at all enjoying any recall, for most Singaporeans. Many of today’s models, no matter how palpable their endeavour, still remain at arm’s length to the polish of the girls of those early years. Current faves Kendal Jenner and Gigi Hadid (the Hadids!) often look like school girls playing grownups, with no emotional connection to the viewer. Sure, every decade and every generation have their own aesthetic preferences, but has glamour, like fashion, become too ‘street’ and ‘real’ to be glamorous? 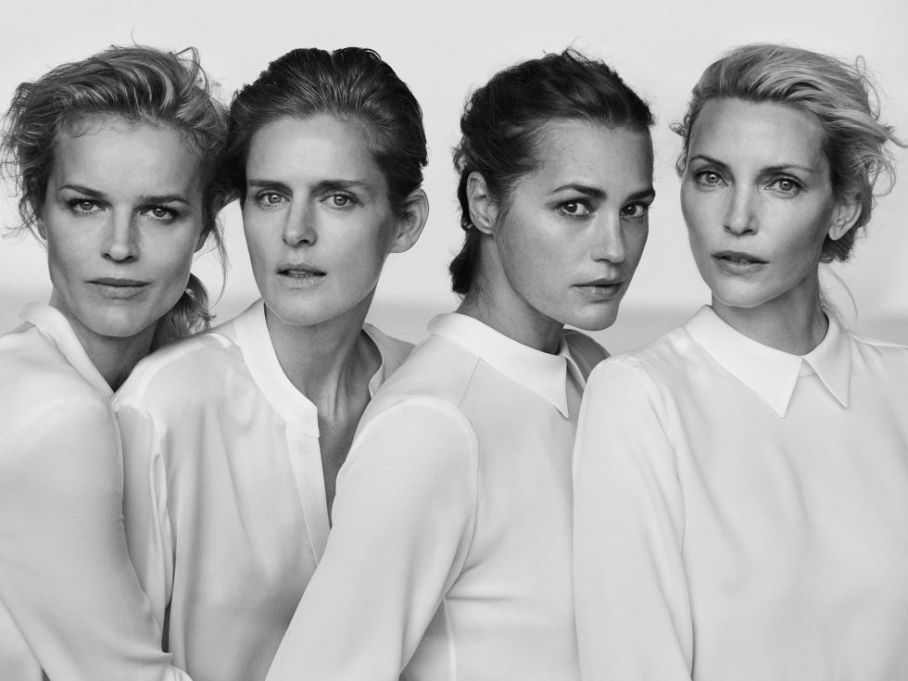 “Models are glamourous because that’s what we do,” Cindy Crawford had once said. However, with Instagram, we often get to come up front with the not-so-glamourous aspect of a model’s life. The mystique is no more when professional and personal lives are one, when a private moment is public enjoyment, when online folly is all-round jolly. The “verve” Mr Barker mentioned is there, but it is more a spirit of desperation, aided by widely-exposed digital platforms, than a vigour of deserving success.

“I don’t just bring my body to work; I don’t just consider myself just a hanger for the clothes,” said Ms Crawford. If only Kendal and co concur.